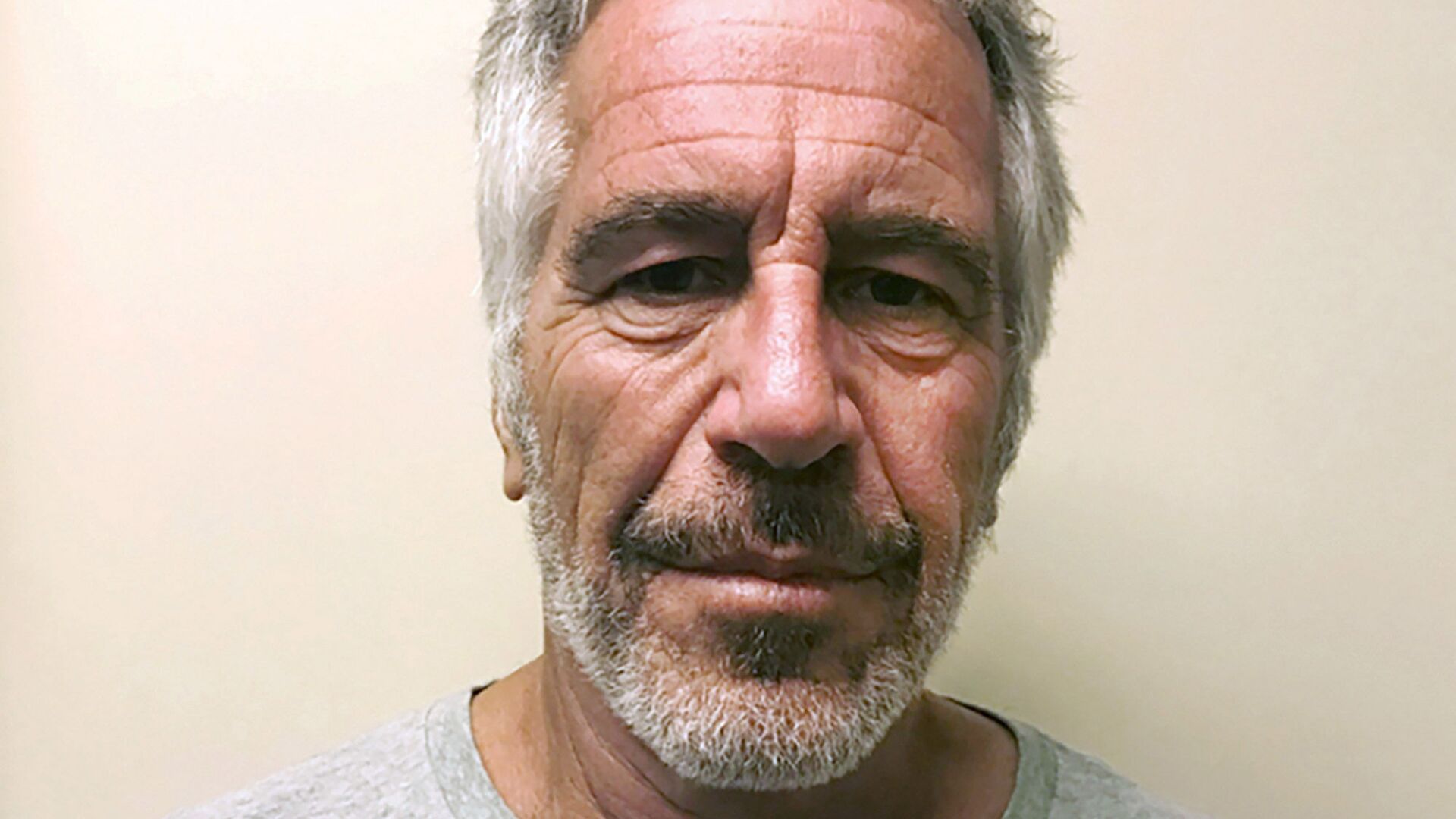 © AP Photo / New York State Sex Offender Registry
Subscribe
International
India
Africa
Kirill Kurevlev
Managing Editor
All materialsWrite to the author
An ordinary-looking photo of a young girl falling asleep in the arms of American financier Jeffrey Epstein has taken on sinister overtones, given the fact that the kindly-looking man turned out to be a sex offender and pedophile with multiple charges of sex trafficking and harassment toward minors.

Late convicted felon Jeffrey Epstein is seen cuddling a sleeping young girl on his lap while on board his private jet during a visit to Walt Disney World circa 2004 in one of many never-seen-before photos obtained recently by The Daily Mail.

In the picture, Epstein is slumped back in a leather seat of the plane and looking at the girl as his arm is wrapped around her back and the other over her bare knee. The child is reportedly sleeping after a long day at Florida's Disney World with Epstein's girlfriend Ghislaine Maxwell.

"It had been a long day and the girl just fell asleep in his arms. The picture is terrifying based upon what we know now but it was entirely innocent," the report quotes an anonymous source who purportedly participated in the trip as saying.

Other pictures, reportedly taken at the Crystal Palace buffet restaurant in the Magic Kingdom, show Epstein enjoying himself at the resort and having lunch surrounded by families with kids. In one of the shots, he is seen talking to the same little girl sitting on the lap of another man, whose face is blurred as well, while an actor dressed as Disney character Piglet is posing with the group.

"It was a fun day. We ate in a restaurant with two of Jeffrey's friends who he met there. Jeffrey however did not eat lunch. I hardly ever saw him eat at a restaurant. Food always had to be prepared by a personal chef," the source said.

According to the report, Epstein paid all the fees during the trip to Disney World in Florida and was accompanied by ten people, including Maxwell, his personal assistant Sarah Kellen, and Slovak model Nadia Marcinkova.

The group was reportedly given a VIP tour of the park and stayed until late in the evening.

"After a long day we boarded the plane in Orlando and went back to Palm Beach. That was when the little girl fell asleep on his knee," the source explained.

Epstein was accused of organizing private parties involving minors, who were reportedly lured there with the help of Maxwell. Parties were frequented by creme de la creme and celebrities, among whom purportedly was Prince Andrew, UK Queen Elizabeth’s youngest son, who, according to the witness testimony had intercourse with Virginia Roberts, underage at the time, as she was allegedly ordered to do so by Epstein.

In 2008, the ex-financier pleaded guilty to soliciting sex for a minor and spent just 13 months in prison. He was arrested on suspicion of human trafficking in July 2019, allegedly killing himself in a detention center a month later while awaiting trial.

Epstein was charged with sexual harassment of minors and human trafficking, among other crimes. His former girlfriend Maxwell is currently held in the same detention center in New York, and is awaiting trial as Epstein's accomplice.