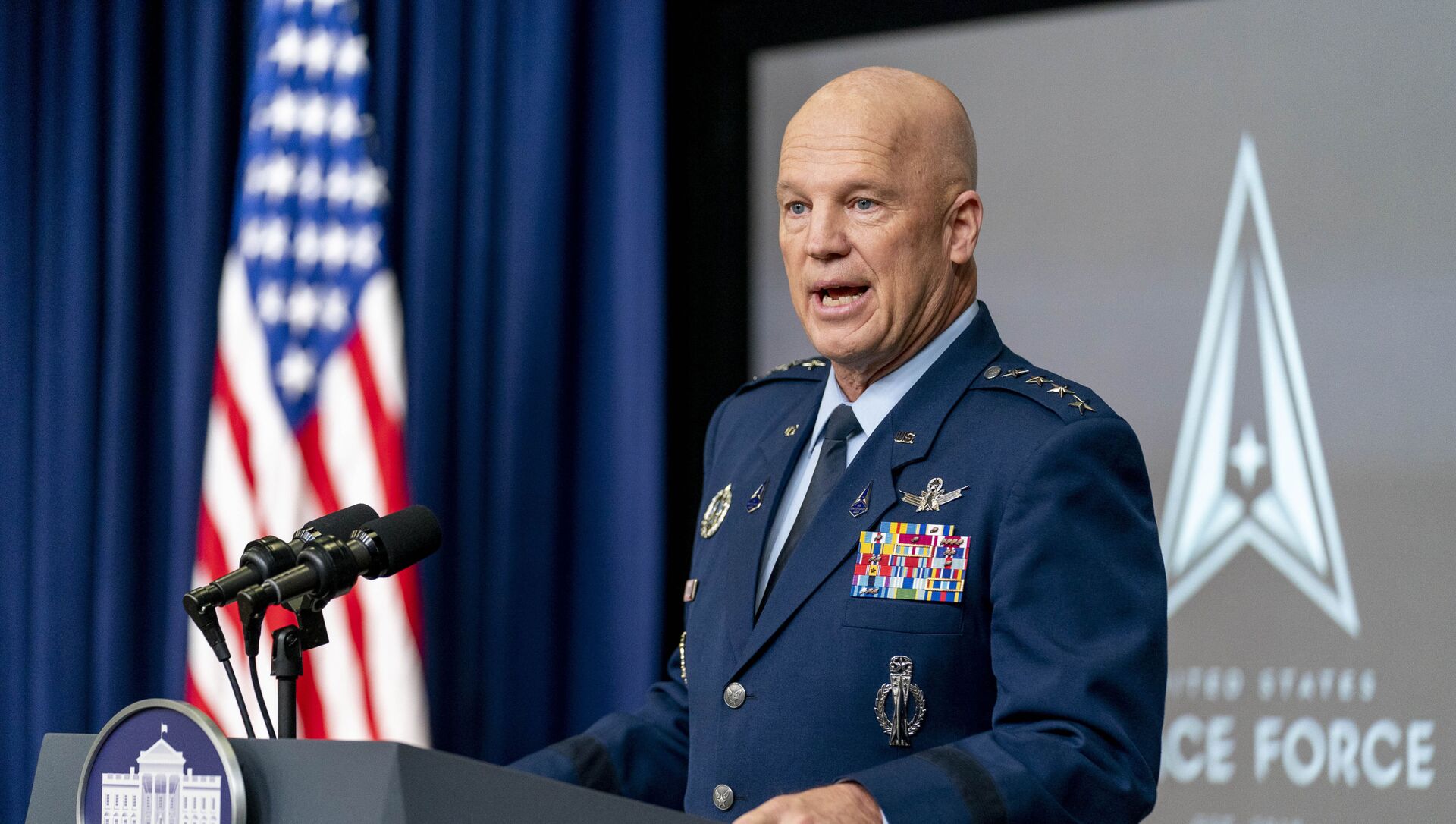 Kirill Kurevlev
Managing Editor
All materialsWrite to the author
Ever since former President Trump started talking about it early on during his time in office, the Space Force has gained the attention of many Americans, while lawmakers in both parties see it as integral to ensuring that the military gives space the priority it requires in order to fight China and Russia.

The Chief of Space Operations General Jay Raymond said that there might be a public relations issue with the newest military branch, as the relation between what the Space Force does and how it affects US people is difficult to understand, the Hill reported Wednesday.

"Space doesn’t have a mother. You can’t reach out and hug a satellite, you can’t see it, you can’t touch it. It’s hard to have that connection if it’s 22,300 miles above your head,” Raymond is quoted by the outlet as saying. "But there is a very, very, very strong connection between those capabilities and our way of life."

His commentary follows the White House Press Secretary Jen Psaki appearing to belittle the new military service during her Tuesday briefing. She was asked by the correspondent whether the President, Joe Biden, will preserve the one-year-old Space Force and what its purpose was going to be.

"Wow, Space Force. It’s the plane of today,” she replied. “It is an interesting question. I am happy to check with our Space Force point of contact. I’m not sure who that is. I will find out and see if they have any update on that."

.@PressSec: "Wow, Space Force. It's the plane of today." pic.twitter.com/vanEWudHvE

After Republicans accused her of making fun of the military, Psaki said the administration would continue to work on the Space Force and welcomed service leaders "to come visit us in the briefing room anytime to share an update on their important work."

Although the communication strategy of the Space Force was "spectacular", Raymond admitted that the American public has yet to fully appreciate the importance of the service, which he partly blamed on the need to "severely classify what the threats are out there."

Raymond also recalled how his mother called him some months ago to ask whether her son knew that the US Air Force and Space Force were dealing with technology, as she had just watched a TV segment on the subject.

At the press briefing on Wednesday, Psaki said that the US administration fully supports the Space Force and has no plan to revisit the decision to establish it.

“They absolutely have the full support of the Biden administration, and we are not revisiting the decision to establish the Space Force,” Psaki said during a press briefing.

“The Space Force was established by Congress, and steps would actually have to be taken by Congress, not by the administration," Psaki said.

In his turn, Raymond said he hasn't had the chance to talk about space with Biden, but he would "welcome the opportunity."

“I am very proud of the guardians in the Space Force. I see the value of this force each and every day,” he said. “I’m happy to talk to anybody about the great work and I’d welcome the opportunity.”

In December 2019, the administration of President Trump established the Space Force as a separate military branch, with the force consisting of around 10,000 personnel and 77 satellites. As declared, its task is to "protect US interests" in the "next battlefield", which space could become.

Discussions have been taking place in the US over the establishment of an autonomous Space Force for years, dating back to the presidency of George W. Bush. Trump's proposal received a mixed response, but has been lauded by many lawmakers.

However, both internally and externally, it has also been criticized, and among its critics, China and Russia, in particular, have raised concerns that the new military force in space may result in an arms race in orbit that could endanger the whole world.