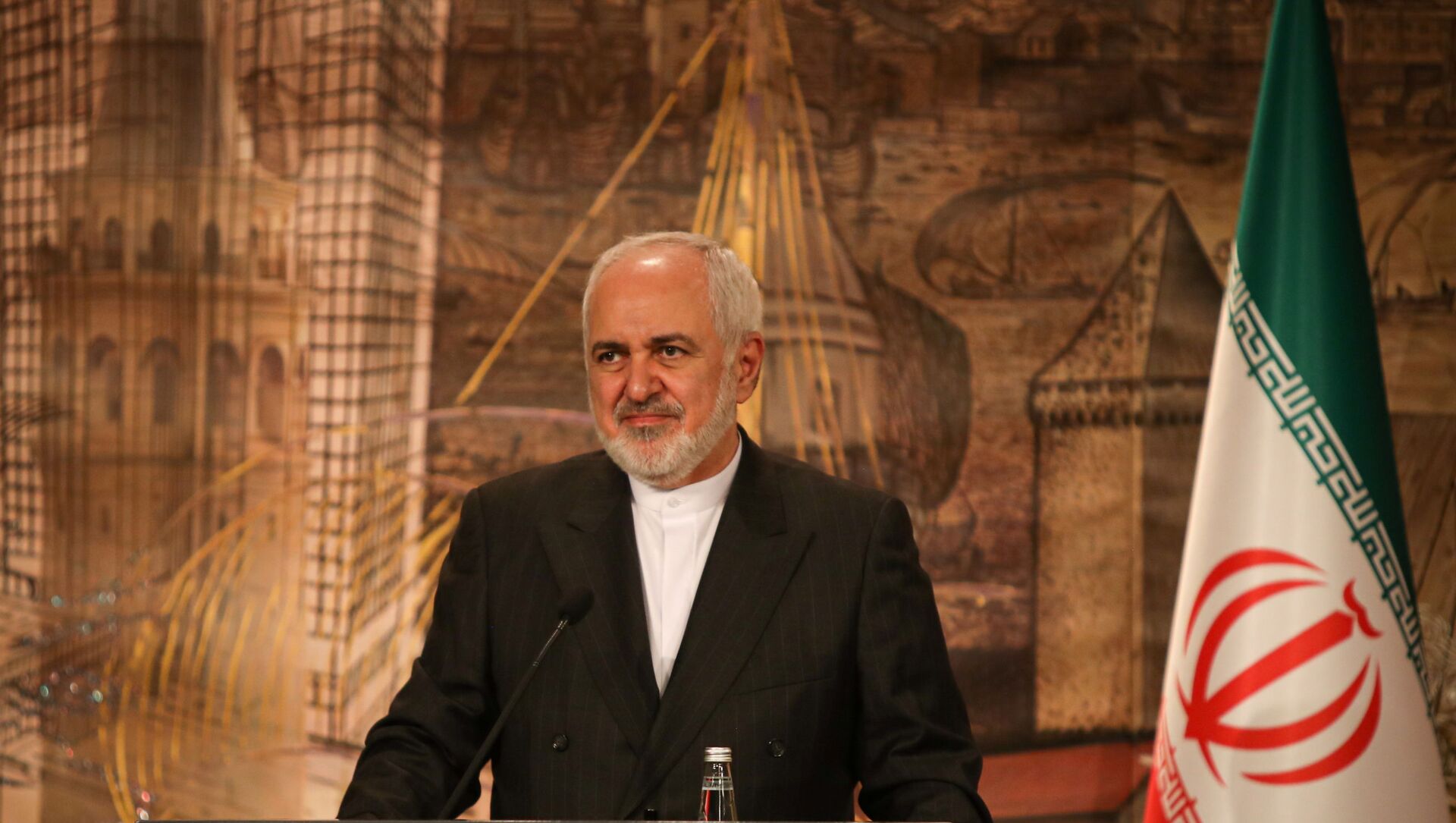 © REUTERS / TURKISH FOREIGN MINISTRY
Subscribe
Mary F.
All materialsWrite to the author
Tensions between the US and Iran has been high since the US assassinated top Iranian General Qassem Soleimani, the head of Iran's Islamic Revolutionary Guard Corps' (IRGC) Quds Force, in Iraq on January 3, 2020.

In a recent statement, Iranian Foreign Minister Mohammad Javad Zarif commended an Iraqi court’s decision to order the arrest of former US president Donald Trump for the assassination of top Iranian General Qassem Soleimani and Abu Mahdi al-Muhandis, an Iraqi leader and commander of the Popular Mobilization Committee, who was also assassinated on January 3, 2020, by the US.

“Putting an end to the presence of US forces in the region would be the best response to this terrorist act,” Zarif is quoted as saying during a Wednesday meeting with Iraqi Minister of Foreign Affairs Fuad Hussein in Tehran, PressTV reported.

“We must not allow the blood of the martyrs Abu Mahdi al-Muhandis and Qassem Soleimani to go in vain, and organizers as well as perpetrators of this terrorist crime must be prosecuted and severely punished,” Ali Shamkhani said in a meeting with the Iraqi foreign minister in Tehran.

The arrest warrant against Trump was issued by a judge in Baghdad’s investigative court on January 7, AP News reported at the time.

Under the Iraqi penal code, those who commit premeditated murder may face the death penalty.

According to the Supreme Judicial Council, the decision to issue the warrant was made “after the judge recorded the statements of the claimants from the family of Abu Mahdi al-Muhandis,” AP reported.

Relations between Israel and Iran have also been particularly poor after top Iranian nuclear scientist Mohsen Fakhrizadeh was killed, reportedly by a remote-controlled machine gun, east of Tehran on November 27, 2020.

According to Iran’s Supreme National Security Agency, Israeli spy agency Mossad and the People's Mujahedin Organization, an Iranian political-militant organization, were involved in Fakhrizadeh’s killing. Israel, however, has not claimed responsibility for Fakhrizadeh's death.