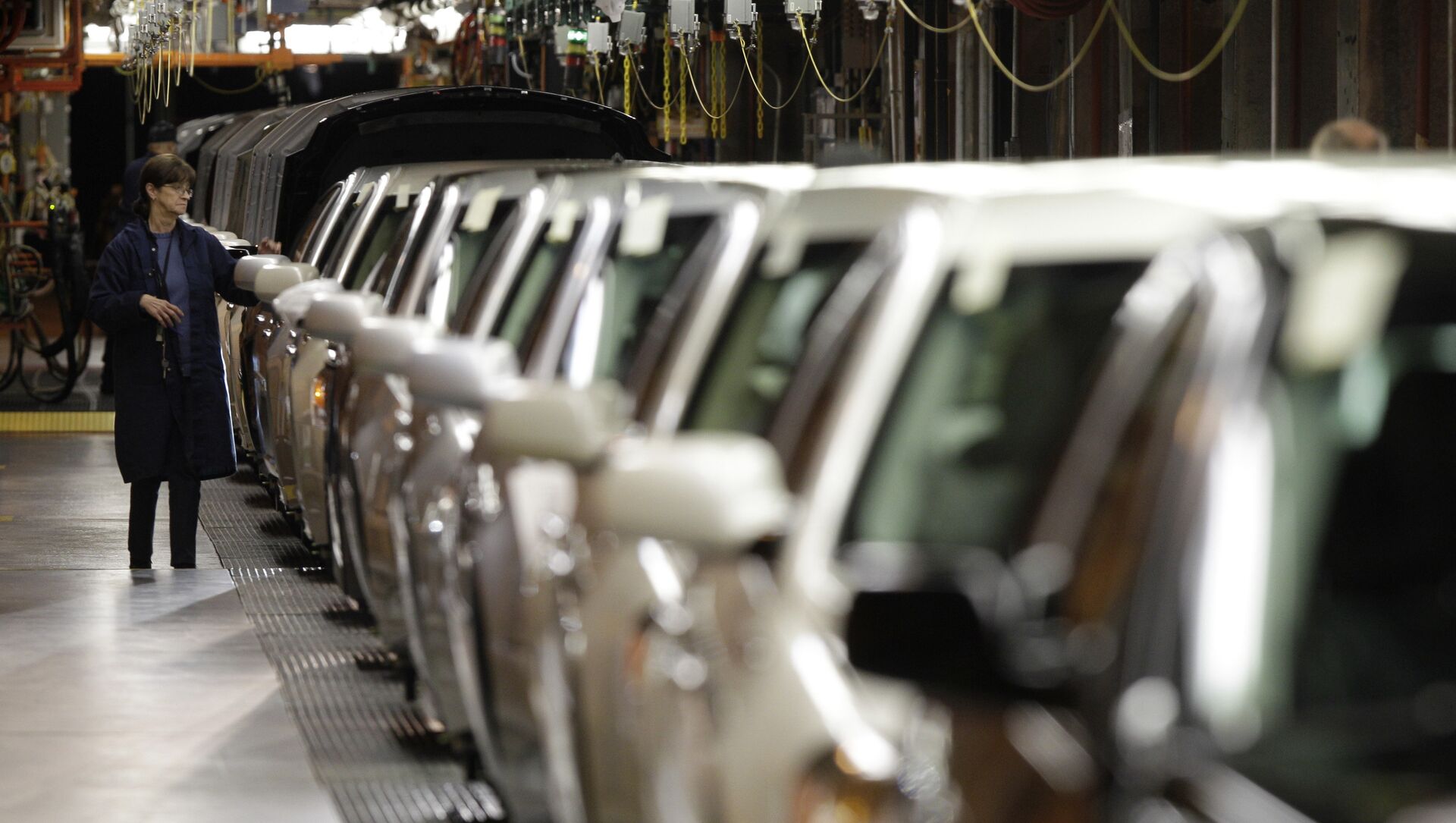 Morgan Artyukhina
All materialsWrite to the author
US sanctions on China’s largest semiconductor manufacturer could be hurting US companies especially badly amid a global shortage of electronic chips.

General Motors announced on Tuesday it was joining the list of automotive companies that were temporarily slashing production amid a global shortage in semiconductors.

According to a Tuesday report by Reuters, General Motors will shut down its factories in Fairfax, Kansas; Ingersoll, Ontario; and San Luis Potosi, Mexico, for a week beginning on February 8. That same week, its Bupyeong 2 plant in South Korea will operate at half-capacity.

“Despite our mitigation efforts, the semiconductor shortage will impact GM production in 2021,” GM spokesman David Barnas told Reuters. “Semiconductor supply for the global auto industry remains very fluid. Our supply chain organization is working closely with our supply base to find solutions for our suppliers’ semiconductor requirements and to mitigate impacts on GM.”

Barnas didn’t say how much production would be lost, but indicated the company would keep the factory lines producing its highest-selling automobiles, including full-size pickup trucks, SUVs, and the Chevrolet Corvette sports car.

Citing data from IHS Markit, Automotive News reported Tuesday that the chip shortage would reduce global automobile production by 672,000 vehicles in the first quarter of 2021; data from AutoForecast Solutions indicated the shortage had already resulted in 564,000 less vehicles being made and could reduce production in 2021 by a further 964,000.

GM is just the latest automaker to face cutbacks due to the shortage. Last week, Ford said it would temporarily eliminate two of three shifts at its Chicago factory and was extending a plant closure in Louisville, Kentucky, for another week.

Other companies that have reduced production include Toyota, Volkswagen, Honda, Mercedes-Benz, Audi, Subaru, Nissan, Stellantis, and PSA Group, among others.

According to the New York Times, the shortage has been created by a global spike in demand for home electronics as millions of people began working from home during the COVID-19 pandemic, buying computers, tablets, and other devices that require similar semiconductor chips to those used in the computers that govern car functions.

The foundries that make semiconductor chips, most of which are based in mainland China and Taiwan, have been rushing to increase production. However, US companies face an especially dire situation thanks to sanctions the Trump administration placed on China’s largest semiconductor foundry, the Shanghai-based Semiconductor Manufacturing International Corporation (SMIC).

US firms wishing to buy from the partially-state-owned Chinese company must first obtain a special license from the US Department of Commerce. The administration of former US President Donald Trump blacklisted SMIC and several other firms after claiming that doing business with them benefited the People’s Liberation Army, although SMIC has denied any connection to the Chinese military. The firm’s many customers include Qualcomm, Broadcom, and Texas Instruments.

The irony of the situation is that Trump credited his trade war with China for having reinvigorated the US automobile industry.

Michael Hogan, a senior vice president at California-based chipmaker GlobalFoundries, told the Times in mid-January that clearing up the shortage could take another six months, adding that “We are doing everything humanly possible to prioritize our output for automotive.”

Electronics manufacturer Sony also announced on Tuesday that the semiconductor shortage would prevent it from ramping up production of the Playstation 5, its newest gaming console.