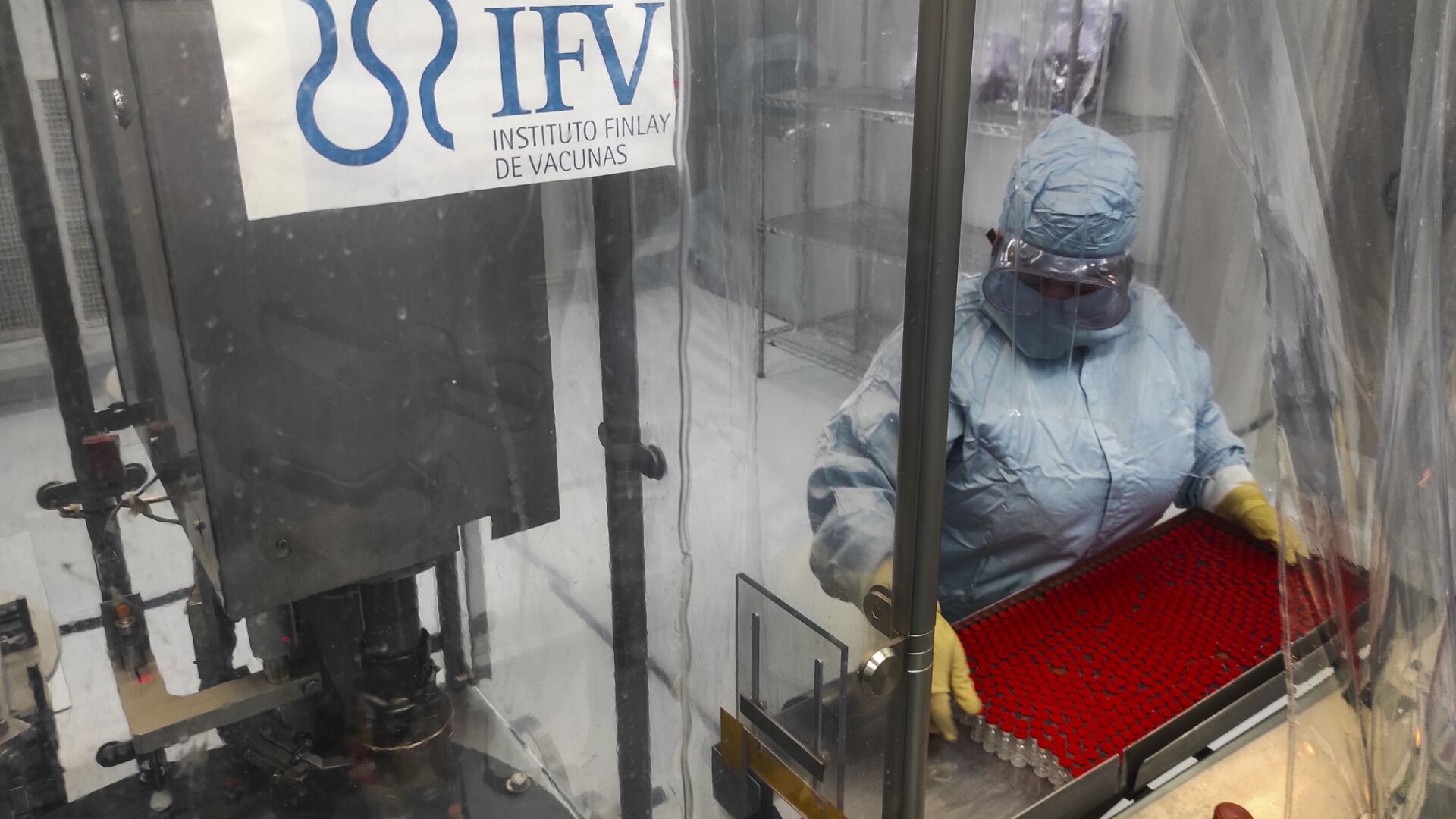 Morgan Artyukhina
All materialsWrite to the author
Cuban doctors have been hailed across Africa and Latin America for providing the “backbone” of numerous nations’ responses to the COVID-19 pandemic. However, the US government has attacked the medical brigades, claiming they are engaging in human trafficking, and has encouraged nations such as Brazil and Bolivia to expel them.

Tourists arriving in Cuba will be offered the chance to be vaccinated against COVID-19 if they so choose, a leading Cuban doctor recently said. The country is developing four vaccines for SARS-CoV-2, the virus that causes COVID-19, and has plans to rapidly vaccinate the entire population.

“Would you travel to Cuba to get vaccinated?" asks a recent video produced by TeleSUR.

In the video, Vicente Vérez, the director of Havana’s Finlay Institute medical research center, says the country intends to produce 100 million doses of the Soberana 02 vaccine this year and to vaccinate the entire Cuban population of 11.3 million people. The country will also offer the vaccine to Iran, Venezuela, Vietnam, and India.

“Tourists will be given the option, if they want, to be vaccinated in Cuba as well,” Vérez says.

​Either way, visitors to the island nation will be required to quarantine for several days at their own expense upon arrival, until they get negative results from a PCR test, according to Dr. Francisco Duran, head of Epidemiology at the Cuban Ministry of Public Health. Similar measures were used last spring to successfully contain the virus. The move comes as COVID-19 cases are sharply rising in Cuba for the first time since the spring, including from the new South African strain.

Meanwhile, 90 miles north in the US state of Florida, “vaccine tourism” has become a subject of ire as vaccine supplies run short and daily new COVID-19 cases and deaths remain high.

“We’re discouraging people to come to Florida just to get a vaccine,” Florida Governor Ron DeSantis said at a press conference last month, according to the Miami Herald. “If they have a residence and they’re not just kind of flying by night for a week or two, I’m totally fine with that. [Snowbirds] are much different than someone just showing up and saying give me a shot and then they’re going to fly back somewhere; we’re obviously not going to do that.”

Soberana 02 isn’t the only vaccine Cuba is producing: three others are in various stages of testing, including the Abdala vaccine, which began Phase 2 trials on Monday, according to TeleSUR. The other two vaccines are Soberana 01 and Mambisa, the latter of which has an unusual form of delivery, via nasal spray.

Cuba’s development of not one but four COVID-19 vaccines is remarkable, considering the increased pressure put on the socialist nation by the United States over the last year, including being placed on the US State Department’s list of state sponsors of terrorism last month. It has been under embargo by the US since 1960.

The sanctions have put a major dent in Cuban tourism, a mainstay of the country’s economy since the collapse of the Soviet Union 30 years ago. Even before the pandemic hit, Cuba registered a 9.3% drop in tourism in 2019, as the Trump administration reimposed travel restrictions that were relaxed late in Barack Obama’s presidential term.

Cuba has one of the highest ratios of doctors per capita on the planet and Cuban doctors have played a major role in the Third World in fighting the COVID-19 pandemic, providing medical expertise in more than 40 countries. Ralph Gonsalves, prime minister of Saint Vincent and the Grenadines, and chairman of the Caribbean bloc CARICOM, told Reuters that in many Caribbean countries, Cuban doctors comprise “the backbone of the response to the pandemic.”

In 2019, nearly every member state at the United Nations voted to condemn the blockade for its "incalculable humanitarian damages" and calling it "a flagrant, massive and systematic violation of human rights" and noting it "qualifies as an act of genocide under Articles II (b) and (c) of the Convention on the Prevention and Punishment of the Crime of Genocide."

The only nations to vote against the resolution were the US and Brazil, while US allies Colombia and Ukraine abstained.