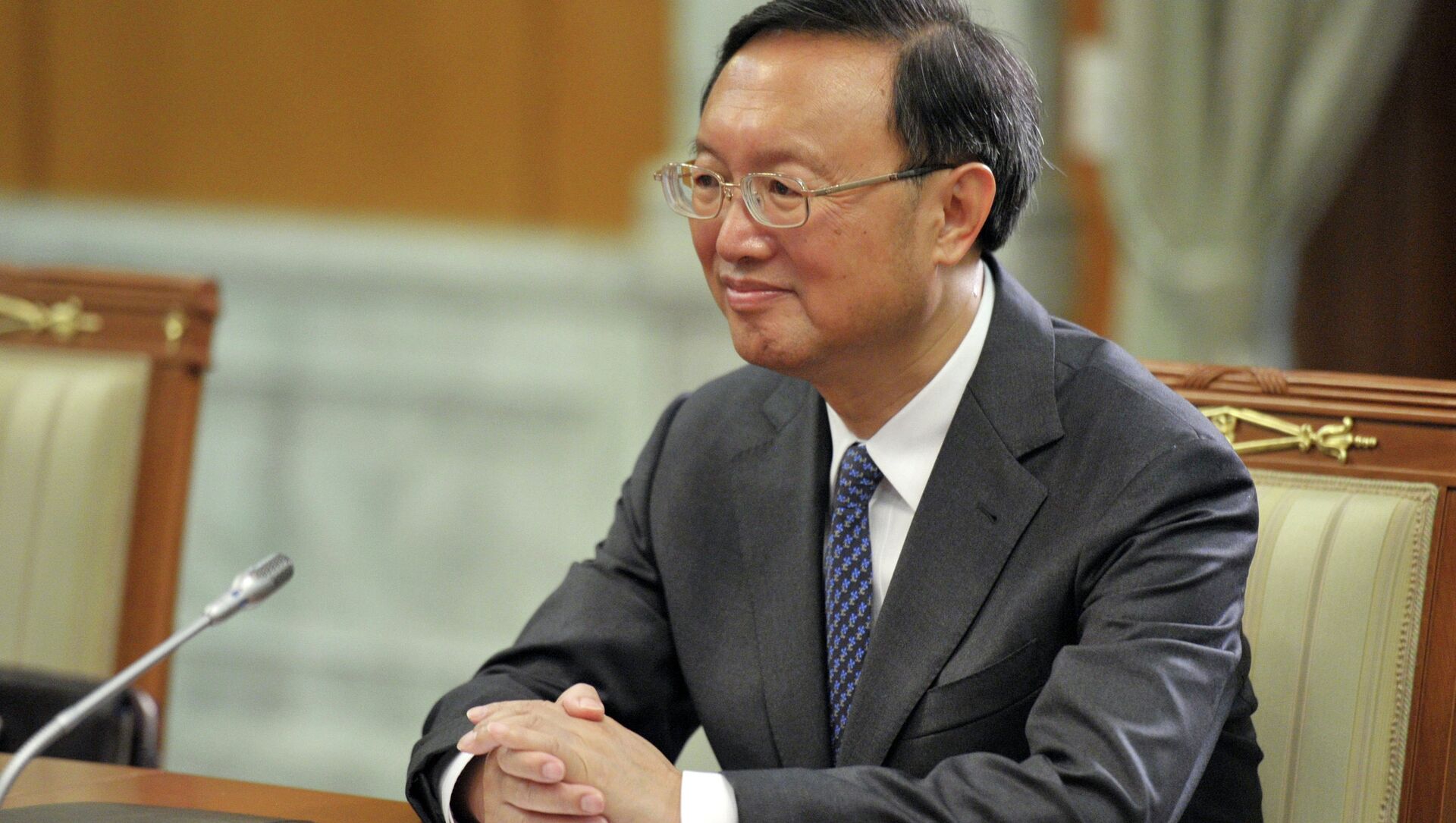 Arty Katkov
All materialsWrite to the author
The top foreign policy official said the countries should seek common ground while putting aside differences and keeping disagreements under effective control.

China's seniormost foreign policy official, Yang Jiechi, who sits on the Communist Party's 25-member Politburo, said in a video address to a New York-based US-China group, the National Committee on US-China Relations, that the US under Donald Trump had followed "misguided policies" and called on the new administration to change course.

"For the past few years, the Trump administration adopted misguided policies against China, plunging the relationship into its most difficult period since the establishment of diplomatic ties", said Yang, adding: "We in China hope that the United States will rise above the outdated mentality of zero-sum, major-power rivalry and work with China to keep the relationship on the right track".

The Chinese diplomat said the two countries needed to broaden cooperation on issues such as the ongoing coronavirus pandemic and manage their differences on what he described as China's "core interests", including Taiwan, Hong Kong, Tibet, and Xinjiang, warning about a "red line" the US should not cross.

"They constitute a red line that must not be crossed", he said, "any trespassing would end up undermining China-US relations and the United States' own interests".

"We in China hope that the US side will fully understand the sensitivity of these issues and handle them with prudence, so as to avoid disruption or damage to mutual trust and cooperation", he added.

Can Relations be Fixed?

Relations between Washington and Beijing deteriorated under Donald Trump, who started a so-called trade war by slapping steep tariffs on Chinese goods. Despite campaigning to try and fix the tense relationship after Donald Trump's term, the Biden administration has begun ramping up tensions with China since coming into office.

Washington deployed a strike group to the South China Sea as well as publicly promised to help Japan defend the Senkaku Islands, a strategic archipelago of uninhabited rocks contested by Tokyo and Beijing situated in the East China Sea.

White House spokeswoman Jen Psaki has repeatedly stated that Washington's new approach towards Beijing will be from a "position of strength", which she described as "cooperating and coordinating" with foreign partners, as well as members of Congress on ways to work with China.