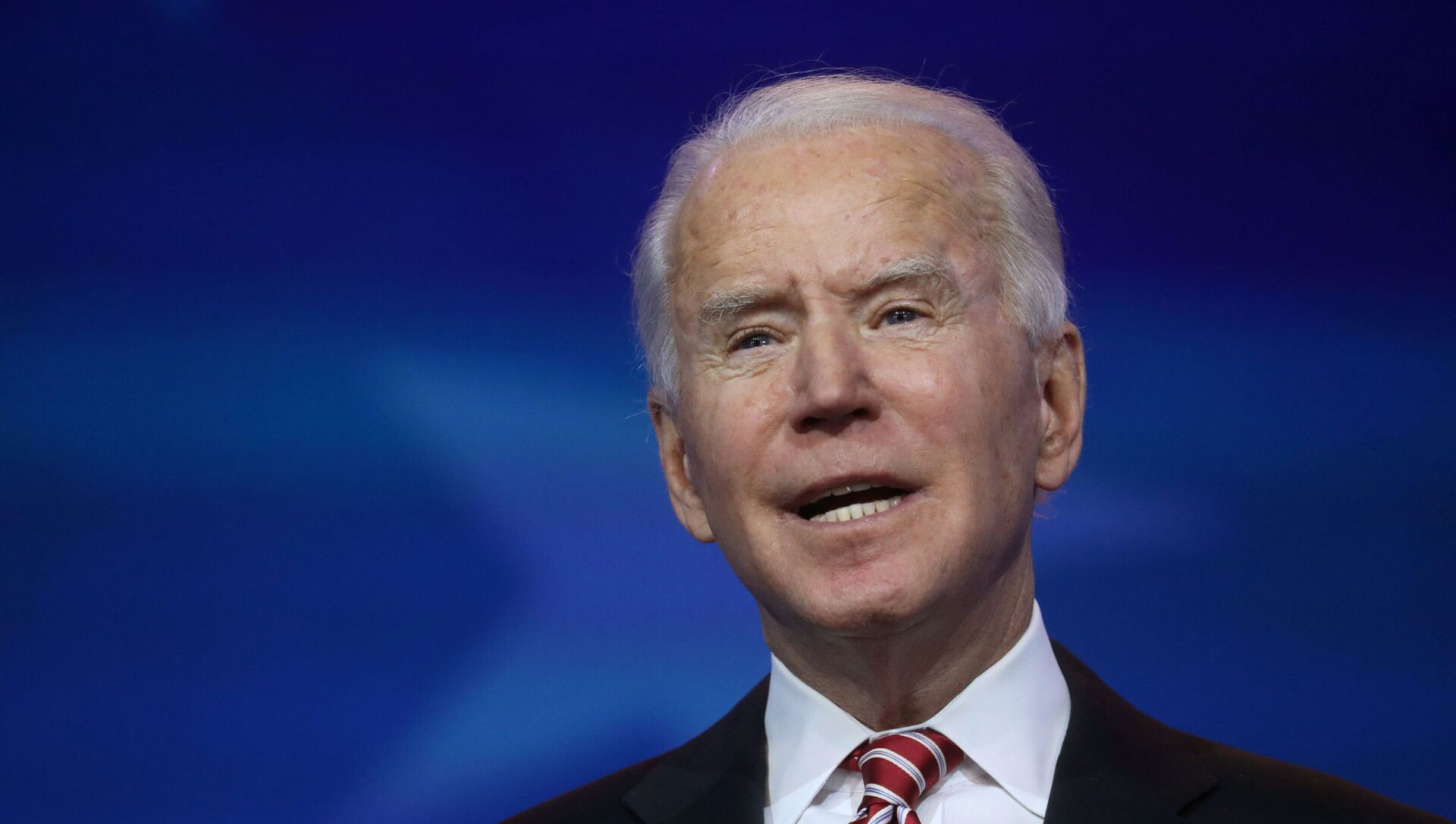 Svetlana Ekimenko
All materialsWrite to the author
Myanmar's military, Tatmadaw, detained National League for Democracy Party (NLD) leader and State Counsellor Aung San Suu Kyi, as well as President Win Myint and other members of the ruling party on 1 February, voiding the NLD's landslide November election victory in response to alleged voter fraud and declaring a state of emergency for a year.

US President Joe Biden has made a statement warning that America could reinstate sanctions on Myanmar in light of the military takeover in the country. 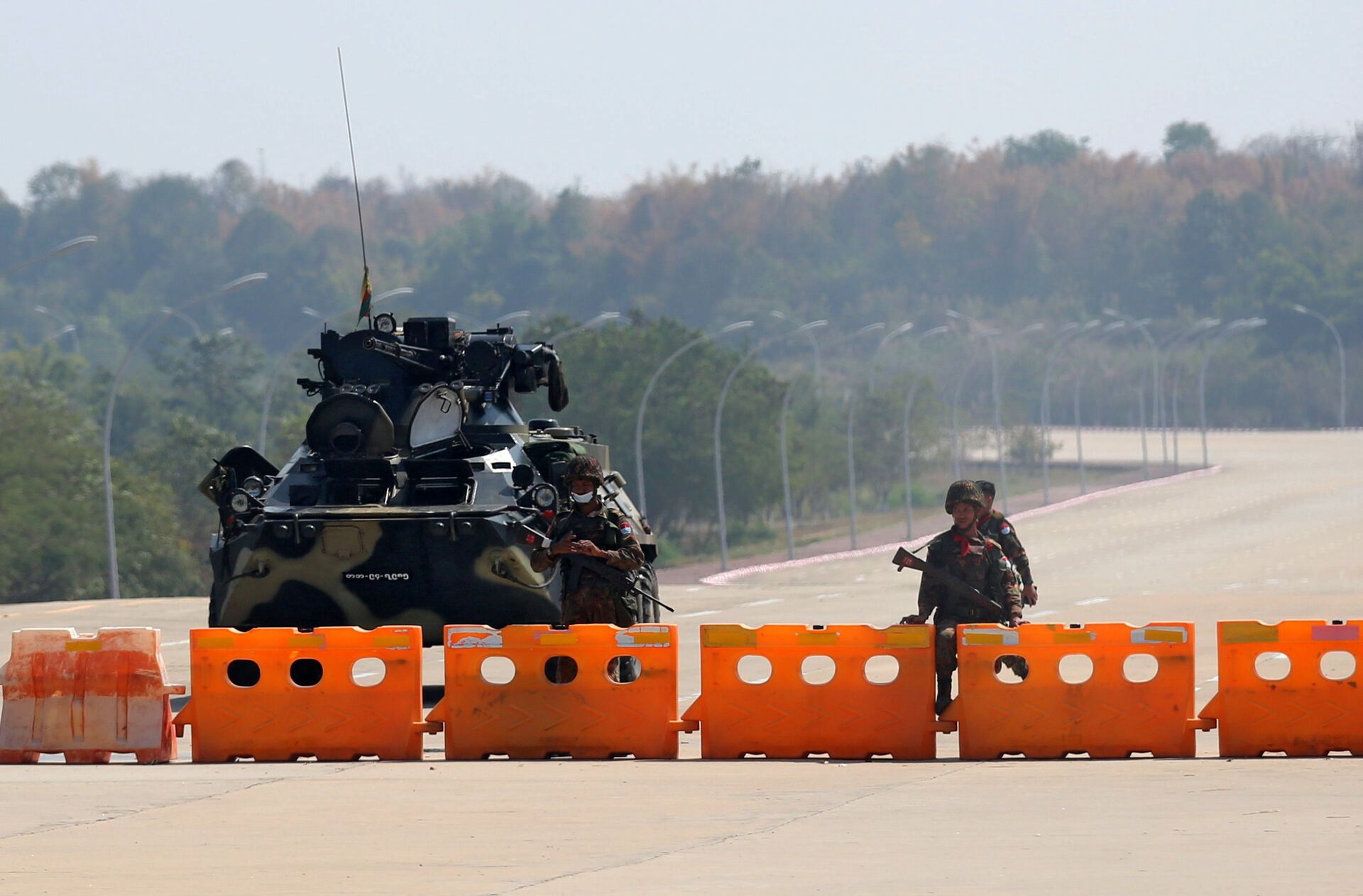 Myanmar's military checkpoint is seen on the way to the congress compound in Naypyitaw, Myanmar
© REUTERS / STRINGER

Biden's statement on Monday said "the international community should come together in one voice to press the Burmese military to immediately relinquish the power they have seized, release the activists and officials they have detained, lift all telecommunications restrictions, and refrain from violence against civilians".

​Recalling that Washington had removed sanctions on Myanmar over the past decade based on its "progress toward democracy", the president added:

"The reversal of that progress will necessitate an immediate review of our sanction laws and authorities, followed by appropriate action".

Joe Biden emphasised that "force should never seek to overrule the will of the people or attempt to erase the outcome of a credible election". The US president concluded the statement by underscoring:

"The United States will stand up for democracy wherever it is under attack".

From 1962 until 2011, Washington had restricted bilateral relations with Myanmar, also known as Burma. The political relationship between the United States and Myanmar, already tense because of the Burma Socialist Programme Party, became further strained in the wake of events in 1988.

Known as the 8888 Nationwide Popular Pro-Democracy Protests, the developments were triggered by a student movement largely driven by students in Yangon (Rangoon) on 8 August 1988.

The events culminated on 18 September after a crackdown by the State Law and Order Restoration Council (SLORC).

It was during this crisis that Aung San Suu Kyi emerged as figurehead of the protest movement. When the military arranged an election in 1990, Aung San Suu Kyi's party, the National League for Democracy, won 81 percent of the seats in the government.

Refusing to recognise the results, the military continued to govern the country as the State Law and Order Restoration Council, while placing Aung San Suu Kyi under house arrest. Her house arrest was finally lifted in 2010.

Then-US Secretary of State Hillary Clinton visited Myanmar in November–December 2011, in the first such visit by a secretary of state since 1955, meeting with the democracy activist Aung San Suu Kyi. Soon after, Washington announced a relaxation of curbs on aid and hinted at the possibility of an exchange of ambassadors.

In 2012, the Obama administration hailed the reforms in Myanmar, formally easing sanctions in July of that year, as the US president made a landmark visit to the country.

In September 2016, after Aung San Suu Kyi and her party won a landmark election and claimed a staggering majority in parliament, the former activist visited the US as State Counsellor of Myanmar.

At the time, Barack Obama lifted the executive order-based framework of the Myanmar sanctions, accordingly restoring the Generalised System of Preferences (GSP) trade benefits to Myanmar.

However, the violent crackdown on Muslim Rohingya later triggered accusations of "genocide" against the government of Aung San Suu Kyi.

A wave of criticism both inside and outside the country surged after more than 700,000 Rohingyas fled from Myanmar to neighbouring Bangladesh as the authorities in the state of Rakhine unleashed an offensive in retaliation for an attack by Rohingya insurgents on security posts in the area on 25 August 2017.

Since then, some members of the US Congress have urged for more restrictions because of perceived human rights violations. Washington slapped sanctions on the military chief in Myanmar in 2019 over the crackdown on the Rohingya Muslims.

On 1 February, Myanmar's Tatmadaw declared a year-long state of emergency and arrested National League for Democracy Party (NLD) leader Aung San Suu Kyi and other top government officials. Army chief Min Aung Hlaing's office declared that action was taken in response to alleged voter fraud during the 8 November elections and the military would hold a "free and fair general election" after the emergency is over.

The NDL had won a landslide victory, sweeping up 396 out of 476 seats in the combined lower and upper houses of parliament, leaving the military-backed Union Solidarity and Development Party (USDP) trailing behind.

The Tatmadaw insisted that the NLD  had rigged the elections, citing 10.5 million cases involving irregularities, Myanmar's Election Commission has been dismissing the claims as groundless. Myanmar's new parliament was due to convene for its first session on Monday. 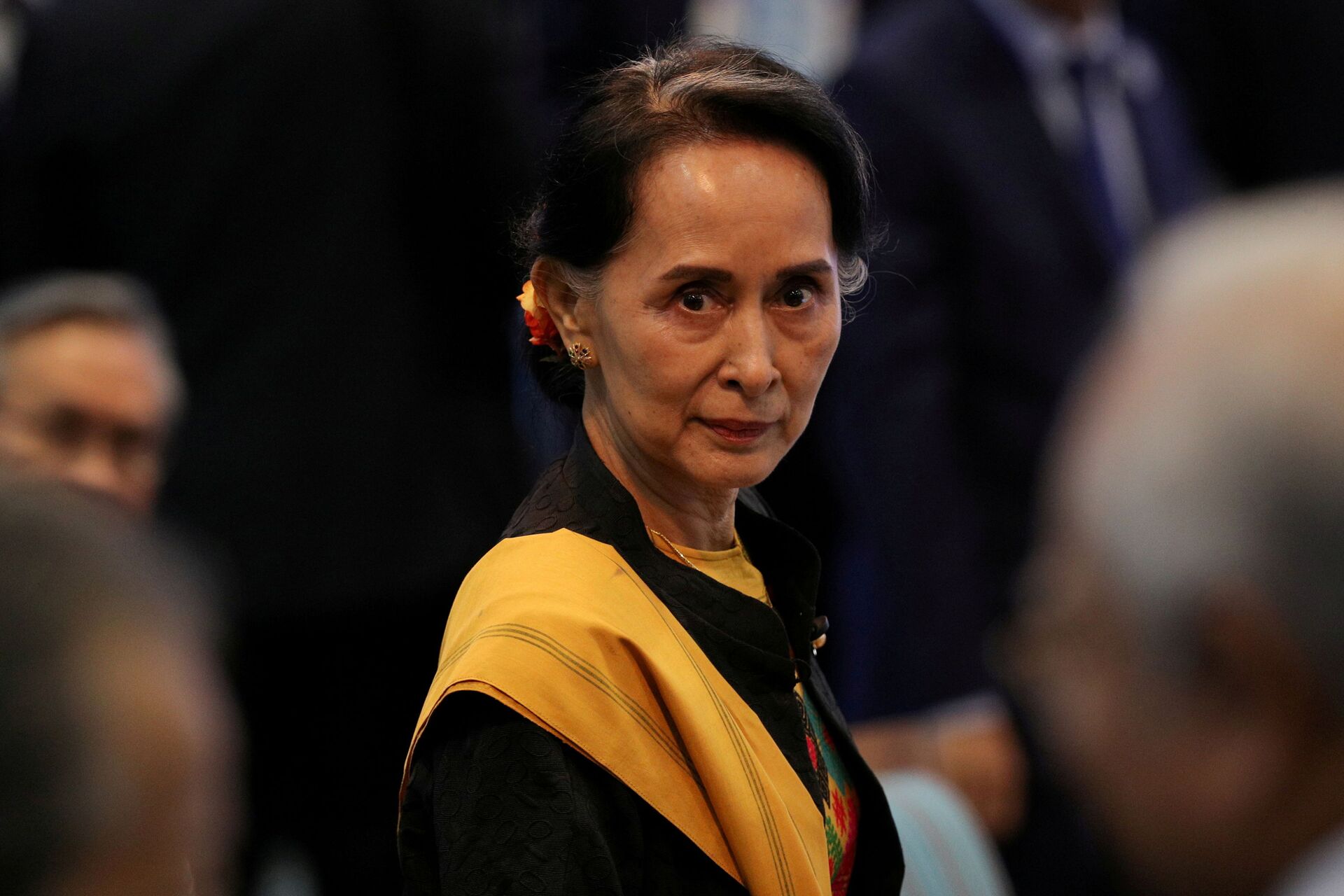 Aung San Suu Kyi urged the country's population to oppose the military's move, denouncing it as "an attempt to bring the nation back under the military dictatorship without any care for the COVID-19 pandemic people are facing".

"We urge people to strongly oppose the unacceptable military coup. The people themselves are the most crucial", said the Nobel Peace Prize laureate in a statement posted on the NLD's Facebook page, confirmed by a spokesperson.