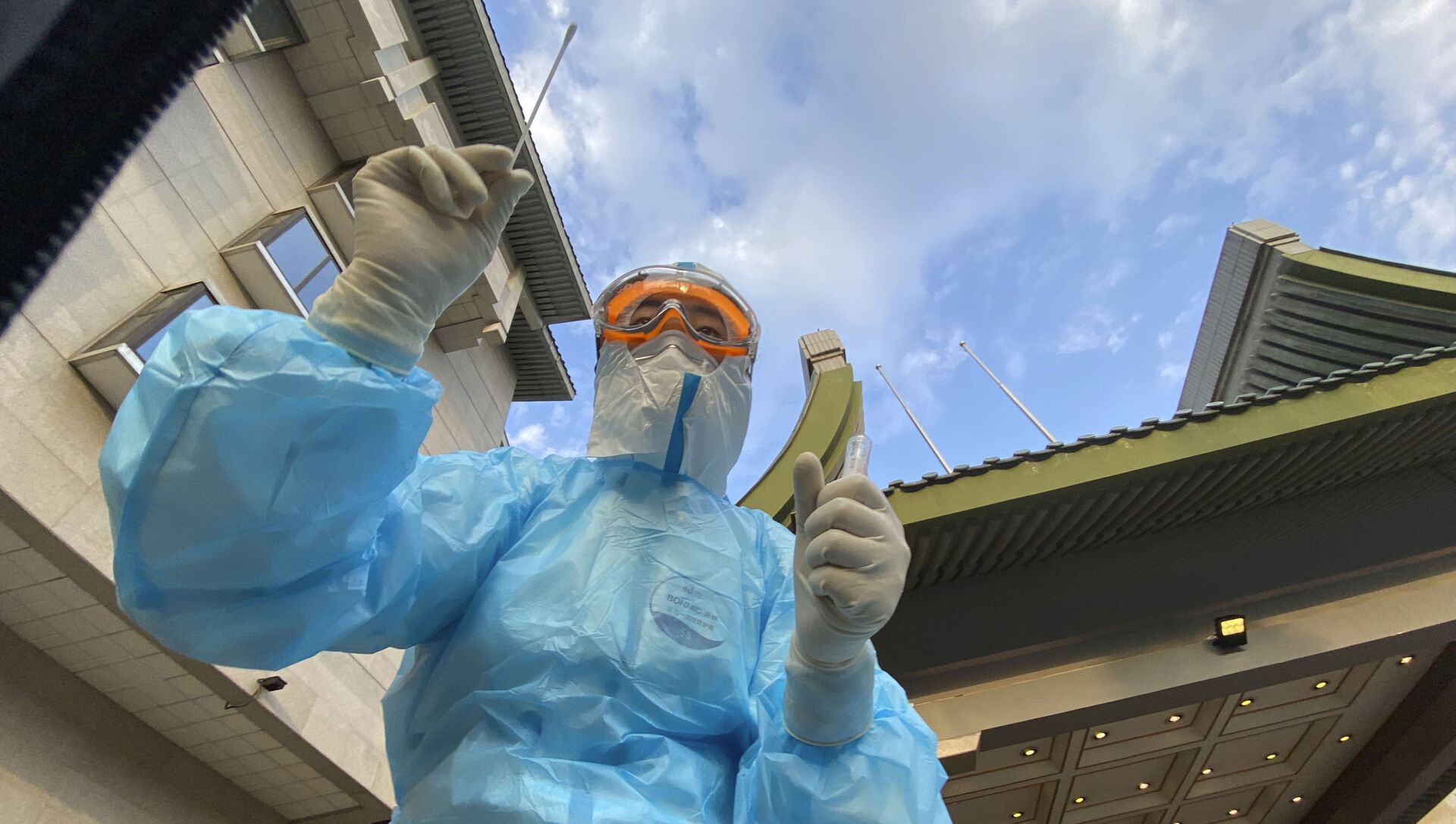 Aleksandra Serebriakova
Moscow-based Sputnik correspondent specializing in foreign affairs.
All materialsWrite to the author
It has been recently revealed that China, the country where the first cases of coronavirus were registered back in 2019, has come up with a “more accurate” way to detect infection among its population – by effectively trying to catch the virus’ traces through the “backdoor”.

​The clip features a purported Chinese healthcare worker inserting a cotton swab inside the anus of a pyjama-wearing mannequin, placed in quite a compromising position with its legs and arms spread out to allow for a better take. The Chinese then gives the swab a little twist before taking it out and placing it in a sample tube.

The whole procedure does not take long, and is believed to show more accurate results in case the virus cannot be detected in respiratory tract but remains in the digestive tract or excrement.

The practice is not mandatory but has been used since last year across coronavirus hotspots around China and in major transportation hubs such as Shangai.