State of Emergency Declared in Myanmar

After Myanmar’s ruling party the National League for Democracy (NLD) won the general election, the country’s military challenged the voting's results and threatened to seize power if the accusations of widespread election fraud were not tackled. On Monday, Myanmar’s military announced a power transfer to the commander–in-chief.

On 1 February, the country’s military declared a state of emergency for a year, with a power transfer to the commander-in-chief General Min Aung Hlaing. Earlier, reports suggested that Myanmar’s civilian leader Aung Suu Kyi, the president and several other senior politicians had been detained.

The political turmoil comes after months of the tensions between government and military over the results of the 8 November general election. While the country’s Union Election Commission confirmed the NLD’s victory in the poll , the military-backed Union Solidarity and Development party contested the results which would have allowed Myanmar’s State Counsellor Aung San Suu Kyi to take a second five-year term in the office.

Over the last years, the civil government and the country’s military have been in a spat over multiple issues such as the 2017 Rohingya crisis and enshrined military prerogatives granted by the 2008 Myanmar’s constitution.

Check out Sputnik's gallery to find out what happens in Myanmar after the state of emergency was declared. 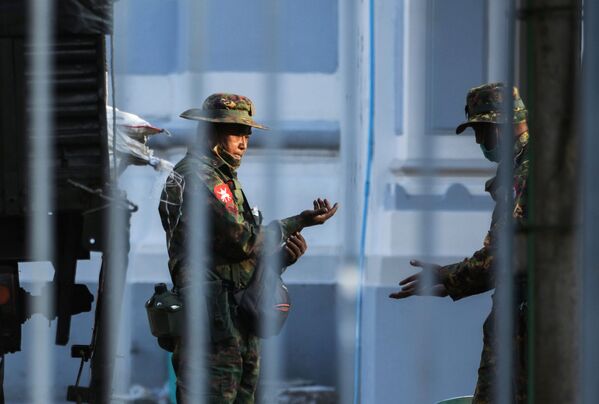 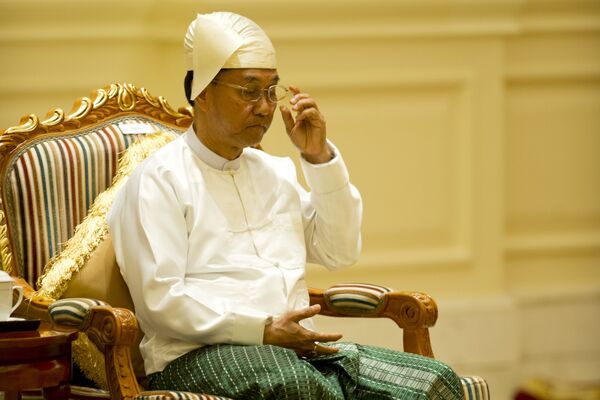 2/8
© AFP 2022 / Ye Aung Thu
In this file photo taken on 30 March 2016, Myanmar's vice-president Myint Swe attends a ceremony at the presidential palace in Naypyitgaw. Myint Swe, a former general who ran the powerful Yangon military command and is vice-president of Myanmar, will become acting president for the next year, as the military detained the country's de facto leader Aung San Suu Kyi and the country's president in a coup on 1 February 2021. 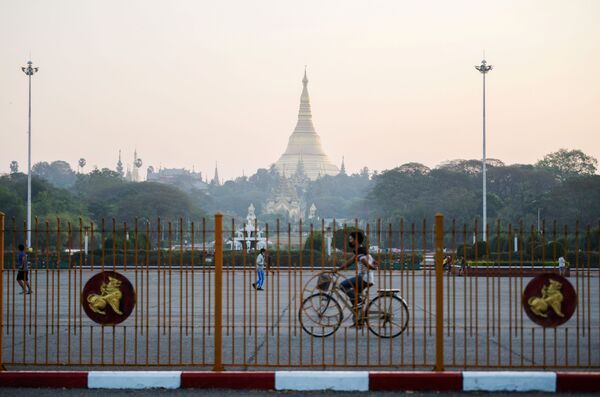 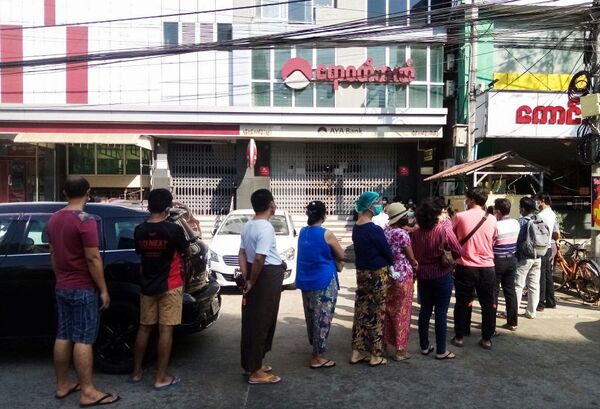 4/8
© REUTERS / Stringer
People line up outside a bank branch in Yangon, Myanmar 1 February 2021. 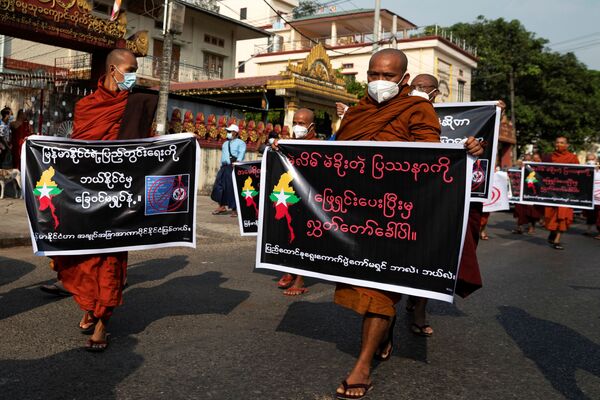 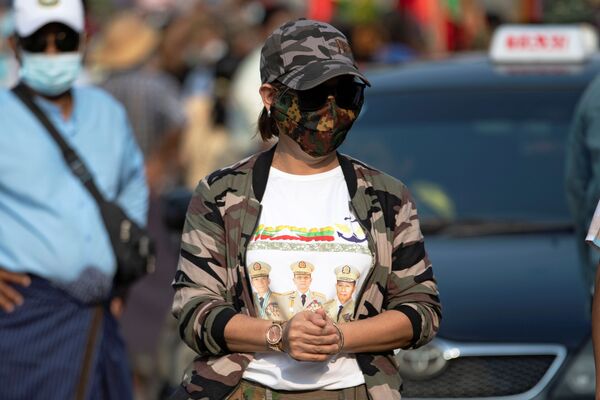 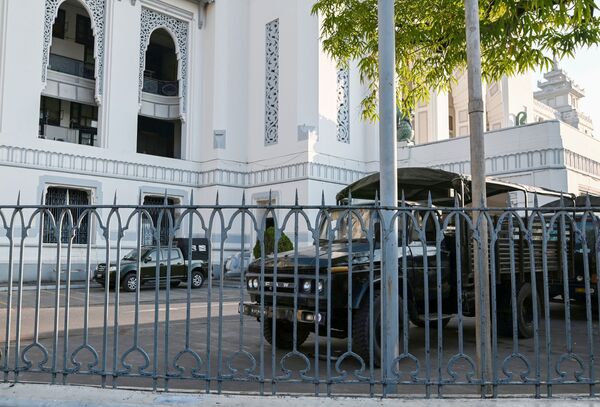 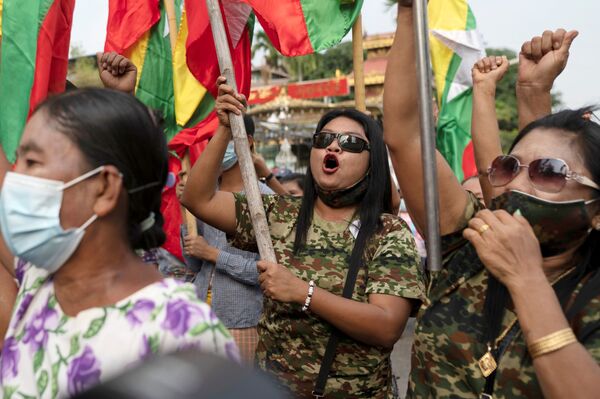 8/8
© REUTERS / Shwe Paw Mya Tin
Supporters of Myanmar's military hold national flags as they take part in a protest against the Union Election Commission in Yangon, Myanmar, 29 January 2021.
Newsfeed
0
Access to the chat has been blocked for violating the rules . You will be able to participate again through:∞. If you do not agree with the blocking, please use the feedback form
The discussion is closed. You can participate in the discussion within 24 hours after the publication of the article.
To participate in the discussion
log in or register
loader
Chats
Заголовок открываемого материала