No End in Sight: As COVID-19 Keeps Spreading in Lebanon, Authorities Struggle to Offer Solutions 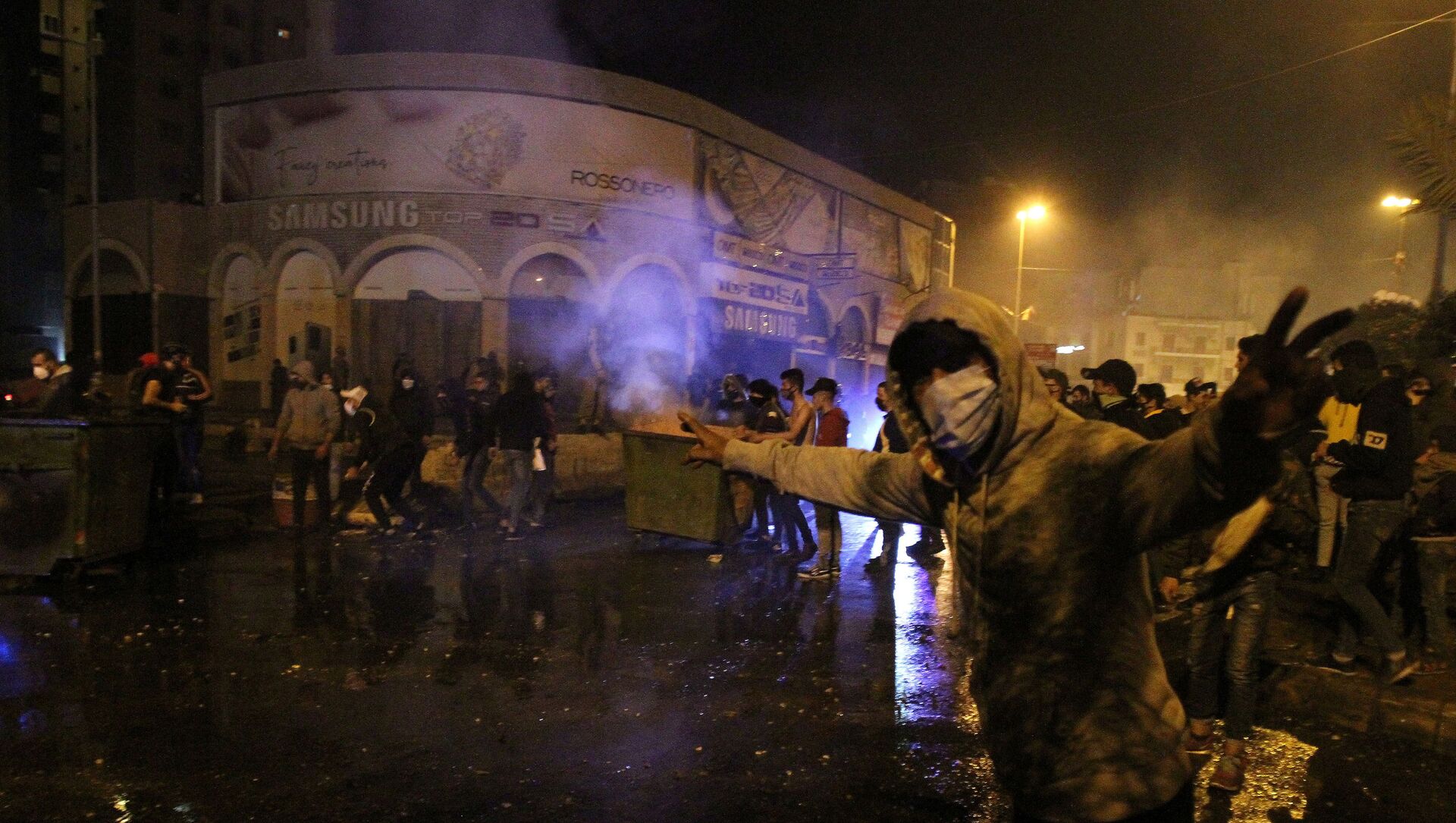 Elizabeth Blade
All materials
In January, Lebanon registered more than 3,000 COVID-19 cases per day, and a local journalist says the spike in numbers can be attributed to the recklessness of the public and the government’s inability to enforce measures or provide the Lebanese public with financial assistance.

The lockdown in Lebanon, imposed in mid-January, is expected to remain intact till 8 February, authorities have warned, as the number of new coronavirus cases continues to be alarming.

In January, authorities registered more than 3,000 new cases per day, as opposed to previous months that had seen half of that amount. Several days in January have also witnessed alarming peaks, with as many as 6,000 new patients per day.

Mohammed Kleit, a Beirut-based journalist and socio-political activist, says the situation started spiralling out of control during the holiday season, when the Lebanese government opened markets and allowed Christmas and New Year's celebrations.

"[Back in December, when the country has opened] people rushed to supermarkets for holiday shopping. Then there were events organised at bars, restaurants and clubs. And these [certainly] contributed to the spike in COVID-19 infections and mortalities."

Mortality rates have also been up due to the inability of the Lebanese health system to cope with the crisis and due to its unwillingness to adjust to the rapidly changing situation.

Right now, the burden of COVID-19 patients mainly falls on the shoulders of public hospitals. Most of the private institutions haven't opened their doors for the general public yet.

"Out of 70 private hospitals, only 7 have allowed COVID-19 patients in," said the journalist, suggesting that the current 120,000 active cases are handled by a score of medical institutions that lack the staffing, the equipment and the money to keep their heads above water.

Now, however, amid the ongoing lockdown, authorities are hopeful that the measure would bring the alarming numbers down and lift the pressure from the already strained hospitals. Yet, that goal proves to be a hard nut to crack, especially given the fact that some are not adhering to the rules set by the government.

In recent days, Tripoli, Lebanon’s second largest city and perhaps its poorest, has become the epicentre of resistance to the measures imposed by the government.

Last Wednesday, protesters torched a government building, clashed with security forces whose presence has been beefed up recently, and demanded that authorities support them and provide the impoverished population with better living conditions.

Kleit, who has been covering Tripoli's protests extensively, says demonstrators' pleas are understandable "because it is easier for the rich to stay home than the poor" and suggests that the situation in other cities is also rapidly spiralling out of control.

Already last June, the country's unemployment rate surged beyond 30 percent, whereas reports suggested that more than 50 percent of Lebanon’s population has been trapped in poverty.

"The economic situation is worsening by the day, people keep losing their jobs and they simply don't see a light in the end of the tunnel," complained Kleit.

The trouble is that with no financial plan in place, the situation in Lebanon might only get worse.

Recently it was reported that the Central Bank of the country could run out of money paying subsidies on basic goods such as flour, fuel and medication by early 2021.

If that happens, Kleit warns that the black market will fill the void created by the government and that could only worsen the already-dire economic conditions.

Nevertheless, authorities are trying to address the crisis. To tackle the spread of COVID-19, they have imposed a number of lockdowns since the outbreak of the virus in late February of last year.

They have also imposed several restrictive measures, but their enforcement has fallen short partially due to the recklessness of the people, and partially due to the lobbying of big companies that managed to negotiate exceptions for themselves, something that eventually led to a spike in COVID-19 cases.

However, a much harder nut to crack has been the country's fiscal crisis, that still needs resolution.

"The government has been weak in introducing any practical changes, [probably because] it has been empowered by major political parties, big businessmen and bankers, who tend to safeguard their own interests rather than the state's," explained Kleit, adding that the old-new prime minister Saad Al Hariri is not expected to bring about much-needed change.

"The new government is headed by a politician who has failed to do any drastic change in his last three terms in office. [And this is the reason why] there is not much hope for Lebanon in the coming years, if he ever forms a government."