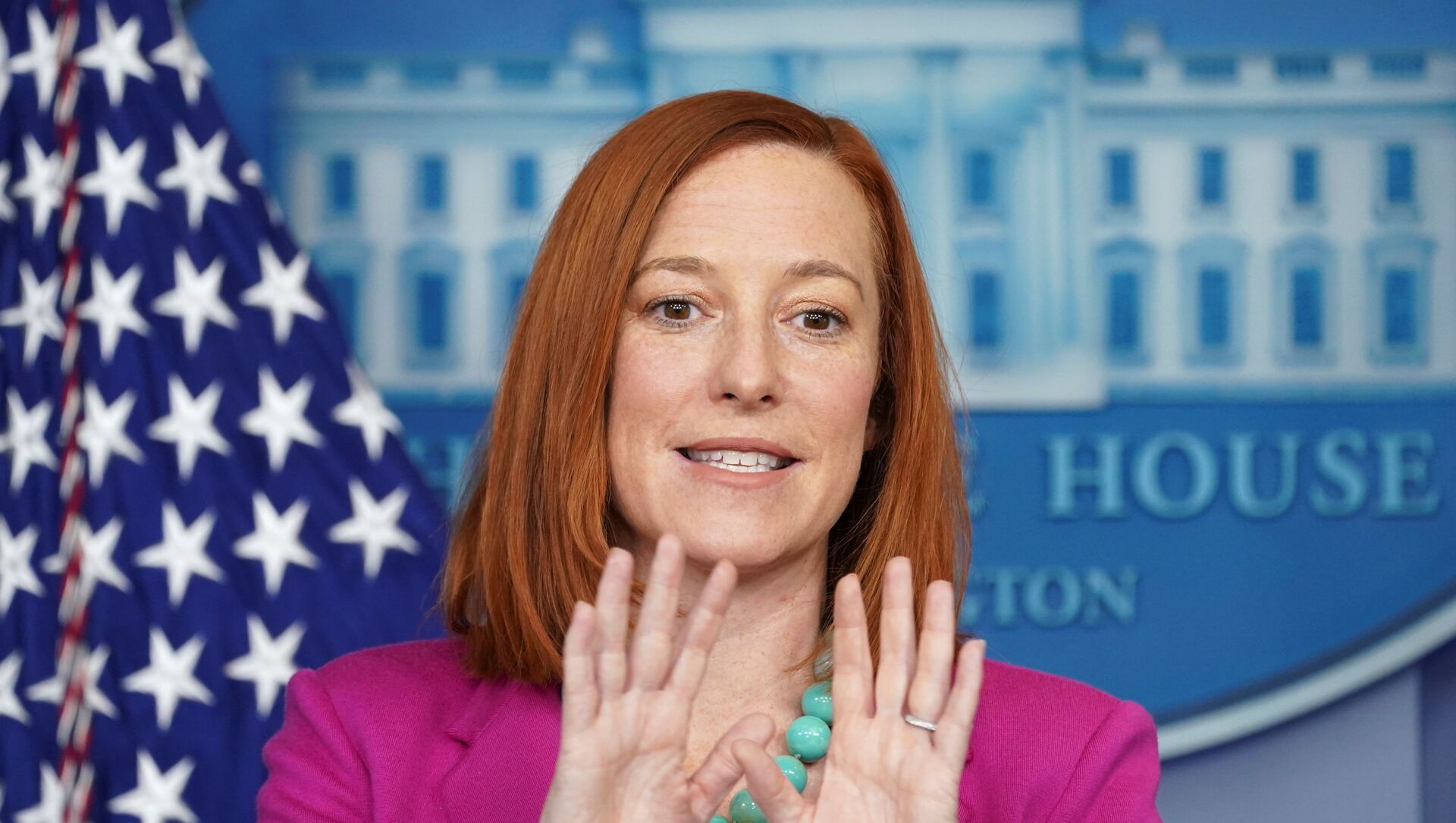 Daria Bedenko
All materialsWrite to the author
The United States was among the first nations to react to the Monday events in Myanmar, as the military declared a state of emergency for one year and announced that power in the country would be handed to the commander of the army.

White House Press Secretary Jen Psaki apparently had a bad day dealing with modern technology on Sunday, as she made several attempts to tweet the position of the United States regarding the events in Myanmar.

As Myanmar's leaders and prominent political figures were detained and its military declared a one-year state of emergency, Psaki was loaded with work as well. At first, she consecutively posted two identical statements on Joe Biden's conversation with Speaker Nancy Pelosi and Leader Chuck Schumer, noticing her mistake moments later.

"Sorry for the double tweet! Was trying to do Statement on Burma." Psaki tweeted afterwards, prompting some giggles among the twitterati.

She did eventually do a statement on Myanmar (Burma is the former name for the country), but that was not the end of the adventure, as the document appeared to be blank when users tried to click the link Psaki posted. 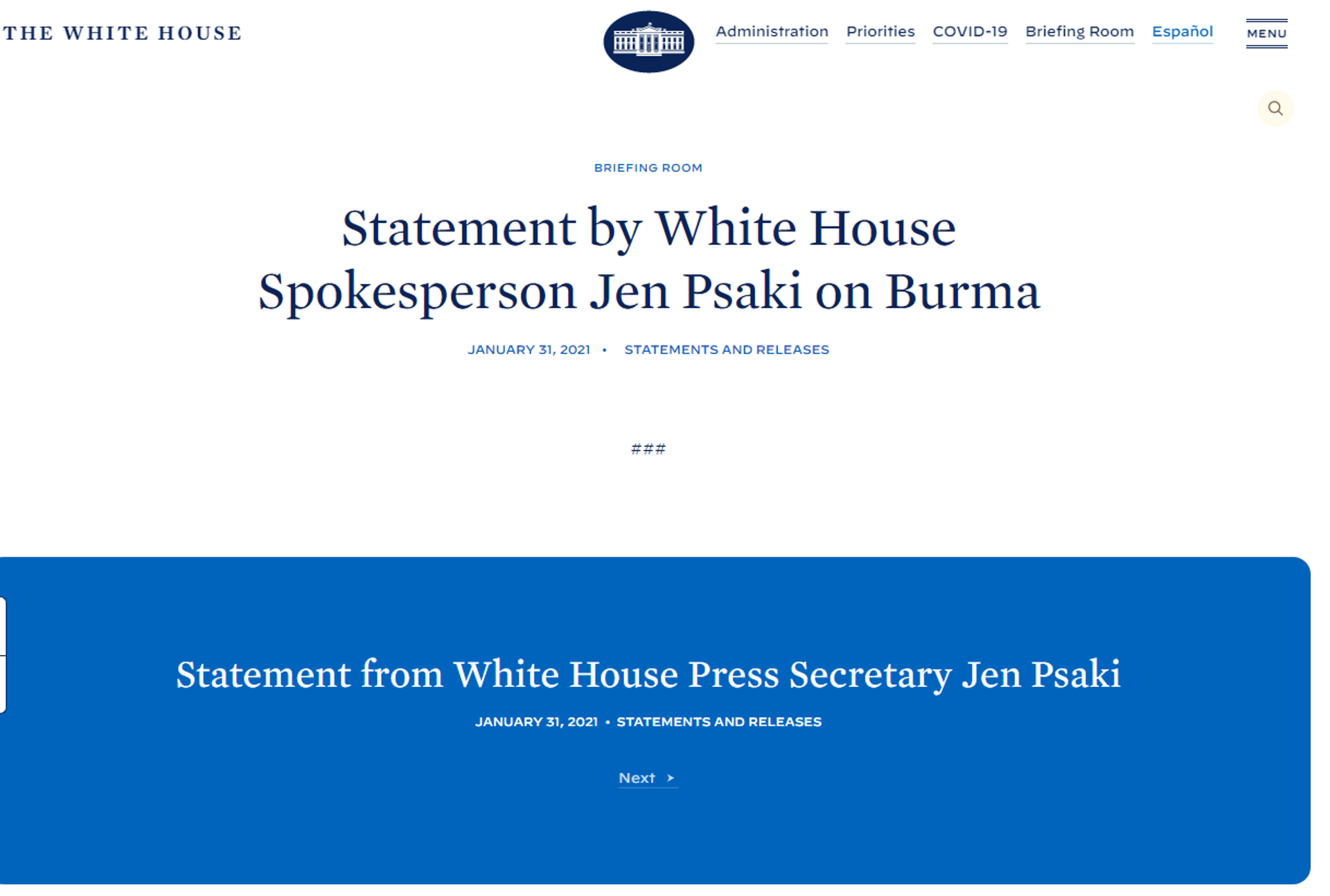 Screenshot of the blank statement on Burma initially posted by the White House on Sunday
© Photo : White House

Psaki's confusion immediately prompted swift reaction from netizens, who joked that the statement was "a little too brief" and even came up with their own ideas for the document - all in all, one does not get to become a White House copywriter too often.

This one is just a liiiiiiiiiiitle too brief. Missing a little content instead of context this time.

Let’s just say it how it is Jen: “The President is cordial and gracious enough to invite them to hear their BS but in the end the President and Dems will pass the bill that our citizens need to survive” These republicans don’t even deserve that Jen. Don’t work late and thank you

...I mean, who among us has not accidentally duplicated a tweet when trying to rush a statement to the public on Burma, amirite??

​Some recalled earlier masterpieces of Twitter statements made during the times of the Trump administration.

​Others praised Psaki for admitting her mistakes and fixing them - as, eventually, the long-awaited American statement became visible on the White House website.

What is this a Press Sec who admits mistakes? I'm confused. The last 4 years didn't let me believe this was possible

Wow. Admitted a mistake. This is strangely soothing

How refreshing; a mistake followed by an apology. We love you.