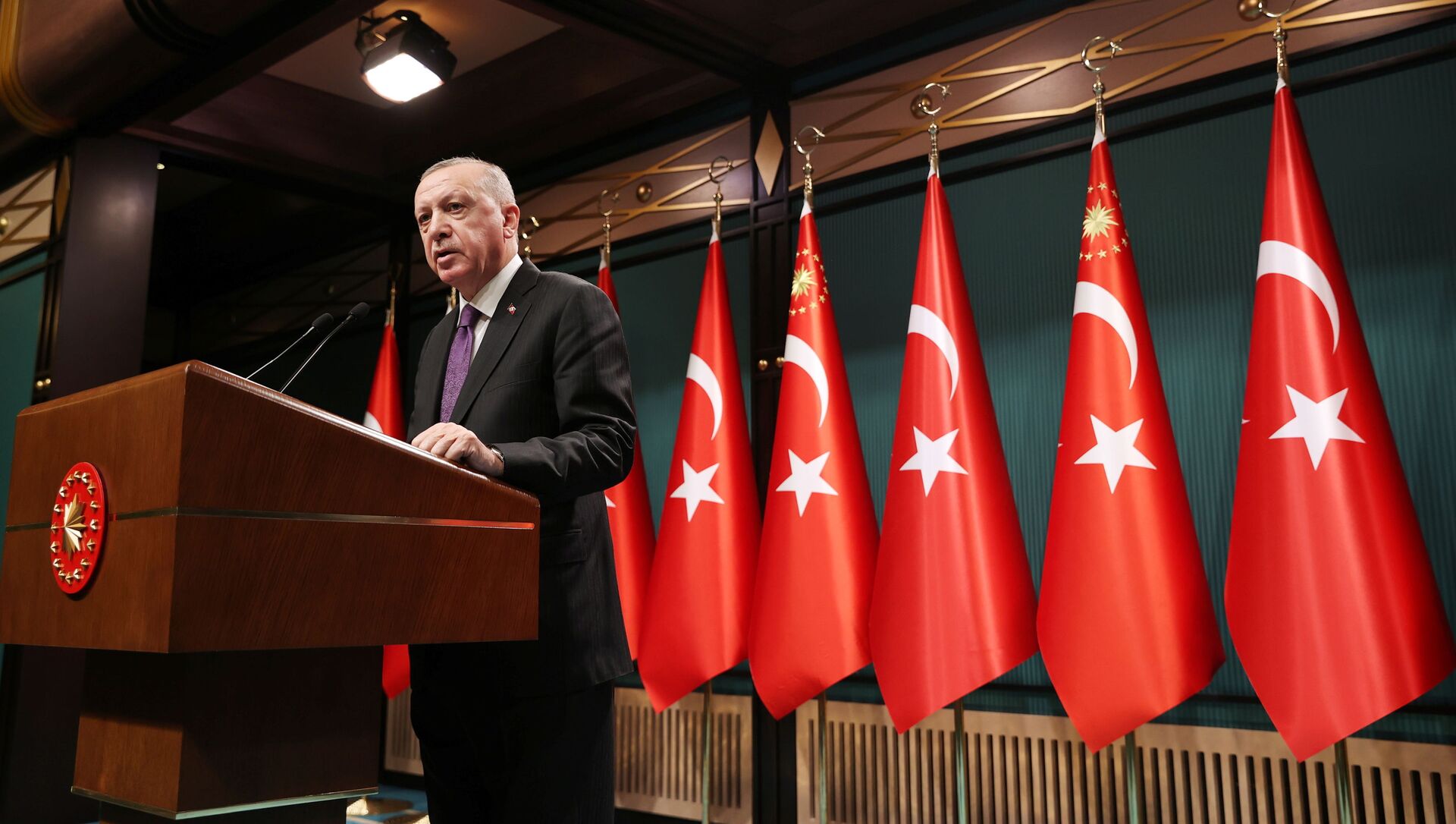 ANKARA (Sputnik) - Turkish President Recep Tayyip Erdogan suggested on Monday that the time has come for Turkey to have a new constitution.

"It is perhaps time to debate a new constitution. We will soon present to the public our ideas on a new reforms package — its philosophy, aims, and goals," he told reporters.

Erdogan said a new constitution should be written in a transparent manner with the help of the people. He did not elaborate on possible changes.

Turkey held a referendum in 2017 on constitutional amendments that allowed Erdogan to win sweeping new powers by having the country switch from a parliamentary democracy to a presidential system. The voting followed a failed coup attempt in July 2016.

In April 2018, Erdogan announced snap presidential and parliamentary elections, explaining the move by the need to switch to the presidential system in the country and enforce the constitutional amendments that were adopted in 2017.

Following the amendments, relations between Turkey and the European Union deteriorated sharply, with EU leaders stepping up their criticism of Erdogan. In late January, Turkish Foreign Minister Mevlut Cavusoglu said that Ankara is ready to fulfill all the requirements for joining the EU, but the bloc is unwilling to grant membership to Turkey for political reasons. Following the UK's departure from the bloc, Erdogan called on the EU to grant Turkey membership.

Negotiations on Turkey's full accession to the European Union began in 2005. However, relations between Brussels and Ankara deteriorated throughout 2020 due to long-standing disagreements over Islamism and human rights, as well as a major feud around Turkey's gas drilling in Greek- and Cypriot-claimed territorial waters in the Eastern Mediterranean.

Back in 2017, Erdogan said that Turkey was no longer in need of membership in the bloc, and would follow its own path. The Turkish leader added that EU policy was bound to Turkey, but Brussels was not supporting Ankara in its fight against terrorism.