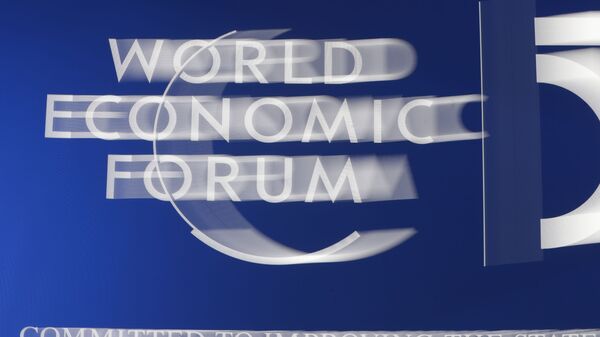 Eric van de Beek
All materials
Due to the lockdowns, many people around the world are losing their jobs, businesses are going bankrupt and governments are indebting themselves to the hilt. Those who believe that the negative impact of the coronavirus measures are more damaging than the lives being saved have started asking themselves: Is there a hidden agenda behind it all?

Last week marked the 50th annual World Economic Forum in Davos, Switzerland. For the first time, the forum was held in a virtual setting, with no heads of state, captains of industry and others physically attending. The theme of this year's sessions: The Great Reset.

The Great Reset has become a buzzword in circles of conspiracy thinkers. Some think that it refers to global financial elites and world leaders that planned the pandemic, deliberately letting loose a coronavirus to cause conditions that will allow a restructuring of the economy, the financial system, politics and society. They refer to the pandemic as a 'plandemic'. Others refrain from any opinion about the cause of the pandemic and merely think the elites are just taking advantage of the virus. Many believe the main goal of the Great Reset is to take global control by instituting a totalitarian regime, and by extension, a so-called new world order. Such a regime would abolish personal ownership and property rights, send the military into cities, impose mandatory vaccination, and create isolation camps for people who resist.

It is understandable that people have started asking themselves why governments have taken such draconian measures to stop the pandemic. The virus may be deadlier than the flu, but it's not a killer virus like ebola or the Spanish Flu. To many, the cure seems worse than the disease. Due to coronavirus lockdown measures, many are suffering from severe physical and psychological stress. They have lost jobs or have gone bankrupt. Their governments are indebting themselves to the hilt. The World Food Programme (WFP) executive director, David Beasley, has warned that the world faces "multiple famines of biblical proportions" that could result in 300,000 deaths per day — a "hunger pandemic". Financial experts have warned we are bringing ourselves to the brink of a financial crisis, one that could be worse than the Great Depression of the 1930s. To an increasing number of people it seems that the lives that are being destroyed by the coronavirus lockdown measures outweigh the work of saving lives, by far.

Many therefore have started to think there's a hidden agenda behind it all. This agenda, to conspiracy theorists, is called The Great Reset, and in their view, it is being masterminded by the global elites via the World Economic Forum in Davos. Klaus Schwab, 82, who founded the forum 50 years ago and is still leading it, is sometimes depicted on social and alternative media as the character Blofeld from the James Bond films: a bald-headed villain, holding a white cat, who directs the international criminal organisation SPECTRE and aspires world dominance.

The influence of Schwab on world affairs is of course grossly overestimated. The WEF does not control its members and participants; however, it supports them, serves as a consensus machine and confronts them with societal issues like climate change and social inequity.

Schwab co-authored a book published in July 2020 entitled 'Covid-19: The Great Reset'. I've read this book and - to be honest - in the book I didn't find anything that substantiates the Great Reset Conspiracy Theory. Schwab and his co-author, Thierry Malleret, simply voice their concern about the economical, political and societal impact of the virus. They warn for incremental measures and ad hoc fixes. They fear the climate and social crises will deepen and that measures taken to contain the virus will leave the world even less sustainable, less equal and more fragile. To prevent this from happening the authors call on the world community to put into motion a Great Reset.

"It's about making the world less divisive, less polluting, less destructive, more inclusive, more equitable and fairer than we left it in the pre-pandemic era," the authors clarify.

In essence there's nothing new here. Schwab has been expressing idealistic ideas like these for at least two decades now. Naomi Klein, a well-known WEF critic, describes The Great Reset as "a coronavirus-themed rebranding of all the things Davos does anyway, now hastily repackaged as a blueprint for reviving the global economy post-pandemic by seeking a better form of capitalism.” As editor Andrew Stuttaford of the National Review puts it: "COVID-19 is just the latest excuse for Schwab to renew his longstanding campaign to replace free market capitalism with stakeholder capitalism."

Moreover, many of the ideals expressed by Schwab and Malleret in their book, if not all, are inspired by the Sustainable Development Goals of the United Nations (UN) that were set in 2015 and are intended to be achieved in the year 2030.

The catch phrase "building back better" that was used in Joe Biden's election campaign and in speeches of Boris Johnson, Justin Trudeau and other world leaders does not stem from the WEF's Great Reset initiative as is often claimed by conspiracy thinkers. It's been part of the of the UN's vocabulary for at least 15 years. It was originally used in the context of offering help to countries that were struck by natural disaster like hurricanes and tsunamis. To make these countries less vulnerable to future disasters the UN helped them by rebuilding a more disaster-resilient infrastructure.

And so: Move along, nothing to see here? No conspiracy going on at the WEF in Davos?

There isn't a shred of evidence the coronavirus was brought into the world on purpose. But at the same time it's a known fact that, with every crisis, the rich get richer and the poor get poorer.

"The 1,000 richest people on the planet recouped their COVID-19 losses within just nine months," NGO Oxfam reported last week on the opening day of the WEF. "But it could take more than a decade for the world’s poorest to recover from the economic impacts of the pandemic."

Did wealthy actors take advantage of the coronavirus by pushing governments into taking draconian measures that would cause a worldwide economic crisis? As far as I know, there's no supporting evidence for this theory at all.

However, concerns about the development towards authoritarianism or totalitarianism need to be taken very seriously. Western governments have taken a set of freedom-restricting measures that are unprecedented in peacetime. As the Austrian-British economist Friedrich Hayek put it: "Emergencies have always been the pretext on which the safeguards of individual liberty have been eroded." Governments are always eager to take more control over society - and once they've taken it, they will never easily let go of it.

Will governments send the military into the streets to crack down on demonstrations? Will they impose mandatory vaccination and create isolation camps for people who resist?

In some European countries, including the UK and The Netherlands, politicians have already suggested to send the military to assist the police. In Germany, four federal states declared to have plans to detain repeated quarantine breakers in facilities that historically have been either detention or refugee centres.

To force people into taking a vaccination, governments do not have to make them mandatory. They can simply exclude people that aren't vaccinated from activities like travel. Such measures are already being prepared. The more people that have been vaccinated, the harder it will become for vaccination refusers to resist.

To create a dystopian world like the one embodied in the Great Reset Conspiracy Theory, no conspiracy is needed. The erosion of freedom in the West started with the lockdown of the Hubei province in China, "leaked" videos from Wuhan of apocalyptic scenes likened to Zombieland and The Walking Dead - and with The World Health Organisation (WHO), imploring the world to "copy China's response". With one country after another following in China's footsteps, pressure increased on governments that initially responded in a more relaxed or thoughtful manner. No malevolent intentions were needed to get where we are now. All it took was a global mass hysteria, peer pressured governments that overreacted or simply took the wrong measures, and - last but not least - fear struck, paralyzed citizens that - without offering considerable resistance - let their civil rights and liberties be taken away from them step by step, one by one.

For further reading:
Klaus Schwab - Now Is The Time For A Great Reset