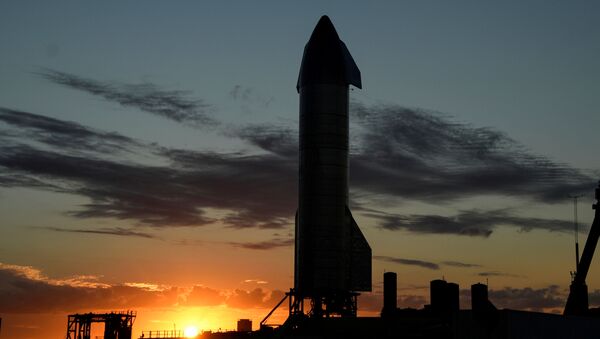 Aleksandra Serebriakova
Moscow-based Sputnik correspondent specializing in foreign affairs.
All materialsWrite to the author
Famous entrepreneur and space enthusiast Elon Musk gave the Federal Aviation Administration a piece of his mind on Twitter this Thursday, accusing the agency of having a “fundamentally broken regulatory structure,” just after a test flight for Space X’s Starship rocket was delayed.

Last year, the Federal Aviation Administration (FAA) launched a formal investigation into Elon Musk’s SpaceX, after the company’s high-altitude launch of the Starship rocket on 9 December violated the terms of its test license, the Verge unveiled, citing two people familiar with the situation.

The SN8 Starship successfully launched and performed its planned manoeuvres but exploded upon landing due to engine issues. Musk still said the test launch was a success that helped to acquire the necessary telemetry data, while cheering on Twitter “Mars, here we come!!” despite the accident.

The FAA, however, was not impressed, insist insiders. It says SpaceX breached some terms of its test license, albeit without specifying the exact violations. An FAA spokesman also failed to specify the nature of the alleged rule breaking when approached by the media.

“The FAA will continue to work with SpaceX to evaluate additional information provided by the company as part of its application to modify its launch license,” FAA representative Steve Kulm said in a statement to the Verge. 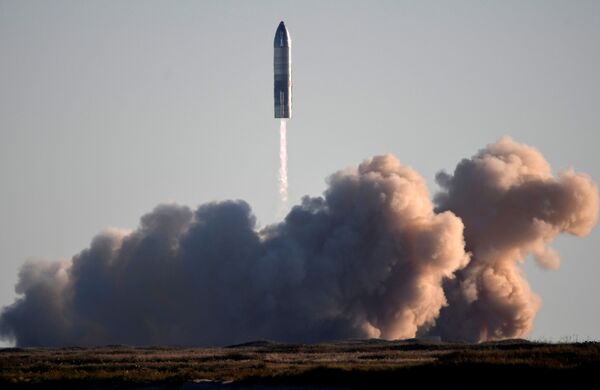 “While we recognise the importance of moving quickly to foster growth and innovation in commercial space, the FAA will not compromise its responsibility to protect public safety. We will approve the modification only after we are satisfied that SpaceX has taken the necessary steps to comply with regulatory requirements.”

But the FAA probe has apparently put a strain on SpaceX’s upcoming launch tests as well. The most recent SN9 craft, that was expected to rocket into the skies on Thursday, remains on the ground after failing to obtain FAA approval. This week the agency was still reviewing the terms of the license following a bunch of changes made by SpaceX, sources claim.

After the delay was confirmed, Musk let rip on Twitter.

"Unlike its aircraft division, which is fine, the FAA space division has a fundamentally broken regulatory structure,” the SpaceX CEO wrote on Thursday. “Their rules are meant for a handful of expendable launches per year from a few government facilities. Under those rules, humanity will never get to Mars.”

Musk, a devoted Mars enthusiast, has long been a loud critic of government regulations towards private launches, which he sees as outdated. Just shortly before the not-so-successful SN8 test in December, he told the media that when it comes to innovation, “a lot of the time, the best thing the government can do is just get out of the way.”

According to SpaceX website, the test flight for the SN9 Starship rocket stationed is currently scheduled for 1 February in Texas.

Musk’s company describes the Starship spacecraft as “a fully reusable transportation system” and “the world’s most powerful launch vehicle ever developed,” which would one day be able to deliver humans to the Moon, Mars, and beyond.

000000
Popular comments
"Famous entrepreneur" he is just a front for the Globalists who have been financing his operations which are all part of the Globalist Agenda being rolled out today, the guy is an adrenochrome addict, falsely presented as a successful businessman, the same way Kill Gates, Ugly Bezos, Steven jobs, ET Zuckerberg, etc have been presented, they are all constructed fronts for the satanic Globalist Agenda.