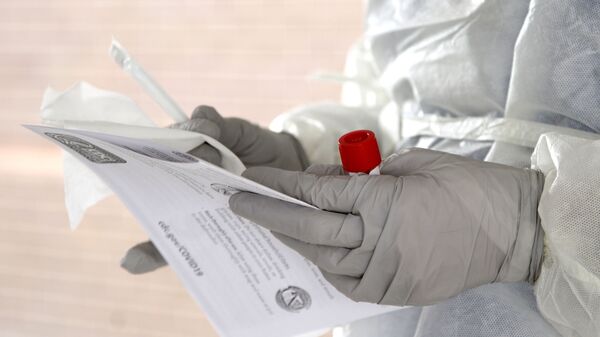 Svetlana Ekimenko
All materialsWrite to the author
In December, John Ratcliffe, outgoing Director of National Intelligence, echoed previous warnings by the-then Secretary of State Mike Pompeo and FBI chief Christopher Wray, to insist that Beijing was planning to "dominate the US and the rest of the planet economically, militarily and technologically".

Chinese biotech giant BGI Group sought to expand its reach and offered to build COVID testing labs in at least six US states after the first major outbreak of the respiratory disease, prompting intelligence officials to warn against sharing health data with the genetics firm, reports CBS.

BGI, China’s leading genetics company, had reportedly offered to construct and run coronavirus testing labs in Washington, contacting its governor over the proposal, while also reaching out to at least five other states, including New York and California, according to news broadcast, 60 Minutes.

​Formerly known as Beijing Genomics Institute, BGI is based in the Chinese city of Shenzhen and specializes in gene sequencing. It administers the China National Gene Bank - a genomic database funded by the Chinese government.

However, the moves by BGI ignited the concerns of Bill Evanina, Director of the US government’s National Counterintelligence and Security Center, who went on record as warning that "foreign powers can collect, store and exploit biometric information from COVID tests".

According to Bill Evanina, who was previously the chief of the Counterespionage Group for the Central Intelligence Agency, the Chinese are covertly out to harvest Americans' DNA in the global race to wield control over the world's biodata.

The host of the show, set to be broadcast on Sunday, spoke to Evanina and other experts to highlight how biodata is becoming a valuable commodity, and might potentially pose a threat to national security.

“We put out an advisory to not only every American, but to hospitals, associations, and clinics. Knowing that BGI is a Chinese company, do we understand where that data's going?" Bill Evanina is quoted as saying.

According to the former chief of a joint FBI and CIA Counterintelligence Division/ Counterespionage Group, he had joined efforts at the outset of the health crisis with other intelligence officials to stop the states from accepting the offer of the BGI Group, ostensibly has close ties to China's military and ruling Communist Party.

"This shows the nefarious mindset of the Communist Party of China, to take advantage of a worldwide crisis like COVID," Evanina said on the show.

Control over biodata, knowledge of the medical conditions of citizens and, accordingly, the medicines they use to treat them, is fraught with dangers, believes the ex-FBI official. This might offer a foreign entity the ability to exercise complete control over health care. 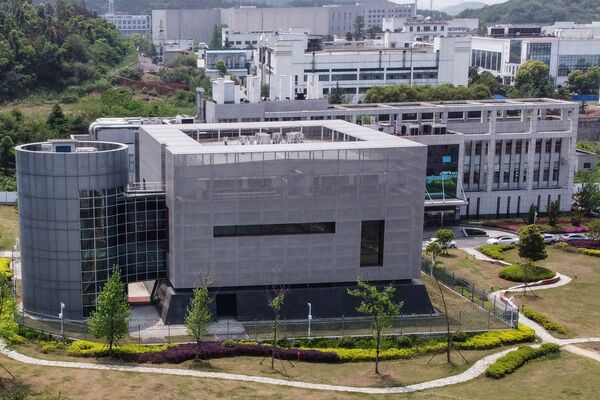 "From a long-term existential cost to our nation, do we want to do that? Do we want to have another nation systematically eliminate our health care services? That's what's happening," claims Evanina.

As an example, the official cites the US dependency on on China for Personal Protective Equipment (PPE) supplies, required to combat the pandemic. Nearly every American has been compromised already insists Evanina, adding:

"You have probably five or six healthcare companies the last five years who have been, I would say, penetrated, exfiltrated, hacked by China. Current estimates are that 80 per cent of American adults have had all of their personally identifiable information stolen by the Communist Party of China."

According to the experts cited on the show, China and other foreign powers have been seeking to accumulate genetic data of Americans through diverse means. One source, claims Evanina, is by encouraging millions of Americans to voluntarily give their DNA away when enlisting the services of genealogy companies to learn their ancestry.

However, donors are oblivious of the potential risks, claim bioethicists, as the genealogy companies might have partnerships with biotech firms on data sharing.

Genetic material, says Evanina, is “your past and your future as well as your children's future. It's very risky and I think the unknown is probably the riskiest part."

The biodata theft is already happening on a smaller scale, according to another expert on the show.
The US dependency on China to furnish the Personal Protective Equipment (PPE) needed to combat the pandemic was cited by Edward You, a former biochemist, currently employed as supervisory special agent in the FBI.

"What happens if we realise that all of our future drugs, our future vaccines… are all completely dependent upon a foreign source? If we don't wake up, we'll realise one day we've just become health care crack addicts and someone like China has become our pusher," he was quoted as saying.

In March 2020, You, who monitors biotech threats for the Department of Health and Human Services, had echoed warnings of other law-enforcement, security and military-intelligence officials regarding US government agencies doing business with the company BGI.

Gene-sequencing machines that BGI was trying to sell US coronavirus testing labs, they claimed, can be used to catalogue patients’ DNA, wrote The Wall Street Journal.

“BGI has undoubtedly taken advantage of the COVID-19 pandemic to expand its reach around the world, including the United States,” Bill Evanina was quoted by the outlet as saying.

BGI Group, identifying itself as "a private organisation founded to benefit human health and well-being," has not offered an official response to the report, while adding in a statement:

"The notion that the genomic data of American citizens is in any way compromised through the activities of BGI in the US is groundless."

Earlier, a BGI spokesperson was cited by WSJ as saying the firm sold COVID-19 tests authorised by the Food and Drug Administration. “BGI has never proposed or established any clinical laboratories for genome sequencing or COVID-19 testing.”

Since the start of the pandemic, China has sent medical equipment and doctors to numerous countries, as it sought to deflect criticism of its early handling of the coronavirus. The administration of former president Donald Trump blamed China for the coronavirus pandemic.

"It's China's fault, it should never have happened," the President said, before repeatedly referring to the virus as the "China plague".

Beijing responded in turn by lambasting Washington's own perceived mishandling of the virus.

The US accusations fed into the long-held Washington theory that Chinese hackers have been stealing American technology for years, with John Ratcliffe, then the director of National Intelligence, in December 2020 naming China the number one national security threat to America, citing its alleged data theft.

Chinese Foreign Ministry Apokeswoman Hua Chunying had responded by accusing the US of "launching various politically oppressive campaigns against China".

"There is a Chinese saying... 'the eye sees what the mind believes'…We hope the US will... stop regarding everyone as spies," added the spokeswoman.