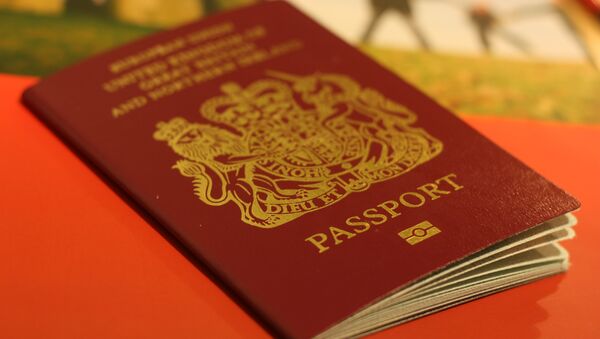 Nikita Folomov
All materialsWrite to the author
The UK government previously announced it would grant citizenship to up to 3 million of Hong Kong’s residents starting Sunday. According to the Foreign Office, holders of British National Overseas passports will be able to apply to live and work in Britain for up to five years.

Chinese Foreign Ministry spokesman Zhao Lijian on Friday told reporters that China would no longer recognise British National Overseas passports as a travel and ID document. According to the spokesperson, the government reserves the right to take further actions concerning the matter.

The UK has repeatedly condemned the Chinese government for the imposition of a National Security Law, dubbing it a “serious breach” of the 1984 Sino-British Joint Declaration that paved the way for Hong Kong’s handover to China in 1997.

Chinese officials, in turn, urged the UK not to interfere in Hong Kong’s affairs and to abandon their “cold war mentality”.

Over the last few months, London and Beijing have been deadlocked over multiple issues. On 12 January, UK Secretary of Foreign, Commonwealth, and Development Affairs Dominic Raab said the government would implement a wide range of measures against Beijing over the alleged ill treatment of Uyghurs in China. Beijing denied all the allegations and urged London to withdraw restrictions on trade with companies from the province of Xinjiang imposed under the pretext of human rights violations and the use of forced labour.

The National Security Law bans secessionist, subversive, and terrorist activities, along with any form of foreign interference in Hong Kong. Chinese President Xi Jinping signed a decree to enact the law on 30 June 2020.