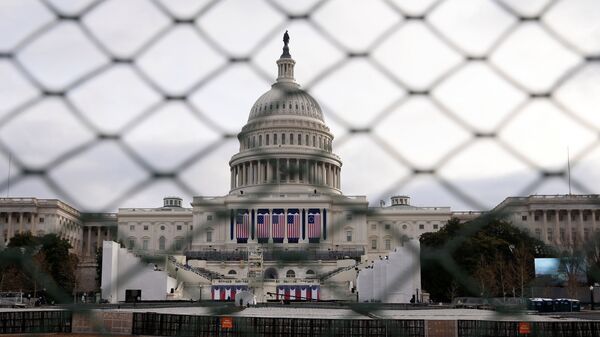 Gaby Arancibia
All materialsWrite to the author
In the days since the deadly January 6 Capitol riot, congressional lawmakers and law enforcement officials have been analyzing protocol and raising questions over security plans at the federal building, specifically how best to strengthen measures.

In light of a multitude of security failures that unfolded on January 6, acting US Capitol Police Chief Yogananda Pittman is calling for permanent fencing to be installed around the historic grounds.

In addition to the fencing, Pittman also highlighted in a Thursday statement the importance and necessity of establishing additional security forces near the Capitol to assist Capitol police should a situation occur. 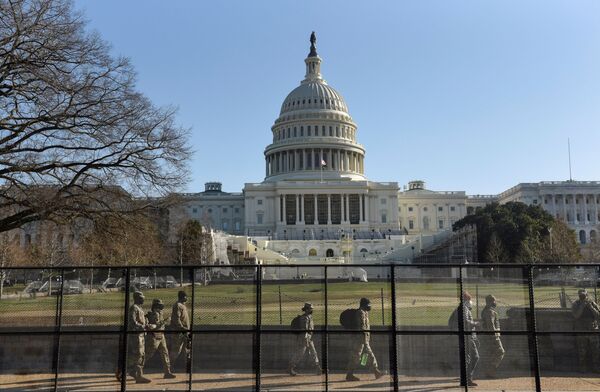 “As I noted earlier this week, even before September 11, 2001, security experts argued that more needed to be done to protect the US Capitol. In fact, a 2006 security assessment specifically recommended the installation of a permanent perimeter fence around the Capitol,” Pittman noted.

“In light of recent events, I can unequivocally say that vast improvements to the physical security infrastructure must be made to include permanent fencing, and the availability of ready, back-up forces in close proximity to the Capitol.”

At present, three security assessments are being conducted by Capitol police, the agency’s inspector general and a third party entity under the orders of House Speaker Nancy Pelosi (D-CA). 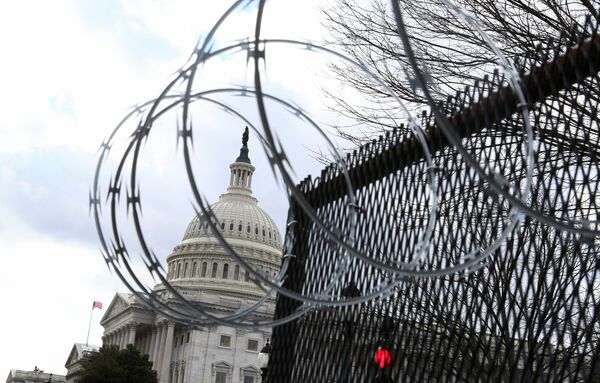 Barbed wire is seen on a fence as U.S. President-elect Joe Biden arrives at the U.S. Capitol for his inauguration as the 46th President of the United States, in Washington, U.S., January 20, 2021.
© REUTERS / TOM BRENNER

Fencing currently installed near the US Capitol was erected in days after hundreds of Trump supporters stormed the building in a failed effort to stop the electoral certification of the US election, resulting in five deaths, including a Capitol police officer. Much of the 7-foot-high, non-scalable fencing has been topped with razor wire as an added measure for deterrence.

One day after the deadly Capitol riot, the Secretary of the Army Ryan McCarthy revealed that the fencing would stay in place for at least a 30-day period.

Amid Pittman's statement, Washington, DC, Mayor Muriel Bowser issued remarks of her own on Thursday noting the fencing installed near the Capitol and the White House would be taken down "when the time is right," but that permanent fencing will not be a "long-term fixture in DC."

The latest development came as federal officials have warned that individuals emboldened by the violent insurrection may be planning to stage similar attacks in the coming days and weeks. The Department of Homeland Security issued a warning through its National Terrorism Advisory System alerting Americans of a “heightened threat" from possible domestic extremists.