New Study Claims Black Holes Have 'Hair', Crushing a Half-Century Theorem Stating They Do Not 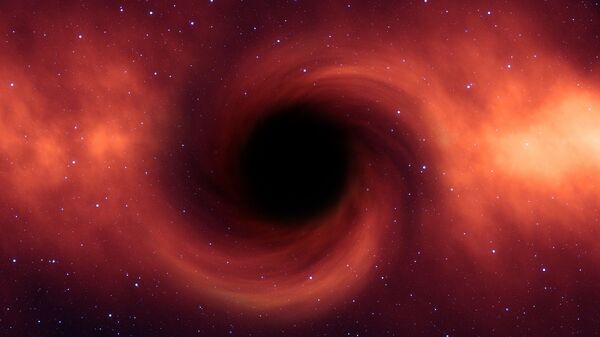 CC0 / /
Subscribe
International
India
Africa
Max Gorbachev
All materialsWrite to the author
Black holes are regions of space-time where the levels of gravity are so strong that nothing – not even light – can escape them. For decades, many scientists believed that whatever falls into a black hole is gone forever and there is no information inside them. New research puts this into question.

An international team of scientists claims to have disproved a no-hair theorem on black holes that was first presented in 1967. According to the no-hair theorem, a black hole could be categorised using three data points – its electric charge, mass, and spin. All other information (described in the theorem as hair) about the matter that formed a black hole or is falling into it disappears behind the event-horizon.

However, after researchers ran simulations on extremal black holes – those that have minimal possible mass and rotate at a given fixed constant speed – they found several "hairs".

During their study, the scientists used intensive numerical simulations to generate the result. They used dozens of high-end Nvidia graphics-processing-units – each had 5,000 cores. "Each of these GPUs can perform as many as 7 trillion calculations per second", said Professor Gaurav Khanna from the University of Massachusetts Dartmouth. However, even with such powerful hardware, it took many weeks to complete the simulations, the scientists said.

"This new result is surprising, because the black hole uniqueness theorems are well established, [as is] their extension to extreme black holes", Lior Burko of Theiss Research in La Jolla, California said in a statement. "There has to be an assumption of the theorems that are not satisfied to explain how the theorems do not apply in this case".