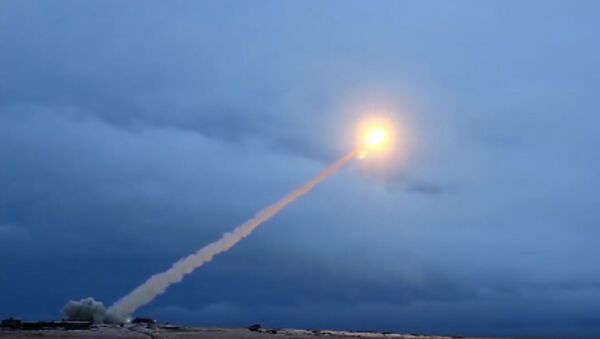 MOSCOW (Sputnik) - Russian President Vladimir Putin has tasked the Foreign Ministry with holding negotiations with the United States on signing a document to extend the nuclear arms reduction treaty New START, which expires on 5 February.

"To task the Russian Foreign Ministry with holding negotiations with the US side on signing an international agreement with key provisions that were approved by the government of the Russian Federation, and with ensuring the signing of the deal after an agreement is reached between the sides", the presidential decree, published on the official legal information portal, read.

On Tuesday, Russian President Vladimir Putin and US President Joe Biden discussed the extension of the New START treaty in their first phone call since the latter's inauguration. According to a statement by the Kremlin, the heads of state expressed satisfaction with the exchange of notes about reaching an agreement to extend the treaty. The White House, for its part, said Putin and Biden had agreed to examine strategic stability talks on a number of arms control and security matters.

According to the accompanying documents to the draft ratification agreement, the new treaty is proposed to be extended for 5 years, until 5 February 2026.