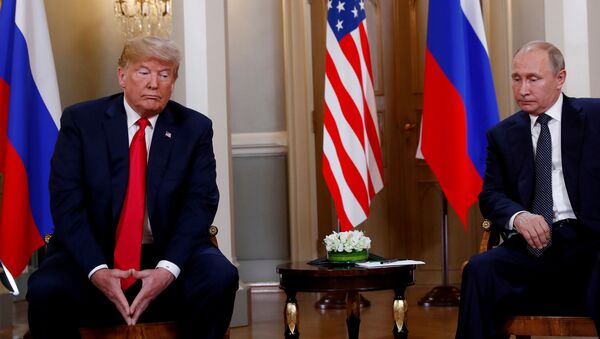 James Tweedie
All materialsWrite to the author
Journalist Craig Unger claims Donald Trump was recruited as a KGB agent by a Ukrainian Jewish immigrant who sold him several hundred TVs from his Manhattan electronics store for the newly-refurbished Grand Hyatt New York hotel — and falsely claims the shop sold sets capable of picking up programmes from thousands of miles away in the USSR.

The latest literary hatchet-job on former US president Donald Trump claims he was "cultivated" as a KGB agent for 40 years.

US journalist Craig Unger's American Kompromat, How the KGB Cultivated Donald Trump, and Related Tales of Sex, Greed, Power and Treachery paints a lurid portrait of Trump as a long-term sleeper "intelligence asset" for the USSR and Russia — which finally paid off with his unlikely victory in the 2016 presidential election.

It claims Russian "oligarchs" bailed Trump out several times when the property billionaire faced bankruptcy by buying properties from him through shell companies — an accusation recycled from Unger's 2018 hit-piece House of Trump, House of Putin.

​But in his new screed, the former Boston Magazine editor tries to link the now-deceased alleged sex trafficker Jeffrey Epstein to both Trump, Silicon Valley tech bosses and Russian individuals, claiming the former financier procured underage girls for them.

And Unger panders to hardcore adherents of the debunked Russiagate conspiracy theory that once Trump was elected president, it was time to "pay the piper" and give Russian President Vladimir Putin "everything he wanted" — presumably including several new waves of sanctions, attempts to disrupt the building of the Nord Stream 2 gas pipeline and withdrawal from the New START nuclear arms treaty.

Unger alleges Trump became involved with the KGB in 1976, when he went to buy hundreds of TV sets for his Grand Hyatt New York hotel from Joy-Lud Electronics at Fifth Avenue and 23rd Street. The Manhattan address at the renovated Commodore hotel was The Donald's first property venture outside his native borough of Queens.

The supposed cast-iron connection was the store's co-owners Semyon 'Sam' Kislin, a Ukrainian Jew who had emigrated from Odessa in the USSR to New York in 1972, and Tamir Sapir, another Soviet emigre: a sign on their shop's door read: "We speak Russian"!

Kishin had been a greengrocer in Odessa — hardly a high-ranking state official — but Unger quotes former KGB officer Yuri Shvets who insisted that no Jew could have run a fresh produce shop, or been allowed to emigrate to the US, without first being recruited into the intelligence services. Unger even implies that Jewish immigrants made the perfect red spies as anyone questioning their settlement in the US could be accused of ant-Semitism. Well, you said it.

If more evidence was needed, Unger points out that Trump bought the electronics on credit but paid the bill a relatively-prompt 30 days later, tenuously implying that the two appliance merchants were especially favoured by the multi-millionaire property tycoon.

He adds that the shop was known to stock TV sets that could receive programmes using the PAL encoding system, claiming Soviet diplomats often shopped there before returning home. In fact the USSR and Russia have never used the PAL system, which predominated in western Europe, the Commonwealth, China and parts of South America.

Unger also makes an odd choice in his focus on lawyer Roy Cohn, who represented Trump in his successful case against Justice Department claims that he had discriminated against potential black tenants. Unger describes Cohn as a "Mafia lawyer and dark satanic prince of the McCarthy era", presumably for his role in the trial of Julius and Ethel Rosenberg un charges of spying for the Soviet Union — hardly a Kremlin ally then. 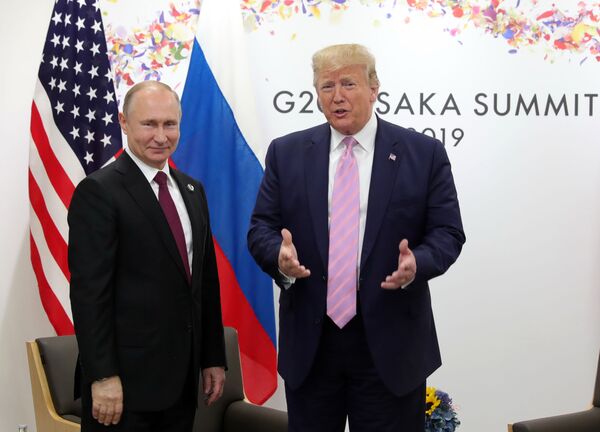 From the Kremlin to the Bedroom

Unger claims Trump drew the KGB's attention because he was "vain, narcissistic, highly susceptible to flattery and greedy".

He writes: "With Trump it wasn't just weakness. Everything was excessive. His vanity, excessive, Narcissism, excessive. Greed, excessive. Ignorance, excessive".

And the writer holds up the future president's penchant for beautiful east-European women as more evidence of a web of ties to the Kremlin. He claims Trump's first wife Ivana, a Czech immigrant, hailed from a city in Moravia where the local branch of the "secret police" worked hand-in-glove with the KGB — unsurprising when the two countries were fellow members of the Warsaw Pact.

Harvard-educated Unger's 2004 book House of Bush, House of Saud pushed his claim that a group Saudi Arabian officials were allowed to fly out of the USA on September 11 2001, despite a ban on private flights in the hours following the suicide airliner attacks on the World Trade Centre in New York and the Pentagon in Washington DC. He claimed $1.4 billion of Saudi money invested in firms linked to the Bush family influenced that decision.