© Sputnik / Mikhail Voskresenskiy
/
Go to the mediabank
Subscribe
International
India
Africa
Ekaterina Blinova
All materialsWrite to the author
The return of Obama-era Middle East hawks in the new Biden administration spells danger for Syria, notes Ghassan Kadi, a political analyst of Syrian descent, adding there's not much room for manoeuvre left for Washington in the region.

On 20 January, Damascus sent its first message to newly sworn-in US President Joe Biden. Addressing a virtual session of the UN Security Council Syrian permanent representative to the United Nations Bashar al-Jaafari urged the White House to "stop acts of aggression and occupation", withdraw American troops from the region, and halt any attempts "to threaten Syria's sovereignty, unity, and territorial integrity".

To assess the current balance of forces in the Syrian Arab Republic one needs to take a look where each major player stands, according to Ghassan Kadi, a Middle East expert and political analyst of Syrian descent. In reference to the Syrian government, Russia, Iran, Turkey, and the US coalition, he says:

"As far as the military forces are concerned, there is no doubt in my opinion that Damascus and Russia have the upper hand now and in the foreseeable future".

The new administration's official foreign policy agenda does not envisage withdrawing US troops from the region anytime soon. Quite the contrary, it vows to:

·         "recommit to standing with civil society and pro-democracy partners on the ground";

·         "ensure the US is leading the global coalition to defeat ISIS* and use what leverage [the US has] in the region to help shape a political settlement to give more Syrians a voice";

·         "press all actors to pursue political solutions" as well as "recommit the United States to lead on humanitarian issues".

Ahead of Biden's inauguration, a US convoy of 60 vehicles including trucks loaded with weapons entered the Syrian province of Hasakah from Iraq, the Syria Times reported on 13 January citing local sources in the town of Al-Swedeyeh.

Even if Biden puts more boots on Syrian soil, it won't be in significant numbers to change the balance of power, according to Kadi, who believes that Washington will have to re-engage in dialogue with Russia and Turkey to proceed with its Middle Eastern agenda. Moscow's five-year operations in Syria as well as its partnership with Ankara and Tehran have considerably changed the region's status quo since the beginning of the 10-year war, he believes. 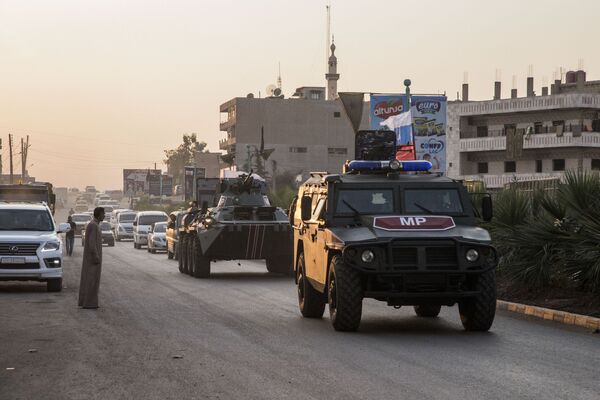 However, if the Biden administration manages to mend fences with Turkey and drive a wedge between Moscow and Ankara that will change the situation on the ground, according to Kadi.

"A softer American stance towards Turkey would mean to [Turkish President Recep Tayyip] Erdogan that America supports him against the Kurds, and Erdogan has made it clear to Trump and Obama before him, that you are either on my side or the Kurds", the political analyst notes.

Under this scenario, Ankara would also expect Washington to lift the December sanctions over Turkey's acquisition of the Russian-made S-400 missile defence systems as well as Turkey's return to the Lockheed Martin F-35 programme, among other issues. Still, this does not appear to be the case, as Anthony Blinken – former senior Obama official and Biden's new secretary of state – told the Senate Foreign Relations Committee on 19 January that the incoming Cabinet would maintain restrictions on Turkey and did not rule out them being expanded in the future. Similarly, it is unlikely the Biden administration will withdraw support from the Kurdish-dominated Syrian Democratic Forces (SDF) given that Blinken has long been a vocal proponent of arming Kurdish militias.

There are other signs indicating that US-Turkish tensions may escalate even further under the new administration, according to CNBC. The news agency recalled that in a January 2020 interview with The New York Times Biden called Erdogan an "autocrat" and suggested the US could support Turkish opposition leaders "to be able to take on and defeat Erdogan". "Not by a coup, but by the electoral process", the then-presidential contender specified. This remark was subsequently denounced as "interventionist" by Turkey. 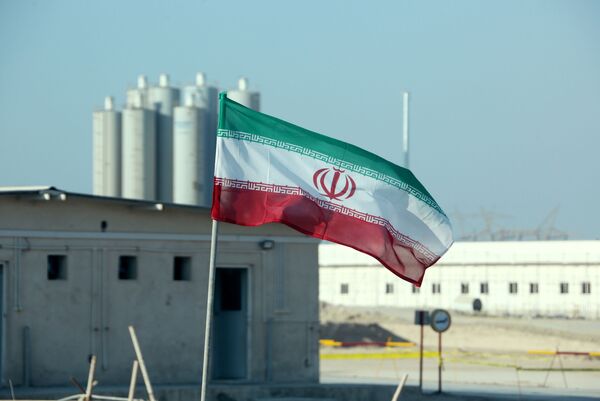 A picture taken on November 10, 2019, shows an Iranian flag in Iran's Bushehr nuclear power plant, during an official ceremony to kick-start works on a second reactor at the facility. - Bushehr is Iran's only nuclear power station and is currently running on imported fuel from Russia that is closely monitored by the UN's International Atomic Energy Agency.
© AFP 2023 / ATTA KENARE

Biden's plan to return to the Iran nuclear deal, howev er,may have a positive impact on the situation in Syria, according to Kadi.

"If Biden eases the tensions with Iran, then this could have a positive flow-over effect on his relationships with both Russia and Syria and possibly ease sanctions", suggests the Middle East expert. "On the other hand, this will upset Israel and possibly Turkey unless Iran will be prepared to reciprocate by pulling out of Syrian affairs, and also unless Biden simultaneously strikes a deal with Erdogan that appeases the latter".

Tehran is calling upon the White House to restore the 2015 Joint Comprehensive Plan of Action (JCPOA). According to Iranian Foreign Minister Mohammad Javad Zarif, Washington "can begin by removing all sanctions imposed since Trump assumed office and seek to re-enter and abide by the 2015 nuclear deal without altering its painstakingly negotiated terms".

For its part, the Biden administration has made it clear the US is "a long way" from reviving the deal and that it will be preceded by consultations with Israel and the Gulf monarchies. In addition, Washington is planning to include Iran's ballistic missile programme in the forthcoming talks, something that Tehran strongly opposes.

The Islamic Republic has gradually suspended its compliance with the nuclear deal's limits since 2019 in response to Donald Trump's unilateral withdrawal from the agreement in May 2018. 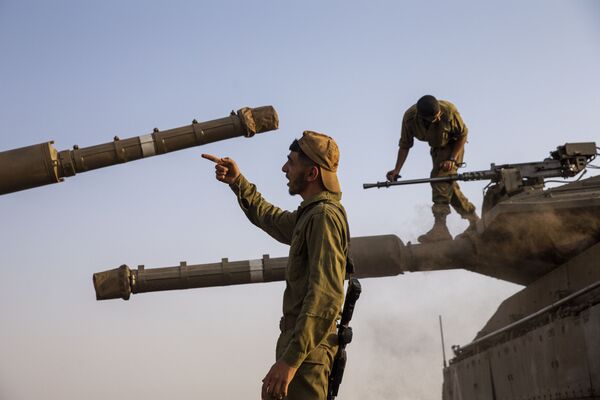 When it comes to other regional players, including Israel and the Gulf nations, Kadi does not see them doubling down pressure on Damascus in the near term. While the Jewish state continues to attack alleged Iranian military positions in the region, the political analyst does not rule out some sort of peace deal between Damascus and Israel, akin to the Abraham Accords, in the distant future.

"Realistically, Syria has long walked away from the concept of the 'full liberation of Palestine' and the 'eradication of Israel'", the political analyst says, suggesting that the return of the occupied Golan Heights to Syria and the return of the West Bank to Palestinians are Syria's prime objectives. "In September 2020, a senior Syrian Statesman Mehdi Dakhl-Allah clearly said that a peace deal between Syria and Israel is closer than anyone thinks", Kadi remarks.

When it comes to the Arab states of the Persian Gulf, the political analyst suggests they may potentially end up joining reconstruction efforts by Damascus. However, a lot is hanging in the balance with the advent of the Obama-era foreign policy operatives, according to him.

Still, he believes that Russia will continue to play the role of a powerful broker that will prevent the region from sliding into chaos.

"Since Russian troops entered Syria, I have been saying that President Putin had a comprehensive peace plan in mind that brings all parties to the negotiating table; and this is because Russia is the only major power that is on relatively good terms with all parties involved", Kadi concludes.

*ISIS (Daesh, Islamic State) is a terrorist organisation banned in Russia and many other countries.