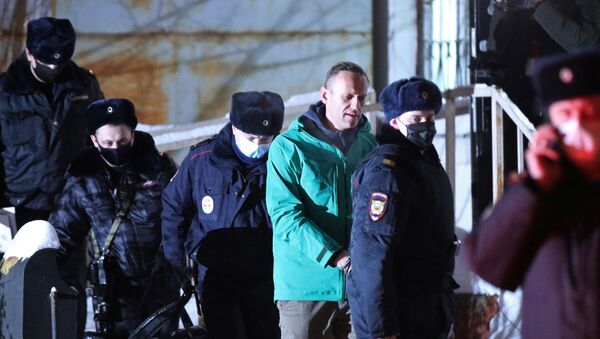 Finian Cunningham
All materials
The day after opposition figure Alexei Navalny was arrested in Moscow last week on his return from a provocative and prolonged decampment in Germany, Western media fell over themselves to condemn his detention.

In its online edition, the US government-owned Radio Free Europe news outlet ran seven articles dedicated to Navalny out of a total of 21. One of the top RFE articles openly called for Russian people to take to the streets to demand the release of the activist.

Last weekend, the US embassy in Moscow published detailed street maps of planned protests under the guise of advising American citizens on what areas to avoid potential trouble with law enforcement officers.

As it turned out, several protests held in over 100 Russian cities did turn violent with several thousands arrested by police. The Russian government says these rallies were unauthorized and illegal, and therefore the authorities had the right and duty to contain them for public order.

One thing is clear, however, Navalny and his supporters are being facilitated by brazen Western interference in Russia’s internal affairs.

Can you imagine further the hysteria among Western governments if Russian media had published articles actually calling people out on the streets?

That’s the chasm of hypocrisy we are seeing with regard to Navalny.

The European Union parliament is calling for sanctions against Russia in support of this dubious agitator. Some European states – Poland and the Baltic countries, Estonia, Latvia and Lithuania – are demanding that the Nord Stream gas pipeline from Russia must be cancelled.

All this anti-Russia furore ignores Russian sovereignty and laws. When Navalny fled to Germany last August, more than five months ago, claiming that he was poisoned with a nerve agent by alleged Kremlin assassins, he spent most of his sojourn orchestrating a false-flag media operation making sensational claim after sensational claim of Russian government evil-doing.

Not only that but he was assisted in his provocation by Western governments, intelligence and corporate media in spinning the story that he was poisoned with a chemical weapon. No evidence has ever been presented to verify such a claim. Indeed a recent report by John Helmer shows how European authorities have actually suppressed any attempt to obtain sample data concerning the provenance of allegations about Navalny being poisoned.

Nevertheless, on the back of mere assertion and innuendo it has been peddled assiduously by the West to the point where the Russian government stands accused and condemned.

When Navalny returned to Russia from Germany on January 18, the Russian federal prison service had already warned him that he had gravely breached the terms of a suspended sentence for a serious fraud conviction in 2014. More especially because during his stay in German, Navalny engaged in a foreign-sponsored media plot to accuse President Putin, the Russian head of state, of attempted murder. 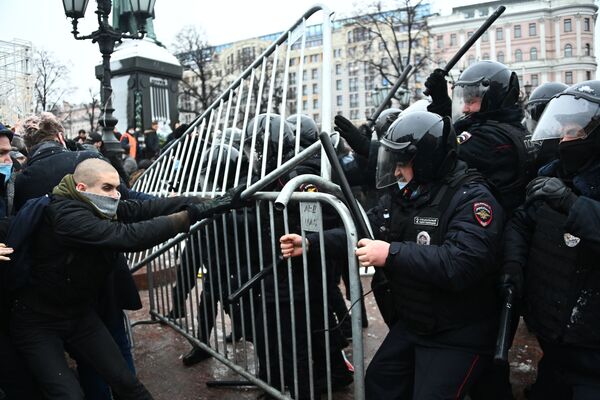 The so-called anti-corruption campaigns run by Navalny and his confreres are long suspected of being funded by the US State Department and related Western spy agencies. He is a point-man in Washington’s attempts to subvert the Russian state by fomenting social unrest in the classic mode of American-inspired “color revolution”. The European states typically go along with Uncle Sam’s desires as they did in Ukraine in 2014, especially the rightwing Polish and Baltic countries who suffer from intense historical Russophobia.

But it seems obvious that the precipitating factor for the recent push with Navalny is the Nord Stream-2 gas project.

Washington has been piling pressure on the European Union over the past year to abandon the gas pipeline. Poland and the Baltic states which are most vociferous about the Navalny case are also most vocal in demands to cancel Nord Stream-2. The suspicion is they have been bought off by Washington with concessions for arms deals or subsidized future US supplies of Liquefied Natural Gas. 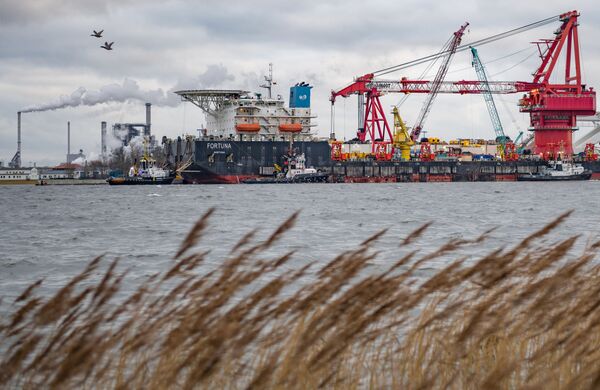 Pipe-laying vessel Fortuna in the port of the German city of Wismar. Gazprom plans to resume the construction of Nord Stream 2 in Danish waters
© Sputnik / Dmitry Lelchuk
/
Go to the photo bank

Despite sanctions to disrupt construction over the past year, Nord Stream-2 has resumed in recent weeks the final phase for completion involving finishing some 50 kilometers of pipe-laying to the German coastline in an overall 1,225-km route from Russia. The €10 billion project will double the supply of Russian gas to the EU.

From a strategic political and commercial viewpoint, the Americans are crazed by this partnership between Europe and Russia. Navalny’s bizarre poison story and subsequent media agitation is central to halting the Nord Stream-2 project.

So desperate is Washington to sabotage the pipeline that it is now throwing full pelt all its efforts at inciting a color revolution in Russia. The hypocrisy is astounding considering the shrill and unfounded accusations the Americans level at Russia about interference.

But so too astounding is the stupid servility of European governments and media who entertain the American agenda. Germany in particular. Germany wants and needs Russian gas as it phases out dirty coal and nuclear power. Yet Berlin has indulged the Navalny nonsense with double standards and duplicity in flagrant affront to Moscow.

Western hypocrisy is a gas.