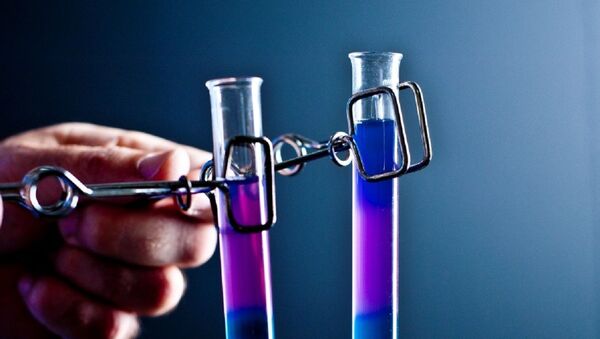 Oleg Burunov
All materialsWrite to the author
Dexamethasone currently remains the only drug to have shown efficacy in treating severe forms of COVID-19, according to Tedros Adhanom Ghebreyesus, Director General of the World Health Organisation (WHO).

A new medicine capable of effectively treating COVID-19 and other viral diseases may be mass produced in Russia in the immediate future, Russian biochemist Leonid Rink, one of the developers of the Novichok nerve agent, has revealed.

Rink, who worked at the Russian State Research Institute of Organic Chemistry and Technology and is currently at the helm of the interregional trade and industrial association "InterVita", identified the medicine as the antiviral and immunomodulating agent "Immofon".

"It works against viral diseases, and perfectly restores cells after the work of the immune system, that is, it eliminates the cytokine storm [a process when the immune system starts to destroy the human body during an inflammatory disorder], which, according to many experts, is one of the causes of lethality from the coronavirus", the scientist said.

According to him, the medicine is based on the drug "Diucifon" that was synthesised in the Soviet Union in 1967 to treat leprosy and which was on the list of essential drugs until the 2000s. 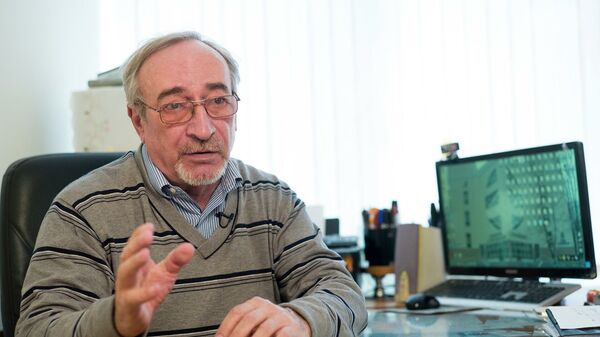 In this photo taken on Wednesday, April 11, 2018, Russian scientist Leonid Rink speaks during his interview to the Associated Press in Moscow, Russia
© AP Photo / Alexander Zemlianichenko

"Immofon" contains a portion of the powerful antiviral agent "Dapsone" and two methyluracil molecules, designed to activate metabolism in tissues and stimulate the regeneration process, Link said, adding that aside from COVID-19, the new drug is effective against lupus erythematosus, scleroderma, rheumatoid arthritis, psoriasis, allergies, leukaemia, and lung diseases.

He pointed out that the drug has already been tested on about 700 elderly volunteers, saying "there was not a single severe stage and not a single death after infection".

The biochemist said his company is engaged in manufacturing pilot batches of the new drug to test its effectiveness against various pathologies. He added that negotiations are underway with the Russian Health Ministry and other regulators on the production of pre-filled syringes and droppers, and that one dose of "Immunofon" will cost about one thousand roubles ($13.20).

Rink is known as a scientist who played a major role in the creation of the Novichok ("Novice" or "Newbie") group of chemical weapons in the USSR.

Earlier, London claimed that Moscow was behind using Novichok to poison former Russian intelligence officer Sergei Skripal and his daughter Yulia in 2018, allegations that were rejected by the Russian authorities as baseless.

The head of Russia's Foreign Intelligence Agency (SVR), Sergei Naryshkin, for his part, underscored that all of the nation's stocks of the Novichok nerve agent had been eliminated in compliance with protocols from the Organisation for the Prohibition of Chemical Weapons (OPCW).

"This [elimination] was recorded in due course. Therefore, to say that there are either production facilities or old stocks of chemical warfare agents on the territory of Russia is, of course, disinformation", Naryshkin told reporters last year when asked whether Russia has stocks of Novichok.