Is Bellingcat Being Played by the CIA? 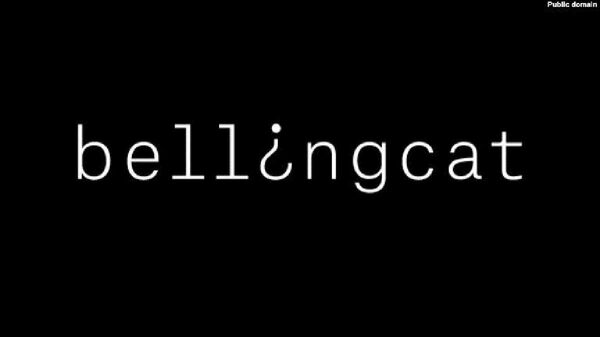 Eric van de Beek
All materials
Bellingcat presents itself as a group of independent, open source researchers, scraping the Internet for the truth. Are they really? Highly confidential information keeps popping up on their website.

The US government finances them. And in their publications, the culprits are almost always the same: Russia, Syria, as well as other nations that are not willing to bow for the US empire.

Founder Eliot Higgins and his Bellingcat team have made quite a name for themselves with their investigations into the downing of Flight MH17 in eastern Ukraine, the alleged chemical attacks in Syria, as well as the poisoning of opposition leader Alexei Navalny in Russia and former intelligence agent Sergei Skripal and his daughter in the UK.

The Western press never gets tired of reporting about them. Each time Bellingcat brings out a new report, the press jumps on it. And the underlying message fed to their audiences is always the same: Putin is Hitler and Assad is Hitler too.

According to the website Wikispooks, which monitors intelligence services, Bellingcat assists the media in promoting “Anglo-US-NATO narratives” by providing them with quotes the media “are wary of claiming their own” and “can not be made attributable to those who ultimately control the narrative - i.e. the spooks”.

This indeed seems to be the way things work between Bellingcat and the Western media. But why would Higgins and his team want to assist the media in the promotion of this kind of narratives?

In 2018, the Integrity Initiative, a British Foreign Office-related organisation, identified which organisations could be helpful in combating Russian disinformation. In the process, doubts were raised about Bellingcat. "Bellingcat was somewhat discredited, both by spreading disinformation itself, and by being willing to produce reports for anyone willing to pay", the Integrity Initiative noted in a confidential document, which was later published by Anonymous.

MH17 Trial: Bellingcat Discredits Defence Team and Witnesses
From 2016 until early 2019, Higgins was a senior fellow at the Digital Forensic Research Lab and Future Europe Initiative; projects run by the Atlantic Council. During his time at the US-based and NATO-friendly think tank, he co-authored several reports.

Among the more significant financiers of Bellingcat is the National Endowment for Democracy (NED), an entity funded by the American government. NED co-founder Allen Weinstein stated in The Washington Post: "A lot of what we do today was done covertly by the CIA 25 years ago". Recently, in an article in Foreign Policy, the CIA’s former deputy chief of operations for Europe and Eurasia, Marc Polymeropolous, praised Bellingcat for their work. “I don’t want to be too dramatic, but we love this", he said. "Instead of trying to have things cleared or worry about classification issues, you could just reference their work”.

Bellingcat's Navalny ‘Poisoning’ Report Created to Destroy Russia's Nord Stream 2, Observers Say
The meteoric rise of Bellingcat started right after the downing of Malaysian Flight MH17 in Eastern Ukraine on 17 July 2014. At that time, the CIA was already deeply embedded in Kiev. With the wreckage of the airliner still smouldering, the Ukrainian authorities among which the secret service known as the SBU had begun publishing wiretaps of separatists discussing a downed plane – and promoting images its agents had "found" on social media showing the alleged plume of a missile launch and the transport of a Buk ground-to-air missile system. The clues Kiev was disseminating to journalists and social media pundits were picked up immediately by Bellingcat. Within two weeks, the open source researchers professed precise knowledge about what had taken place in eastern Ukraine: MH17 was shot down with a missile that was fired from a farm field with a Buk system that had been brought in from Russia. The possibility that Ukraine itself was involved in the disaster quickly disappeared from public discussion. And Ukraine achieved the result it sought: a Western audience that was absolutely convinced Russia was to blame, even before the official investigation had begun.

Who's Behind Black Mirror?

Strangely enough, the financing of Bellingcat is never seriously questioned in the Western media. Nor the sourcing of some information Bellingcat obtains that is anything but "open source". Telephone communications of officers of Russian intelligence agencies and the content of their mailboxes are highly confidential. They cannot be found on the Internet. Still, time and again Bellingcat claims to have obtained this kind of information. In 2018, Bellingcat received passport data of two Russian nationals suspected by the British government of carrying out the poisoning of the Skripals in the British city of Salisbury. 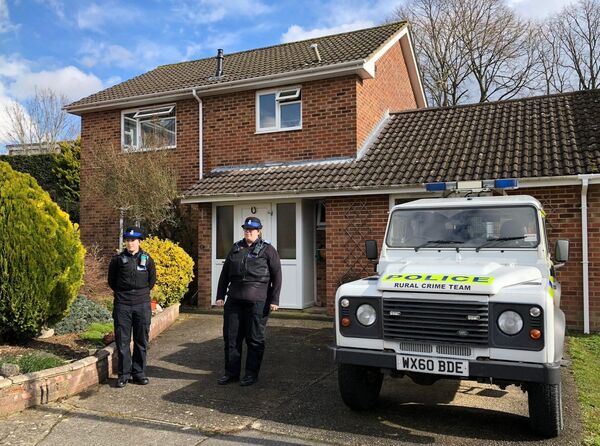 Sensitive information about officers of the military intelligence agency GRU, whether fake or not, keeps popping up on the Bellingcat website. And as in the cases of the Skripals and more recently the Bonanza Media project, it also appears on The Insider, a key Bellingcat partner run by dissident Russian journalist Roman Dobrokhotov. Several times, the alleged hacked GRU information that has surfaced on both websites has been attributed to the mysterious entity called Black Mirror.

Who's behind Black Mirror? According to Bellingcat, it's a hacktivist group, meaning: a group of ethical hackers. Now this is highly unlikely. Only a competing intelligence agency would be capable of such operations, and not a single intelligence service anywhere in the world would allow its own citizens to perform such actions. It may happen once, but then they will make sure it won't happen again.

Novichok Creator Compares Nerve Agent to Nuclear Bomb
In their latest article, "FSB Team of Chemical Weapon Experts Implicated in Alexey Navalny Novichok Poisoning", published on 14 December 2020, Bellingcat claimed to have obtained voluminous telecom and travel data that implicates Russia’s Federal Security Service (FSB) in the poisoning of Navalny. For this piece, Bellingcat again collaborated with Dobrokhotov of The Insider. But this time there was no mention of Black Mirror. Bellingcat stated that the information was bought on the black market. In an interview with the Latvian website Meduza, Bellingcat's lead investigator Christo Grozev said that he had paid for it from his own pocket.
Newsfeed
0
Access to the chat has been blocked for violating the rules . You will be able to participate again through:∞. If you do not agree with the blocking, please use the feedback form
The discussion is closed. You can participate in the discussion within 24 hours after the publication of the article.
To participate in the discussion
log in or register
loader
Chats
Заголовок открываемого материала