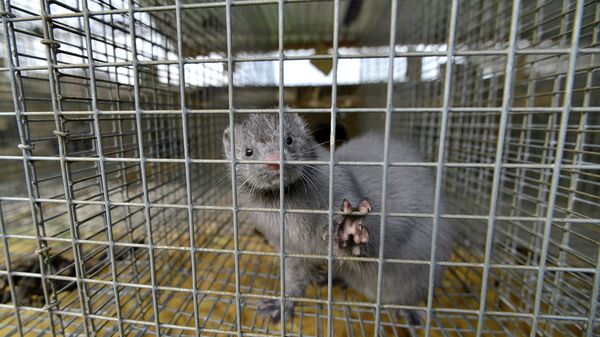 Igor Kuznetsov
All materials
The unparallelled compensation is intended to replace the losses that each individual mink breeder has incurred as a result of farms being closed down and animals killed without being skinned. It also covers lost revenues and debts amassed by the destruction of an entire industry in a world-leading fur-producing nation.

A parliamentary majority in Denmark has agreed to a historic compensation package for mink breeders, who have been waiting for clarification for several months, since their trade was effectively shut down through a government decree that ordered a blanket cull of over 15 million farmed mink.

The agreement may set back the state's coffers from anywhere between DKK 15.6 billion ($2.5 billion) and DKK 18.8 billion ($3 billion), depending on the final assessment of each individual farm, Danish Radio reported.

The money is intended to replace the losses that each individual mink breeder has incurred as a result of farms being closed down and animals killed without being skinned. It also covers lost revenues and repaying debts amassed as result of the farm closures. Additionally, a number of industries depend on the mink breeding business, including feed centres, auction houses and transport companies.

"I am pleased that a broad section of the parliamentary parties is in favour of a fair and square compensation", acting Finace Minister Morten Bødskov praised the cross-bloc agreement between the ruling Social Democrats, the liberal-conservative Venstre, the Social Liberals, the Liberal Alliance, and the Socialist People's Party.

Along with the compensation, there is a so-called "hibernation scheme" for those mink breeders who want to start up again when the ban on mink breeding expires at the end of the year. The Danish People's Party and the Conservatives left the negotiations frustrated given that merely DKK 60 million ($9.7 million) has been allocated for the hibernation scheme.

The compensation agreement crowns a chaotic process. The first instances of COVID in farmed mink were reported in June 2020, after which only targeted sanitary culls followed. In September, a mutation was discovered that could potentially jump to humans and interfere with the vaccination process. The government subsequently ordered a blanket cull of all farmed mink and the closure of all of the nation's approximately 1,000 mink farms.

While it later turned out that there was no legal basis for such an operation, a government majority retroacively blue-stamped the killing of roughly 15.4 million mink across the country. Before the fateful decision that threw the future of the profession into deep uncertainty, Denmark ranked among the world's leaders in the fur trade.

The uncertainty has spurred mink breeders to slam the politicians for dither and delay. Acting Finance Minister Morten Bødskov countered that finding a suitable scheme took some time.

"These are serious issues we have discussed. These are complicated matters, and the conditions of many breeders need to be discussed and reversed. Therefore, it has taken the time it has", Bødskov explained.

Dramatic as it was, the mass killing was overshadowed by unforeseen accidents including bloated mink carcasses unearthing themselves. Faced with complaints and security concerns, the Danish government decided to exhume the corpses and incinerate them.