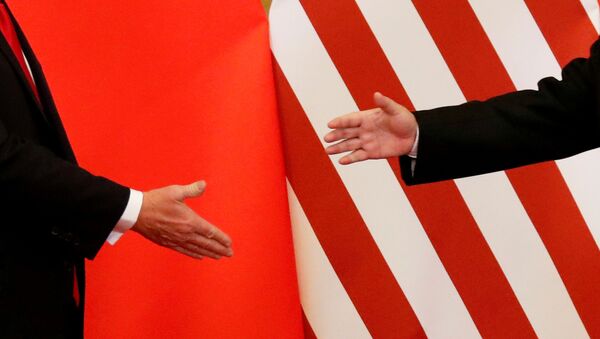 Demond Cureton
All materialsWrite to the author
The speech comes as nations battle the ongoing coronavirus pandemic and struggle with economic downturns caused by national lockdown restrictions. Reports anticipate a reset in relations with the newly-appointed Biden administration amid the ongoing trade war, it was reported at the event.

The Chinese president said there was a need to balance COVID-19 measures with global economic development as well as for global economies to adjust growth models and improve their structures.

“Guided by science, reason and humanitarian spirit, the world has achieved initial progress in fighting COVID-19. That said, the pandemic is far from over, he said, adding "winter cannot stop the arrival of spring, and darkness can never shroud the light of dawn".

He also called on countries to abandon "ideological prejudice" and follow a shared path of "peaceful coexistence, mutual benefit, and win-win cooperation.”

“Difference in itself is no cause for alarm. What does ring the alarm is arrogance, prejudice and hatred,” he said.

China Economy Rose 6.5 Percent in Q4 Due to COVID-19 Controls, Will Surpass US by 2028, Reports Say
President Xi urged for global economies to narrow the divide between developing and developed nations, as well as strengthen equality to allow people to benefit from opportunities in economic development.

Xi also called on countries to enhance global public health governance, stating global problems could not be solved by "any one country alone", adding cooperation with the World Health Organisation (WHO) was crucial to boosting global health.

The World Trade Organisation should also be reformed, he said, adding issues on global affairs should be resolved via consultation.

“To build small circles or start a new Cold War, to reject, threaten or intimidate others, to [wilfully] impose decoupling, supply disruption or sanctions, and to create isolation or estrangement will only push the world into division and even confrontation,” the Chinese president said.

“We have been shown time and again that to beggar thy [neighbour], to go it alone, and to slip into arrogant isolation will always fail. Let us all join hands and let multilateralism light our way toward a community with a shared future for mankind,” he said.

The speech is the second keynote address President Xi delivered after speaking at the WEF in 2017.

The comments come amid developments in the ongoing coronavirus pandemic, namely after China's National Bureau of Statistics (NBS) reported last week a 2.3 percent growth rate in 2020, adding strict measures to tackle COVID-19 along with emergency stimulus for businesses helped the nation to recover.

The Chinese economy also grew 6.5 percent last quarter, according to the NBS.

The deals are widely seen as a major boost to China's standing in the global economy amid tensions with Washington in the US-China trade war, which targeted numerous mainland tech firms, including Huawei, ZTE and SMIC, in recent months.

Beijing also announced plans to further expand partnerships in Europe and the Middle East in its 15-member RCEP deal.