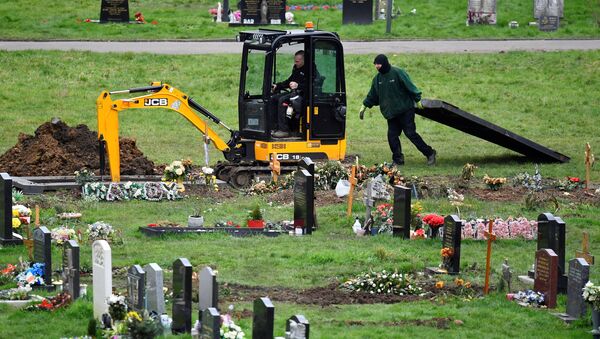 MOSCOW (Sputnik) - A 92-year-old woman from the North Tyneside nursing home in North East England has died after receiving her first dose of a vaccine against the coronavirus, the UK media reported on Monday.

According to various media reports, Mary Green was administered the shot on New Year's eve. Five days later, the woman, who also suffered from dementia, tested positive for the coronavirus. She could not be transported to a hospital due to her frail condition.

"The care she needed in her final days wasn't in care home setting, it was in a hospital setting, and she couldn't have that," Mary's son Chris Green told the Chronicle newspaper.

According to the UK government data, as of 24 January, about 6.3 million people from the top two groups – those aged 80 and over and frontline health workers and care home staff – had received the first dose of the Pfizer/BioNTech or AstraZeneca/Oxford vaccines.

The World Health Organisation's drug safety panel said on Friday that there was no evidence to suggest that the Pfizer/BioNTech vaccine had contributed to deaths in frail elderly patients after such cases were reported in some countries, including France and Norway.