Heart and Brain of the White House: The Oval Office Through the Ages

The Oval Office can be truly described as the heart of the White House, it's synonymous with the power and majesty of the American presidency.

The office is the president's formal workspace, where he meets heads of state, diplomats, other dignitaries and his staff, and from where he addresses the American public and the world on television or - formerly - on the radio.

All inaugurated presidents change the interior decoration of the symbolic room to show their personality.

Upon arriving at the Oval Office, President Joe Biden filled it with images of American leaders and icons with a large portrait of Franklin D Roosevelt placed right in front of the Resolute Desk - the only piece of furniture which is never changed since it was given by Queen Victoria to President Rutherford B Hayes in 1880, having been fashioned out of the oak timbers of the British Arctic exploration ship, HMS Resolute. 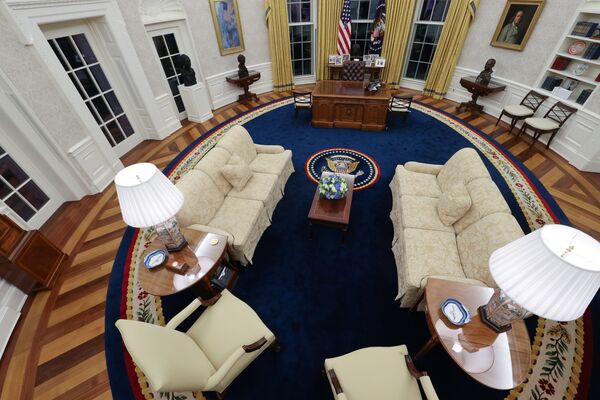 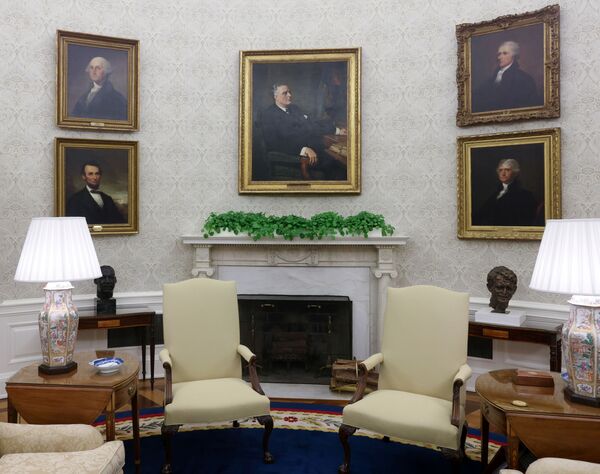 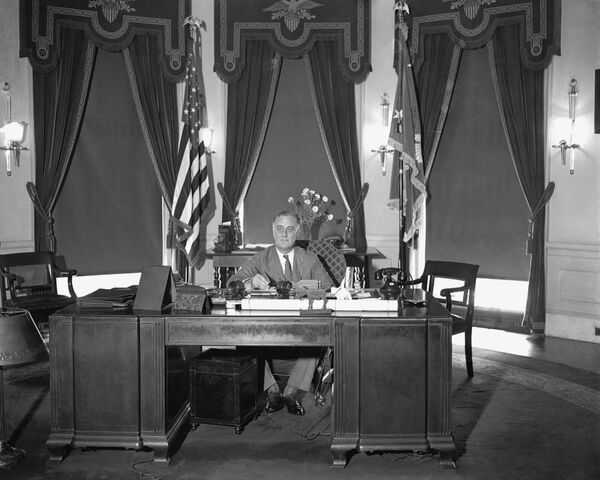 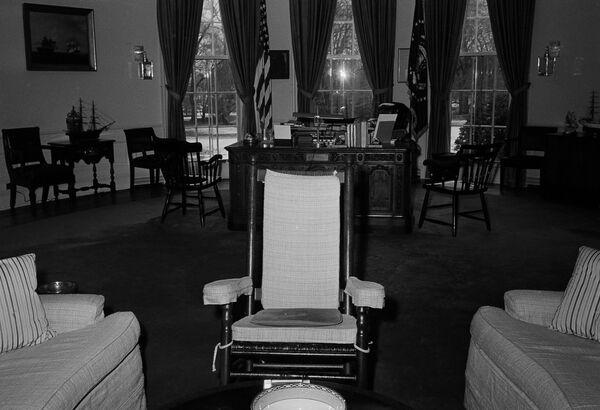 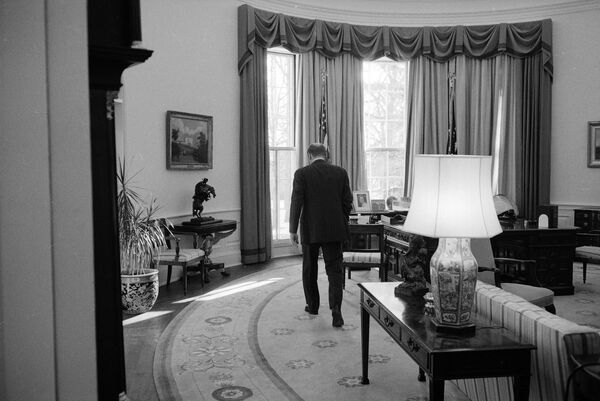 5/12
© AP Photo / Eddie Adams
President Gerry Ford strides across the Oval Office of the White House, 19 January 1977, as he and the other members of the first family prepare to leave the White House, as President-elect Jimmy Carter is sworn in. 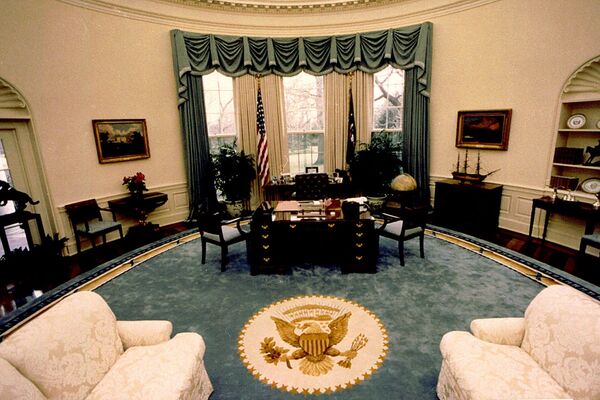 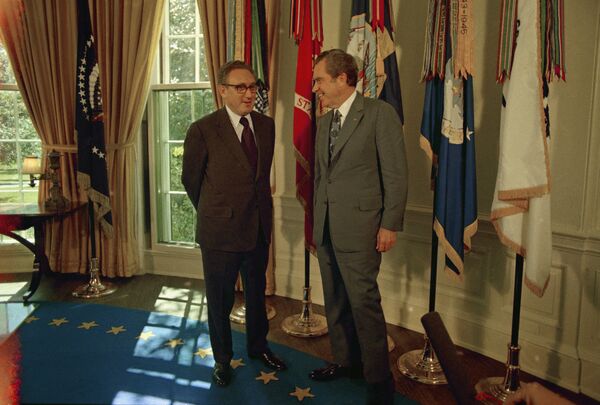 7/12
© AP Photo
Secretary of State Henry Kissinger being congratulated on 16 October 1973 by President Richard Nixon in the Oval Office of the White House, following the announcement that Kissinger had won the 1973 Nobel Peace Prize. Kissinger and North Vietnamese diplomat Lo Duc Tho won the prize together for their efforts in ending the Vietnam war. 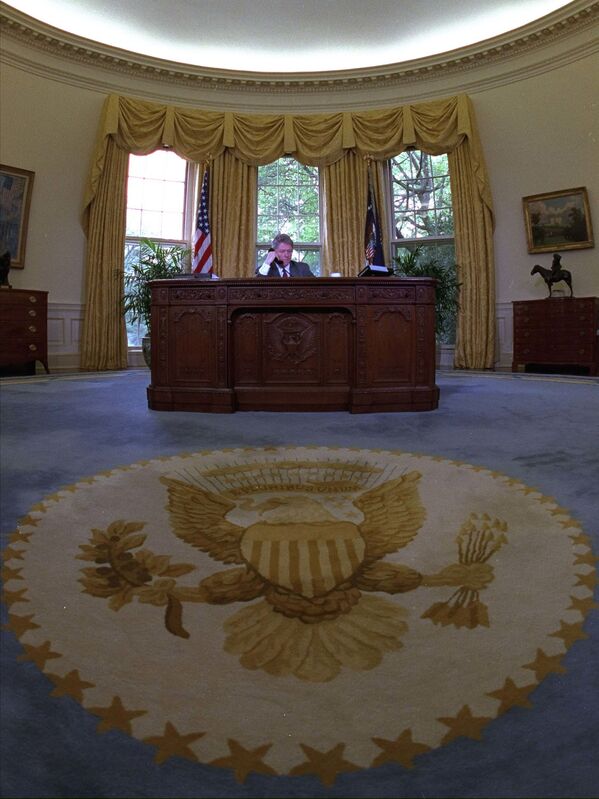 8/12
© AP Photo / Ron Edmonds
President Clinton talks on the telephone to the US Mayors from the Oval Office of the White House, 4 May 1993. 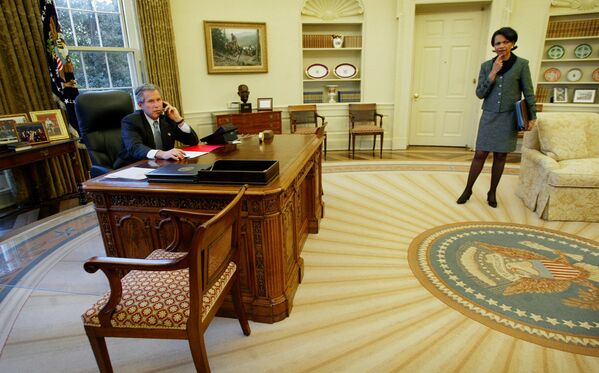 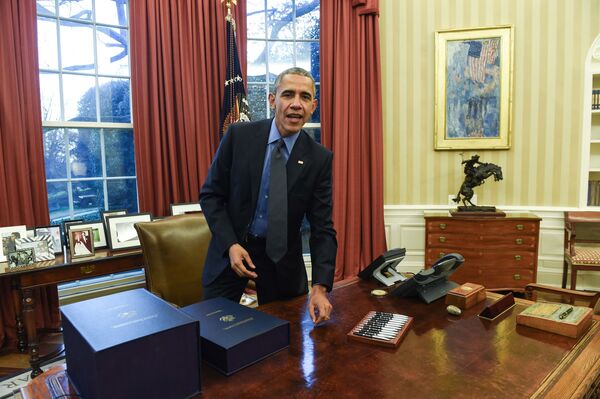 10/12
© AFP 2021 / Nicholas Kamm
US President Barack Obama gets up after signing a compromise $1.1 trillion spending package that funds the government through September 2016 in the Oval Office at the White House in Washington, DC, on 18 December 2015. 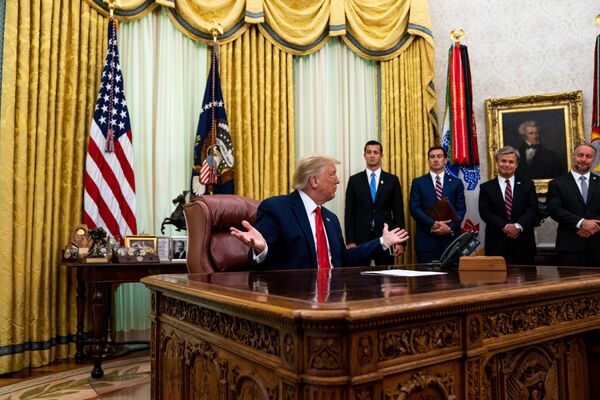 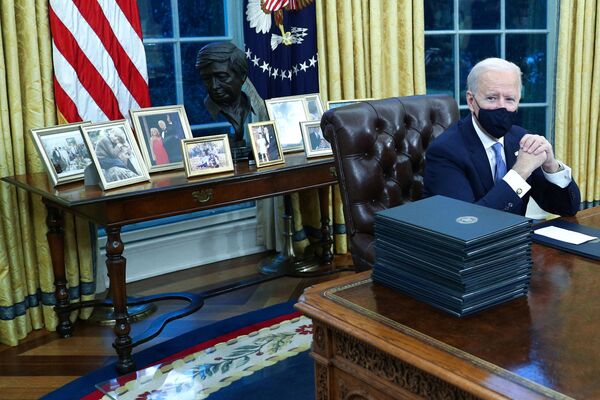