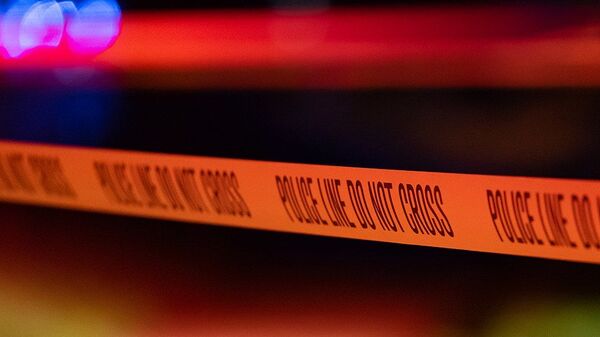 CC BY 2.0 / Tony Webster / Police Line Do Not Cross
Subscribe

Igor Kuznetsov
All materials
Having been firebombed with Molotov cocktails barely several days ago, the Spånga church was hit by yet another attack, that has sparked near-universal condemnation.

The 12-century Spånga church, located between two immigrant-dense areas formally classified as 'vulnerable', has been subjected to a second fire attack in barely a week.

According to its pastor, the alarm was triggered when a window was smashed and flammable liquid thrown at the front gate and one of the windows. However, the fire was quickly put out by the police, who used a powder extinguisher.

“It is very sad that there are people who do this. The very purpose of the action is to provoke,” Jerker Alsterlund, pastor of Spånga-Kista parish, told national broadcaster SVT.

​As recently as Wednesday night, the very same church was subjected to another attack, with three Molotov cocktails.

“It is a strong symbolic act against the church. I do not know why anyone would want to do this. The idea may be to arouse disgust or to provoke,” Jerker Alsterlund said. At that time, he also said that the church has “no threats” against it.

“We look at what has been thrown in and whether the night's event has a connection with the one that happened four days ago,” police spokeswoman Eva Nilsson told SVT, adding that the crime has been initially classified as arson.

The second attack in a week triggered reproach and condemnation.

“It is a deeply unempathetic person without love and respect who did this. But the good thing is that so many people have gathered to show that this church is important,” MP Anders Österberg, who was previously vice chairman of Spånga-Kista parish, told SVT, demanding that the city of Stockholm deploy guards at the church.

“An attack on a religious building is a violation of values deeply rooted in human identity. We strongly oppose this and express our deep sympathy” Björn Cedersjö of the Swedish Christian Council said.

The Muslim association Khadija, which for several years arranged joint summer activities with the Church of Sweden in Spånga-Kista, also condemned the attacks, comparing them to recent Quran-burnings by the Danish group Hard Line.

“The Church of Sweden supported us when we were hit by Quran-burnings. Now we want to show our support and say that what has happened is unacceptable”, Mustafa Ahmed of Khadija centre said.

However, on social media some claimed that the authorities weren't vocal enough in their condemnation of the attack.

“I guess I just missed the Prime Minister's and the Minister of Justice's joint condemnation of yet another one in a series of attacks on Spånga church,” one user tweeted sarcastically.

​Spånga parish has been subjected to attacks on several previous occasions. In December 2018, an explosive device was detonated in the same parish. No one was convicted for the blast.

Hailing from the 12th century, the Spånga Church is one of the oldest in the Swedish capital. It is located on the outskirts of Tensta and is flanked by Rinkeby, both notorious for their heavy presence of immigrants (about 90 percent of the population) and a plethora of problems, including violent crime. Both areas are dominated by immigrants from Muslim countries and are formally classified as “particularly vulnerable” (which many consider to be a palatable euphemism for a “no-go zone”) due to failed integration and major problems including unemployment, rampant crime and Islamic extremism.

Attacks against churches have become a familiar sight in Sweden. Last year alone, a number of churches, mostly those in troubled suburban areas, were subjected to various types of attacks and vandalism, including those in Gottsunda, Uppsala and Rosengård, Malmö.