How Low Can the US Greenback Go? 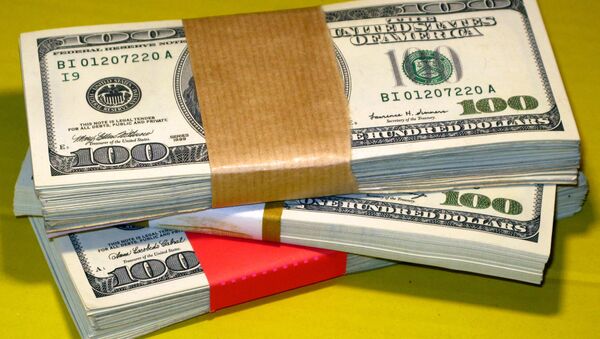 Svetlana Ekimenko
All materialsWrite to the author
Despite an improving economic outlook buoyed by the COVID-19 vaccine rollout and unprecedented stimulus package, the allure of the greenback has dimmed as it suffers from the impact of surging fiscal and current account deficits that show no signs of abating.

The US dollar has been dipping to multi-year lows against its peers, driven by a combination of factors that financiers believe will result in the American currency's value halving. How this forecast plays out largely rests with the US Treasury, which is about to be headed by Janet Yellen, who was the 15th chair of the Federal Reserve from 2014-18.

The question is: how low can the dollar go?

At the end of December, the dollar index fell by 5.5 percent as investors acted on concerns triggered by the large-scale injection of freshly printed unsecured dollars into the US economy.

​Throughout 2020, US Congress and the Federal Reserve worked in tandem to deflect the negative fallout from the economic effects of the coronavirus pandemic, juggling fiscal spending, near-zero interest rates, and a spate of subsidised loan programmes. 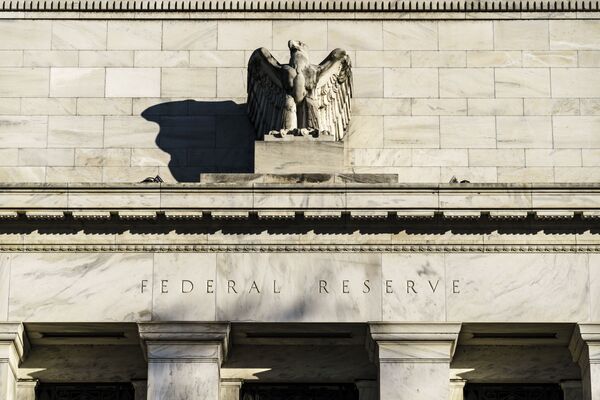 The Federal Reserve is seen in Washington, Monday, Nov. 16, 2020. President Donald Trump's unorthodox choice for the Federal Reserve Board of Governors, Judy Shelton, could be approved by the Senate this week, according to Majority Leader Mitch McConnell's office.
© AP Photo / J. Scott Applewhite

The printing press will inevitably spur inflation, experts say. Last year, the Federal Reserve signalled a major change in its approach to managing inflation, with the Central Bank now targeting an "average" of 2 percent inflation, rather than making this figure a fixed goal. According to Federal Reserve Governor Jerome Powell, this would give it more flexibility, enabling the bank to keep interest rates lower for longer.

While seeking to support the economy, this cannot fail to have a negative affect on the dollar.

Prompted by fears over growing volatility, investors have been eying other, albeit more risky options, a survey of currency strategists by Reuters showed.

Over two-thirds of analysts (51 of 72) surveyed expected the downward dollar trend to last at least until mid-2021.

“You can’t have such an over-valued dollar, it’s as simple as that. The dollar had become and still is significantly over-valued on pretty much any measure that I can think of as a result of monetary policy divergence, and convergence takes away all reasons for that,” Kit Juckes, head of FX strategy at Societe Generale, said, as quoted by Reuters.

In November, experts warned that under the incoming Biden administration, the dollar's value would tank as Democrats vowed additional fiscal stimulus and new aid packages.

The dollar index starts off the week with the Greenback strengthening - a lot of risk events with data like FOMC rate decision & GDP growth in the U.S, along with German & UK employment numbers #forex @gvalan @dak970 @junjudapi @ProjectReaperPW @FXResearchBlog @stanleychen0402 pic.twitter.com/cQUIDtullb

​This would weaken the dollar in the long-term, resulting in a ballooning budget deficit and a spike in external borrowing required to cover it.
The boosted coronavirus vaccination drive is also seen as a negative for the American currency – the greenback is typically in demand in times of chaos, reflecting its traditional role as a haven for investors and savers, as seen in a startling rally at the peak of the virus outbreak in March. Many currency watchers believe the inoculation programme changes this.

Hedge funds boosted net short positions in the US #Dollar to the highest since April 2018 pic.twitter.com/xCUgAAaRO3

​“Vaccine distribution we believe will check off all of our bear market signposts, allowing the dollar to follow a similar path to that it experienced from the early to mid-2000s,” when the currency spiralled into a multi-year downturn, according to a report by Citigroup strategists.

The greenback plunged in December to its weakest level in more than 2.5 years thanks to optimism about COVID-19 vaccines.

Looking ahead, economists' forecasts are far from optimistic, with Citigroup estimating that the Democrats' takeover of the White House will "seriously increase" the likelihood that the dollar will weaken by 20 percent in 2021.

As the Treasury Department announced early in 2020, its plans to borrow $3 trillion in the second quarter alone to foot the virus-relief bill. The swelling budget deficit will "plague US lawmakers for years," according to former chairman of Morgan Stanley Asia. 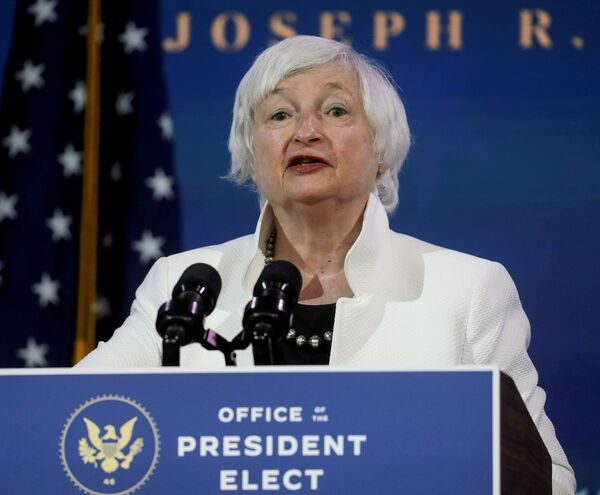 The prospect of inflation is further heightened by the likelihood of more stimulus packages, on top of the ones that Congress already passed in 2020. These will need to be funded by debt issuance.

American economist and investment banker Jim Rickards, who has 35 years of experience working in capital markets on Wall Street and was the principal negotiator of Long-Term Capital's rescue, claims the US will eventually have to tackle the debt problem, and that solving it will lead to a 50 percent devaluation of the dollar.

The renowned financier added that the US has come under pressure from a number of states that have challenged American dominance in the international financial system, primarily Russia and China.

“China is not alone in its efforts to achieve creditor status and to acquire gold. Russia has greatly increased its gold reserves over the past several years and has little external debt. The move to accumulate gold in Russia is no secret, and the ruble is the most gold-backed currency in the world,” said Rickards.

As Joe Biden's team gets down to brass tacks, the newly-elected president’s pick for treasury secretary, Janet Yellen, the ex-head of the Federal Reserve, has reportedly repeatedly touted the benefits of a weaker greenback for exports. However, she faces pressure to return the US to a “strong-dollar” policy.

Economists have been sounding the alarm.

“It would be unwise to appear actively devaluationist or indifferent to the dollar,” Larry Summers, who was treasury secretary under Bill Clinton and national economic adviser under Barack Obama, was cited as saying by Bloomberg.

Opting for a strong dollar would be “prudent” for the incoming secretary, he insisted, particular given Biden’s plans for an “expansionary policy.”