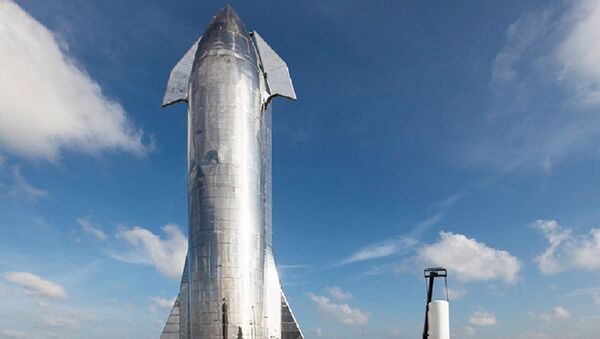 Arty Katkov
All materialsWrite to the author
The spat of land in question is located near SpaceX’s Boca Chica launch site, which according to the company’s CEO would be used exclusively for Starship super heavy-lift launch vehicles design for long-duration space missions.

SpaceX is locked in a legal battle with Dallas Petroleum Group, which claims ownership of some inactive wells sitting on the same 806-acre (326-hectare) piece of leased by the SpaceX subsidiary Lone Star Mineral Development.

Tim George, an attorney representing the subsidiary, said that SpaceX plans to use the methane it extracts from the ground “in connection with their rocket facility operations”.

This comes after Elon Musk said in December that he relocated to Texas to focus on SpaceX’s Starship vehicle and Tesla Inc.’s new battery factory, which is currently under construction in Austin.

In August, Dallas Petroleum took the dispute to the Railroad Commission of Texas, a state regulatory agency.

In response, SpaceX’s land-acquisition front company Dogleg Park LLC said in a filing to the court that Dallas Petroleum had locked SpaceX out of the property and asserted ownership claims for the “sole purpose of extorting money from SpaceX".

The lawsuit is due to be heard by Brownsville court on 9th February, while the Commission will vote on the outcome of the case once a judge issues a “proposal for decision,” a process that could take months.

SpaceX’s South Texas launch site is a main production and testing site of the company’s Starship system. SpaceX has recently doubled the number of employees onsite for Starship manufacturing, test, and operations.

The company conducted its Starship SN8 test flight on 9th December and is preparing to launch a high-altitude test mission in the coming days,  with the ultimate goal to fly the vehicle to the moon, Mars and other otherworldly destinations.