Some 140,000 Chickens to Be Culled in Japan's Toyama Prefecture Over Bird Flu – Reports 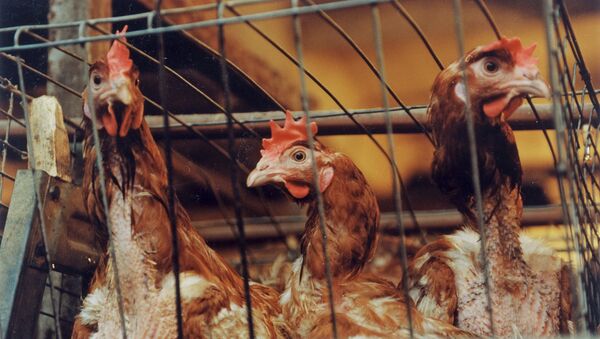 TOKYO (Sputnik) – Some 140,000 chickens will be exterminated in the western Japanese prefecture of Toyama over an outbreak of bird flu, Japanese media reported on Saturday.

The authorities also introduced a quarantine to prevent the movement of eggs and chickens from the area around the infected farm.

Bird flu outbreaks have previously been discovered in the prefectures of Kagawa, Fukuoka, Hyogo, Miyazaki, Hiroshima, Nara, Oita, Wakayama, Okayama, Shiga, Kochi, Tokushima, Chiba, Gifu and Kagoshima. According to the Ministry for Agriculture, more than 6 million domestic birds have already been exterminated to prevent the spread of the disease.