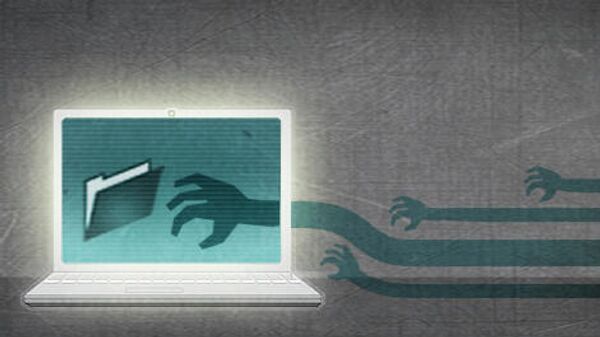 Mohamed Elmaazi
All materialsWrite to the author
Nearly 500 search and seizure warrants were executed as part of the Mueller investigation into alleged Russian interference in the 2016 election. Some of those warrants were for the electronic data belonging to a graphic designer, that contained 'gag orders' preventing Google and Microsoft from informing him that his data had been handed over.

Somerset Bean is a British graphic designer who works with whistleblowers, journalists and activists. Bean (who prefers to be referred to by his pseudonym) discovered in 2019 that Google was served with a warrant by former special prosecutor Robert Mueller for the "contents and metadata of all emails" associated with his account, back in 2018. A 'gag order' within the warrant prevented Google from informing Bean that the warrant had been served. More than one year later, in January 2021, Bean was notified of another warrant that was served for more his digital records, this time from Microsoft.

Sputnik: What entered your mind when you were first notified that the DOJ sought and obtained access to your Google related digital records?

Somerset Bean: My initial feelings were those creepy feelings I'm sure most people get when receiving direct confirmation of an invasion of their privacy. We all know that all our data is being vacuumed up by "security agencies" and giant corporations, but it's more confronting to know that you have been personally targeted.

It was also interesting and a little disturbing to have confirmation that the net is rather wide when it comes to DoJ fishing expeditions like this aiming to catch Julian Assange.

Sputnik: What exactly did the US DoJ gain access to?

Somerset Bean: The Google warrant was for the contents and metadata of all emails, including drafts and those deleted but still stored by Google, all information related to the identification of the Google account including physical and IP addresses, phone numbers, credit card or bank account numbers, search and web history associated with the account, even passwords... and more. Basically, everything Google had on me.

I actually deleted my Gmail account many years ago and have no insight as to the information that would still have been on Google's servers.

I'm waiting to receive a copy of the warrant served on Microsoft, but I imagine it will be similarly comprehensive in the information it demands. My email account with Microsoft is still active as it is the address I've used to communicate with family and friends for more than a decade. So the DoJ would have gathered plenty of irrelevant data whilst intruding in my personal life.

Update: Just received notice from Microsoft informing me that data was handed over to the US DoJ in October 2018 under a non-disclosure order that has now expired. Related to the Mueller Investigation's fishing expeditions re Julian Assange. #FreeAssangeNOW https://t.co/Y7N76tmdcm pic.twitter.com/IZbxVM0mwd

​Sputnik: Do you know why you were targeted by these warrants? Have you worked with WikiLeaks or Assange?

The Google warrant reveals the type of content the DoJ is searching for, and lists specific felonies such as "aiding and abetting", "accessory after the fact", "conspiracy", "unauthorized access of a protected computer" and "witness tampering".

The warrant also states that the inquiry is looking for evidence of "hacking, release of hacked material. communications with persons or entities associated with [REDACTED] including but not limited to Julian Assange."

So it's clear that the targeting is a result of any contact that I may have had with Julian Assange and possibly people associated with WikiLeaks (some of that information has been redacted in the warrant).

I've been offering free graphic design resources for activists and journalists supporting Julian Assange over the last 10 years, and to WikiLeaks. I visited Julian a handful of times when he was in Embassy asylum, and I suspect it is those visits that have drawn the attention of US prosecutors.

Sputnik: Have your habits or behaviour changed at all as a result discovering that the US DOJ were able to secretly gain access to all of your digital information?

Somerset Bean: I don't think so. Because I was already well aware that all of our data is being captured, I was already using end-to-end encrypted email as much as possible. Apart from that, I'm not a tech expert and I also participate in social media, so haven't much of a hope of protecting my privacy. Though I'm determined not to let that intimidate me or chill my activism.

Sputnik: What can you tell us about this latest warrant for your Microsoft related accounts?

Somerset Bean: Not a great deal yet, until we can see the actual warrant. I presume it will be similar to the Google warrant and gag order. Although Microsoft have informed me over a year later than Google, so it will be interesting to see if the gag order was set to run for a longer time, or if Microsoft dragged their feet in letting me know.

Sputnik: Has this most recent revelation of another warrant obtained for your Microsoft-related accounts caused any more distress or concern?

Somerset Bean: Not particularly, as the "novelty value" of receiving such a warrant has long passed! Also, the warrants are related to a now-closed inquiry which found no evidence of wrongdoing on the part of Assange or WikiLeaks.

I'd already decided that visiting the US probably isn't worth the hassle.

The distress and concern that I do have is related to the global proliferation of mass surveillance systems, and the implications for society where unaccountable corporations control all of our data.

Sputnik: What, if anything, are you trying to do now in relation to these revelations?

Somerset Bean: I'm now awaiting a response from Microsoft providing the original documents for the search warrant and the gag order.

I'm also sharing the information online as it is another small aspect of the US persecution of Julian Assange. Everyone should be aware of how far the finger of accusation inevitably points from the central target. Activists, whistleblowers, journalists and others who are particularly vulnerable to this kind of targeted surveillance should endeavour to protect themselves and their associates and secure their data — at the very least "sensitive" communications.