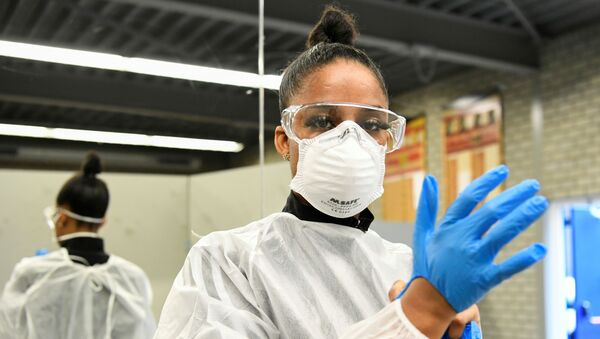 Igor Kuznetsov
All materials
If proven corrent, the Danish calculations may have far-reaching consequences for efforts to contain the mutated strain, including the pace of rolling back restrictions.

Denmark's State Serum Institute has calculated that the British variant of the coronavirus is 36 percent more contagious than the common strain.

This is only half as bad as estimated by the British scientists, who gauged it as 74 percent more infectious.

“In our calculations, we have found that the contact number for the British variant is 1.36 times higher than the other variants,” Tyra Grove Krause, head of department at the State Serum Institute told Danish Radio.

“It sounds very, very accurate with the 36 percent, but it is not. It can be between 20 and 50 percent more contagious,” Tyra Grove Krause specified. “But it's a little lower than what we've heard from the UK. Still, we have to approach it with caution, because these numbers are not set in stone. They may well change as we get more data,” she emphasised.

If true, the calculations may have far-reaching repercussions for efforts to contain it. While previously it had been calculated that Denmark could contain the British variant with a Reproduction Rate of below 0.66, now this figure has been adjusted to 0.8. For the common version of Covid-19, the ideal rate is below 1.0.

Tyra Grove Krause praised the development to be “good news”, but cautioned to view it with uncertainty as things are prone to change.

According to Krause, the current R-rate of the British variant is unknown, but the State Serum Institute expects to gain more clarity as more tests come in. Provided that the conjectures about its contagiousness hold water, it may affect Denmark's partial lockdown.

“If the virus is less contagious than we have assumed so far, then it means that you don't need exactly the same restrictions, so it provides some better opportunities for re-opening,” Tyra Grove Krause explained.

So far, the British variant has been registered in over 380 Danes. According to the State Serum Institute, it accounted for about eight percent of new infections, prompting several experts to warn that it may soon become the dominant strain in Denmark.

Others, however, warned of the South African strain. While so far a single instance of it has been recorded in Denmark, it is considered more of a dark horse, capable of toppling the current calculations.

Denmark, a nation of 5.8 million, has seen over 192,000 cases of Covid-19, with close to 2,000 fatalities. Covid has also taken its toll on Denmark's economy, prompting the government to shut down all mink farms and gas millions of the animals to avoid the spread of virus mutations.