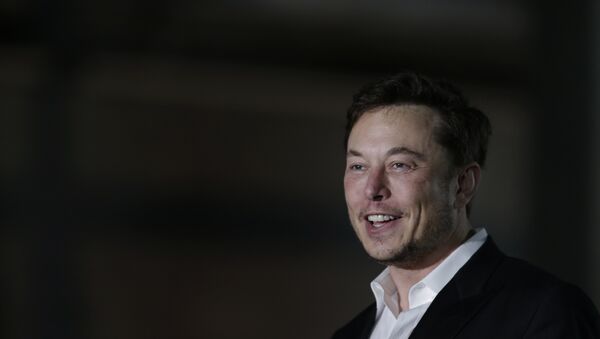 Andrei Dergalin
All materialsWrite to the author
In response to Musk's proposal, several social media users inquired exactly how he intends to carry out the project and how useful it might be.

Famous entrepreneur and Tesla Inc CEO – not to mention the world's richest man – Elon Musk recently hinted at plans to improve Miami's infrastructure with the help of one of his business ventures.

The tech mogul dropped the reveal on Twitter, after Miami Mayor Francis Suarez agreed with Elon's earlier tweet about car battery cell production being "the fundamental rate-limiter slowing down a sustainable energy future."

As Suarez wrote that he would love to discuss the matter with Musk, along with "potential solutions for the benefit of our future," the Tesla chief replied that "cars & trucks stuck in traffic generate megatons of toxic gases & particulate," while road tunnels constructed beneath Miami by his Boring Company "would solve traffic & be an example to the world."

Cars & trucks stuck in traffic generate megatons of toxic gases & particulate, but @boringcompany road tunnels under Miami would solve traffic & be an example to the world.

Spoke with @RonDeSantisFL about tunnels last week. If Governor & Mayor want this done, we will do it.

​Musk also mentioned that he discussed the matter with Florida Governor Ron DeSantis last week, adding: "If Governor & Mayor want this done, we will do it."

A number of social media users, however, have questioned how Musk might try to achieve this feat of engineering, what kind of challenges a tunnel construction project might face in Miami, and if tunnels would actually help.

Miami’s only about 2m above sea level... How would @boringcompany be able to make tunnels in Miami?

How would congestion be reduced at the entry / exit points of the tunnels? And are tunnels more of an option to get from A to B without having to go through the city gridlock?

How do you plan to flood proof the tunnels considering Miami will eventually have to solve for sea level rise and potential flooding of the city?

"A key rebuttal to the tunnels is that if you add one layer of tunnels, that will simply alleviate congestion, it will get used up, and then you’ll be back where you started, back with congestion. But you can go to any arbitrary number of tunnels, any number of levels." Elon Musk