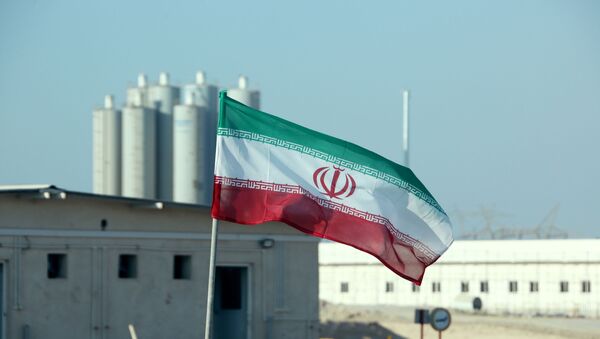 Ilya Tsukanov
All materialsWrite to the author
This week, after bidding farewell to “tyrant” Donald Trump, Iranian President Hassan Rouhani called on Joe Biden to rejoin the Iran nuclear deal, saying the "ball is now in the US court". Tehran has expressed willingness to return to its obligations under the deal, so long as Washington doesn’t try to jam any new conditions into the agreement.

Members of the Biden team have been negotiating with their Iranian counterparts on the prospects of a US return to the Joint Comprehensive Plan of Action nuclear deal for about three weeks now, with talks underway even while Trump was still president, Le Figaro has reported, citing a source said to have ‘access to the circles of power in Tehran’.

“Discussions took place in New York between Majid Takht Ravanchi, Iran’s representative to the United Nations, and a US envoy from the Biden administration,” the source said. “We will know very soon whether these discussions were successful or not.”

The source also specified the purpose of the discussions, saying that “they aim to fix the framing of announcements” on a possible US return to the deal, and that they have been focused on a “strict and concomitant return” of the two countries to the agreement, including the lifting of crushing US sanctions against Iran imposed in 2018 after President Trump withdrew the US from the treaty.

On 20 January, Israeli Prime Minister Benjamin Netanyahu, who successfully lobbied Trump to quit the JCPOA, told Biden via Twitter that he looks forward to working with the Democrat “to further strengthen the US-Israeli alliance” and to “confront common challenges, chief among them the threat posed by Iran.”

In his own address on Inauguration Day, President Rouhani of Iran promised that his country would “fully respect our commitments” under the nuclear agreement if the Biden administration were willing to do the same and rejoin the treaty.

IDF Reportedly Tasked With Creating ‘Military Option’ Against Iran in Case of Nuclear Escalation
Iran, the United States, Russia, China, Britain, France, Germany, and the European Union signed the JCPOA in 2015, with the agreement promising the removal of international sanctions against Tehran in exchange for a commitment by the Islamic Republic to reduce the scope of its nuclear programme and to pledge not to build nuclear weapons.

After the US’s withdrawal from the agreement in May 2018, Iran gave the deal’s Western European signatories one year to try to create a trade mechanism to evade US sanctions. In 2019, citing the failure of these efforts, Tehran began abandoning some of its commitments to the agreement, scrapping limits on uranium stockpiles and enrichment levels. The Islamic Republic nonetheless maintains that it has no intention of developing nuclear weapons, and has said that it would rejoin the JCPOA fully if the US did the same.