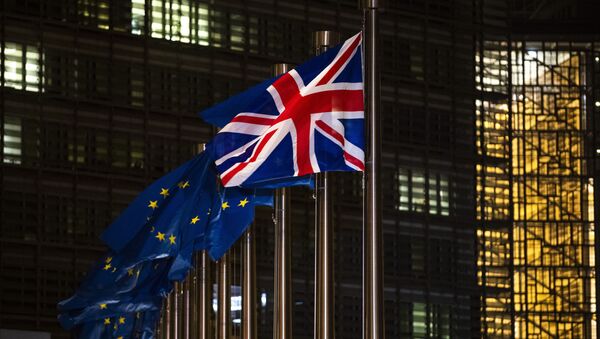 LONDON (Sputnik) – The UK government is refusing to grant the European Union's ambassador to the United Kingdom, Joao Vale de Almeida, the same full diplomatic status given to other ambassadors and is treating him instead as a representative of an international organisation, the BBC reported on Thursday.

The UK finally left the EU on 31 December as part of the Brexit process and began a new political and economic relationship with the bloc.

According to the BBC, the UK Foreign, Commonwealth and Development Office is claiming that the EU is an international body and not a nation-state, so it cannot be treated in the same way.

The refusal to grant diplomatic status to the bloc's envoy means that de Almeida and his staff will not have the privileges and immunities afforded to diplomats under the Vienna Convention, or the opportunity to present his credentials to the Queen.

The broadcaster also claimed to have seen a letter to UK Foreign Secretary Dominic Raab from the EU's High Representative for Foreign Affairs, Josep Borrell, in which the European official had expressed his concern about the proposal, warning that it did not constitute "a reasonable basis for reaching an agreement".

The BBC, who said the issue is expected to be discussed by EU foreign ministers on Monday, quoted a UK Foreign Office spokesperson as saying: "Engagement continues with the EU on the long-term arrangements for the EU delegation to the UK. While discussions are still ongoing, it would not be appropriate for us to speculate on the detail of an eventual agreement". 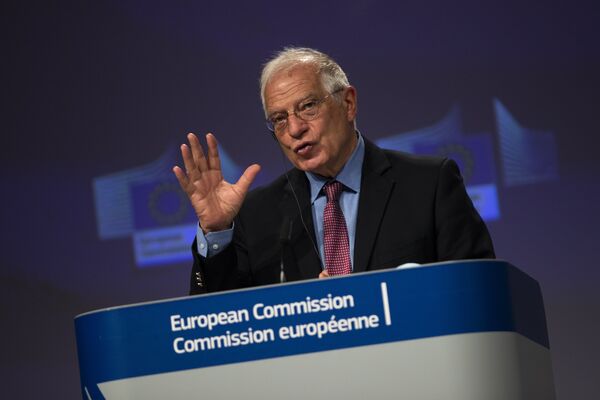 The report also said some in the EU fear that other governments might follow suit and downgrade the diplomatic status of its representative in their own countries.

Sputnik has approached the Foreign Office for comments.