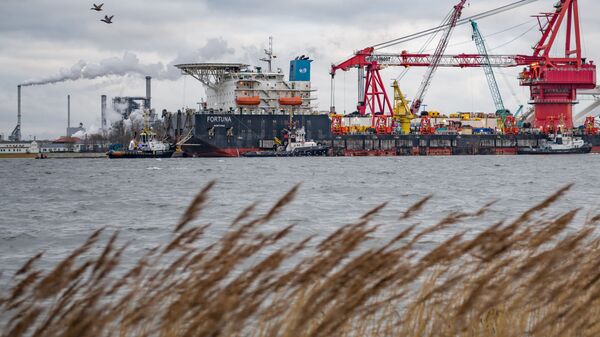 Oleg Burunov
All materialsWrite to the author
On Tuesday, Russia's ambassador to Washington Anatoly Antonov said that the latest US sanctions against Nord Stream 2 rode roughshod over international law, as well as “the principles of fair and free trade”.

German Chancellor Angela Merkel has critisised a spate of ex-territorial sanctions the US has recently slapped on companies involved in the implementation of the Nord Stream 2 gas pipeline project.

“Ex-territorial sanctions are, in any case, a measure I consider inappropriate,” Merkel told reporters on Thursday.

She was echoed by Germany’s Foreign Minister, Heiko Maas, who told the German news outlet NTV that Berlin views “these ex-territorial sanctions [against Nord Stream 2] as irrelevant”.

“We have repeatedly said it in the past,” Maas continued, adding that the German government is ready to discuss the US sanctions targeting Nord Stream 2 with the Biden administration.

The statement came a few days after Russia's ambassador to Washington, Anatoly Antonov, stated that the sanctions are "nothing more than blatant unfair competition" launched by the US in an attempt to create an advantage in the European energy market.

On Tuesday, the US Department of Treasury imposed sanctions on the Russian pipe-laying vessel Fortuna and its owner KVT-Rus for building the Nord Stream 2 gas-exporting route.

This was preceded by Maas telling the news agency Deutsche Presse-Agentur (DPA) in December that Berlin would not yield to pressure from Washington in the dispute the two were having over Nord Stream 2 - even after the transfer of power in the US on 20 January. 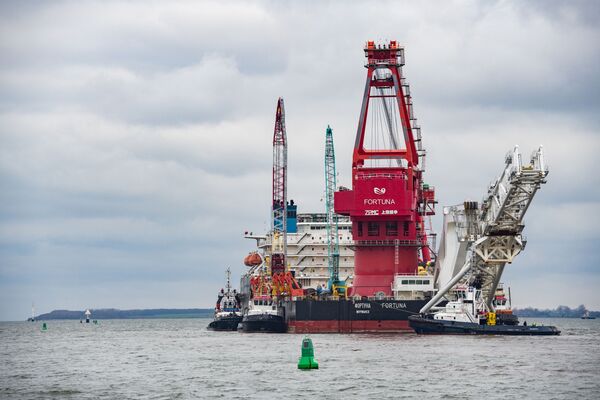 Pipe-laying vessel Fortuna in the port of the German city of Wismar. Gazprom plans to resume the construction of Nord Stream 2 in Danish waters
© Sputnik / Dmitry Lelchuk
/
Go to the photo bank

US lawmakers slapped sanctions on the project in December 2019, prompting a Swiss contractor to pull out of the project, and leaving it temporarily frozen with about 165 km left to build.

In December 2020, as Congress introduced a new round of sanctions, construction was restarted, with Russian officials promising that the project would be completed in 2021.

When completed, the pipeline will be move up to 55 billion cubic metres of gas per year from Russia to Germany, thereby doubling the capacity of the existing Nord Stream network, and turning Germany into a gas hub.

The US and some of its allies in Europe have been opposed to the project, claiming that it will increase European dependence on Russian gas. Moscow denies the allegations, saying this project is purely economic and urging the US not to politicise it.