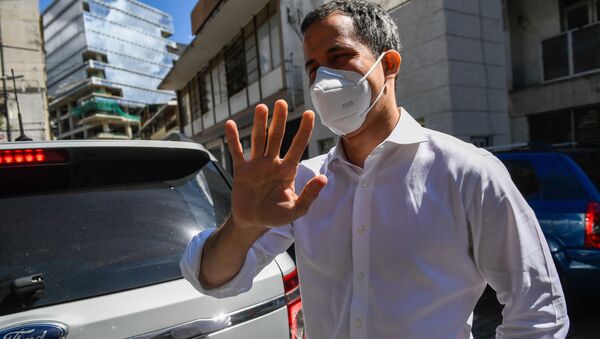 MEXICO CITY (Sputnik) - A representative of Venezuela’s opposition leader Juan Guaido in the US says he has been invited to the inauguration of US President-elect Joe Biden.

"This Wednesday, January 20, we will be representing the people of Venezuela and the legitimate Interim Government of the President Juan Guaido at the inauguration of US President JoeBiden, with the aim of continuing to work together with our main ally for a Free Venezuela," Carlos Alfredo Vecchio wrote on Twitter.

In January 2019, Venezuela plunged into a political crisis when the then-head of the opposition-controlled National Assembly, Juan Guaido, proclaimed himself interim president in a bid to oust reelected President Nicolas Maduro from power.

In December, Venezuela held parliamentary elections in which over 100 political parties and associations took part. Over 20 parties, including the opposition bloc of Juan Guaido, refused to participate in the vote. The socialist Simon Bolivar Great Patriotic Pole alliance (GPPSB) took 91.34 percent of the parliamentary seats, according to election results released by the National Electoral Council (CNE).

Later in December, Juan Guaido said that Venezuela’s opposition lawmakers would continue their work despite the parliamentary elections held earlier that month.

Biden's inauguration is planned for January 20. Limited attendance is expected and initially it was reported that only members of Congress and their invited guests, no more than one per lawmaker, were going to be allowed at the ceremony.