US Cuts Off Telephone Line to Russian Consulate in New York 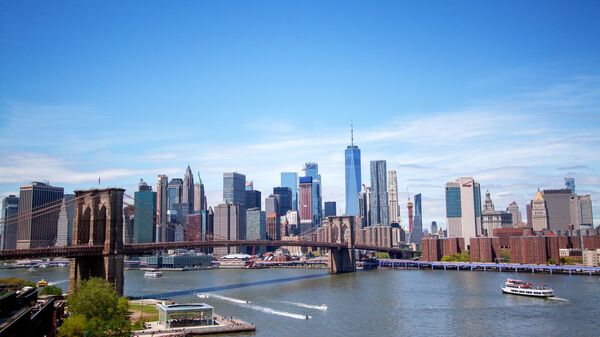 Tim Korso
All materials
This is not the first time the Trump administration takes actions against Russian diplomatic missions in the US. Back in 2017, Washington decided to close the Russian Consulate-General in San Francisco in response to the expulsion of American diplomats from Russia.

The Russian Consulate-General in New York has been completely cut off city telephone lines by the American authorities since 18 January, the diplomatic mission in the city has stated via its official Twitter account. The consulate added that it is occasionally also encountering issues with Internet connectivity.

A source at the Russian mission in New York says US authorities are citing technical issues as the reason for the cut-off. According to the source, however, a two-day delay in the resumption of telephone services is "unheard of". The diplomatic mission in the city has several telephone lines connected and all of them went dead at the same time, the source adds.

The diplomatic mission has asked people to use its email address to send any questions they might have, referring to their current inability to receive phone calls. 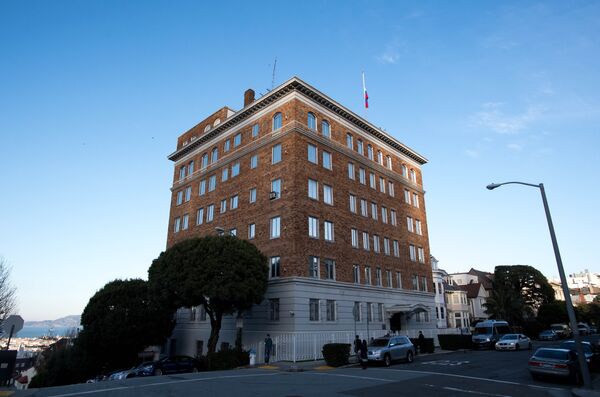 People walk past the Consulate-General of Russia in San Francisco, California on December 29, 2016
© AFP 2022 / Josh Edelson

The Trump administration previously took a number of actions against Russian diplomatic facilities, ordering the closure of the Consulate-General in San Francisco and the Trade Representative in Washington on 31 August 2017, giving diplomats only two days to abandon the buildings, and later also closing the Consulate in Seattle in 2019.

Despite the buildings remaining in Russia's ownership, American special services broke into the San Francisco Consulate one month after the diplomats' eviction, conducting searches and taking down Russian flags. Moscow called the actions by US law enforcement "illegal" and issued a strong protest. The diplomats' expulsion was Washington's response to the Kremlin's decision to expel a number of American diplomats from Russia in July 2017. Moscow justified the move by the need to keep the number of diplomatic staffers equal between the two countries, citing the Obama administration's move to expel 35 Russian diplomats in December 2016.