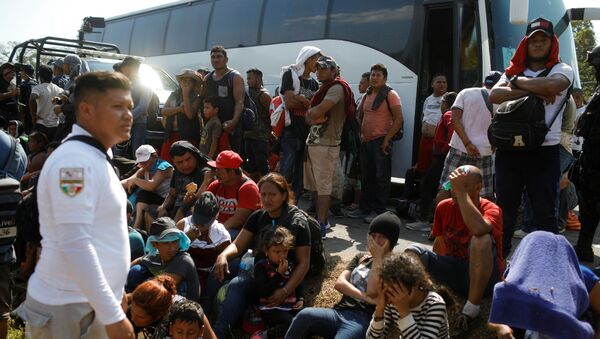 Ekaterina Blinova
All materialsWrite to the author
President-elect Joe Biden is planning to immediately roll out his immigration agenda, which comes in sharp contrast with that of Donald Trump, who promoted secure borders and legal migration. US political commentators have weighed up the possible consequences of Biden's liberalization of migration to the US.

Joe Biden is due to unveil a bill which will provide citizenship to about 11 million illegal immigrants living in the US on day one of his presidency. He is also expected to impose a deportation moratorium and extend protections for those called "Dreamers" and rescind Donald Trump's travel ban on predominantly Muslim countries using his executive authority.

Meanwhile, thousands of Honduran migrants are heading towards Mexico and the US southern border. Since Friday, 7,000 to 8,000 Hondurans have crossed into Guatemala, NPR reported on 18 January, citing Guatemala's immigration officials.

"Joe Biden has promised to be the opposite of Donald Trump in almost every way on the migration issue", notes Jessica M. Vaughan, director of policy studies for the Washington DC-based Centre for Immigration Studies. "He is pledging to be more lenient at the border, to stop the construction of the border wall system, to suspend deportations, to end use of detention for the most part for immigration violators and deportees."

The incoming administration is also going to lift the travel restrictions and immigration restrictions for people coming from "risky countries", Vaughan notes, referring to what a lot of people inaccurately call the "Muslim ban".

However, most importantly is a proposed massive amnesty for everyone who is now living in the country illegally, which the opposite of Donald Trump's migration policy.

"Under the Democratic leadership, and that has started under Obama, now we have Biden again, opening the red carpet for illegal criminals to come to the United States", says Brigitte Gabriel, National security analyst, NYT Bestselling author and Chairman, ACT For America.org. Her latest bestseller is "RISE".

Foreigners wishing to enter the US are seeing Biden's upcoming tenure as an opportunity, knowing that the new administration is "going to make it possible for them and grant them citizenship", she highlights. Hence, Americans are now seeing caravans forming already at the border even though President Trump is not yet out of office, according to Gabriel.

The Biden administration "is going to have to grapple with that" since "this is already out of their control", she warns.

Although Biden has pledged to end Trump's strict immigration policies, his aides told NBC News that the perception that the incoming administration will accommodate everyone entering the US from day one is false.

"The situation at the border isn't going to be transformed overnight," a senior transition official told the news agency, not specifying when exactly asylum seekers might be able to come to the US. 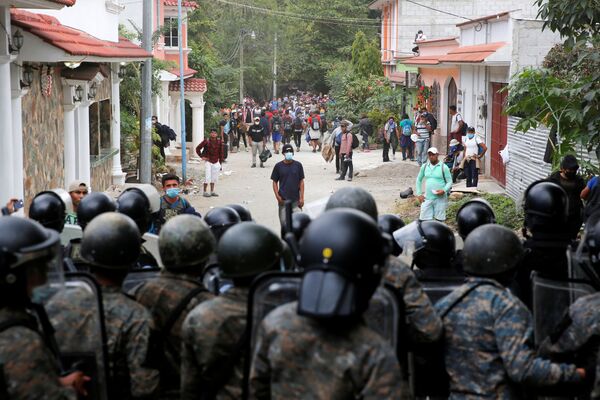 'Open Borders' Come at a Price for US

Biden's migrant policy may have a complex of ramifications for the US economy, as it coincides with growing unemployment and a recession caused by the coronavirus-related measures, notes Brigitte Gabriel.

Total non-farm payroll employment declined by 140,000 in December due to the spike in COVID cases and quarantine measures, according to data from the US Bureau of Labour Statistics. The unemployment rate stand at 6.7%, with millions of Americans who have lost their jobs remaining out of work. A September Yelp's Economic Average Report revealed that the number of business closures has soared, with 60% of closed businesses unable to reopen.

This situation could be exacerbated by the Biden administration's loose migrant policies, which have always come at a cost for the Americans, according to Gabriel. She notes that in 2016, $11 billion to $22 billion was spent on welfare for illegal aliens each year by state governments, while "$12 billion a year is spent on primary and secondary school education for children here illegally". In addition to this, $3 million a day is spent to incarcerate illegal criminal aliens and $2.5 billion a year is spent on Medicaid for illegals, according to the author. Gabriel argues that this money is diverted from American schools for American children and on American jobs and the American economy. "We are losing billions of dollars on building infrastructure every year", she stresses. 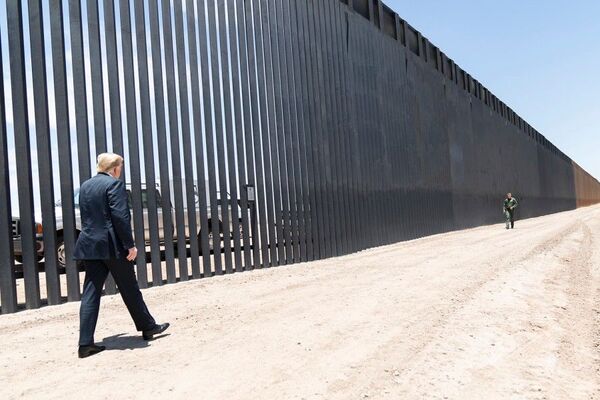 'Biden is Potentially Risking Support Due to His Migrant Policy'

Biden's amnesty plan does not look feasible, especially in the midst of a new border crisis, according to Vaughan, who does not believe that it will be passed by the US Congress anytime soon. According to the legislation, illegal aliens residing in the US as of 1 January 2021 would have a five-year path to temporary legal status, or a green card, in case they pass background checks and fulfil other basic requirements. Should they decide to pursue citizenship, they would have a three-year path to naturalisation.

"Congress is very divided right now, such a plan would have to be enacted by Congress", she notes. "They are extremely divided and are not going to be able to reach consensus on such a controversial plan while they are also trying to deal with the border crisis and the weak economy that resulted from the pandemic shutdown."

Vaughan highlights that there are many other problems that Congress is going to have to deal with. It will also be very difficult to push ahead with the legislation because of the border crisis, according to her. US congressmen know that voters "do not want to think about a massive amnesty when there are thousands of people now trying to reach the southern border to cross illegally and live here", she remarks.

At the same time, while Biden's migrant policies do seem reassuring to certain minority groups within the United States, it does not mean that the incoming president is necessarily gaining anything politically by making these promises, according to the scholar. Quite the contrary, Biden "is potentially risking support among groups of American citizens that are not in favor of a mass amnesty".

"Especially working class Americans who have to compete directly with illegal migrants for job opportunities", Vaughan notes. "And especially those who are concerned about their tax burden, and the effect on their community."

Biden wants people to come regardless of how they end up here, despite that endangers to the identity of America, and the wealth of America, according to Brigitte Gabriel, who argues that America is a nation of legal migrants in the first place.

"People, who are citizens, work so hard to pay their taxes to ensure that we have schooling, that we are able to have access to medical care", she says. "Then we have a flood of immigrants who are coming here who are not paying into these taxes, who are not participating in the system, yet they are reaping the benefits of what's in the bank account to benefit Americans, which depletes the money that's there to take care of Americans. And that's not right."