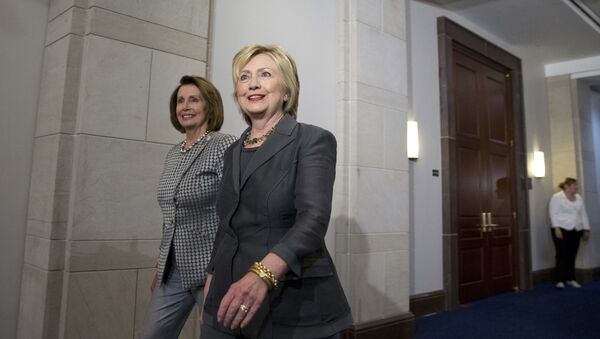 Tim Korso
All materials
Apparently, Mueller's extensive 22-month investigation into allegations that POTUS and his campaign colluded with Russia was insufficient to convince the hardened Trump critics that there is no conspiracy. The aforementioned probe failed to find sufficient evidence to support Clinton's claim the Kremlin was responsible for her 2016 election loss.

While some may have thought the notoriously unproductive RussiaGate investigations were history, two prominent Democrats are proving eager to revive them, but with a new spin. Discussing the recent events on Capitol Hill former presidential hopeful Hillary Clinton and House Speaker Nancy Pelosi, both hardened critics of Donald Trump, alleged the US president might have incited the 6 January Capitol riots on orders from Russian President Vladimir Putin.

"I would love to see his phone records to see whether he was talking to Putin the day the insurgents invaded our Capitol", Clinton stated while wondering "who pulls [the president's] strings".

The House speaker, who was a guest on Clinton's podcast "You and Me Both" agreed with Trump's former rival for the presidency, calling the protesters, who stormed the legislature "Putin's puppets", who were unwittingly "doing Putin's business". Pelosi reiterated her claim that Trump incited the insurrection with his speech at a "Stop the Steal" rally, despite being partly blamed for the Capitol's brief seizure by Republican Senator Lindsey Graham.

Naturally, neither of the Democrats offered even a shred of evidence that would explain how this idea came to them in the first place. Hillary Clinton alleged that Trump has "other agendas", but quickly admitted that she is totally "unaware" what these agendas are. The former presidential candidate suggested that a 9/11-like commission should be established to determine them and probe Trump for alleged collusion with Kremlin. 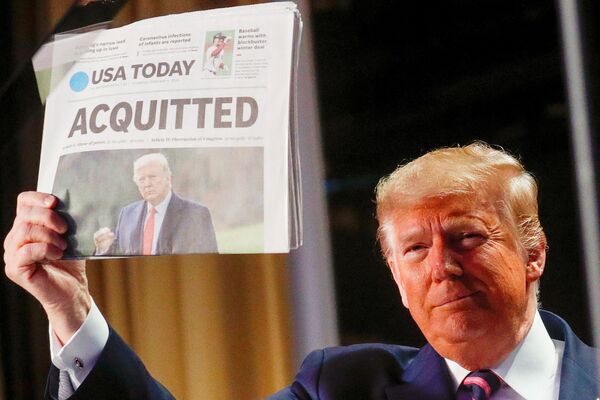 Pelosi was quick to agree with Clinton's suggestion about a new RussiaGate probe. The leader of the Democrats in the House went on to add that when it comes to Trump and his actions, "all roads lead to Putin". At the same time, Pelosi admitted that she has nothing to prove the connection between POTUS and the Russian president, who has seemingly become a go-to option for Democrats when something goes wrong in the US.

"I don't know what Putin has on him politically, financially, or personally, but what happened last week was a gift to Putin", the House speaker said referring to the 6 January riots.

The two Democrats apparently missed the ending of the last RussiaGate saga – a 22-month investigation by Special Counsel Robert Mueller that failed to find sufficient evidence of any collusion between Moscow and Trump or his campaign. The probe subsequently resulted in no people being put behind bars over the collusion charges, but instead convicted several of Trump's aides on various professional misconduct charges.

POTUS himself slammed the Russia probe as an unsubstantiated "Witch Hunt" that severely limited his ability to exercise his powers as president in the first years of his term. Both Trump and the Kremlin repeatedly dismissed the collusion allegations, mostly peddled by the Democrats, Clinton included, as unsubstantiated and false.