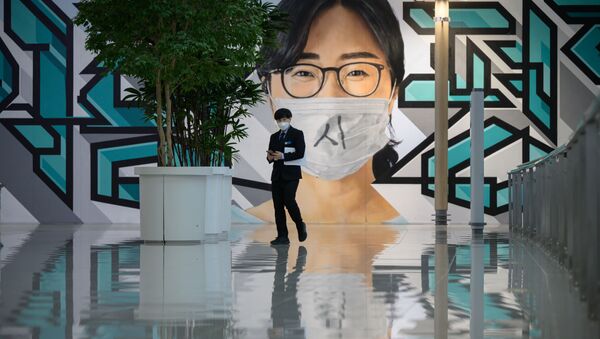 SEOUL (Sputnik) - South Korean President Moon Jae-in said on Monday that the nation would likely achieve herd immunity against the coronavirus disease under the government immunisation program by November of this year.

Speaking during a New Year's press conference held at the Cheongwadae presidential residence, Moon noted that the country would complete its preliminary vaccinations by September.

"By beginning from February, we plan to complete preliminary vaccinations by September. I believe we will be able to reach a general level of herd immunity by then", the president, whose address was broadcast on the state-run channel KTV, said.

Moon emphasised that South Korea would be among the first nations to achieve collective immunity, adding that some coronavirus-related measures may be eased, given that the third wave of the virus was on the decline.

"Vaccination will begin next month, and before that, medicines will be used", the president said.

Prime Minister Chung Sye-kyun said at a government meeting on Monday that the anti-coronavirus monoclonal antibody treatment developed by the Incheon-based biopharmaceutical giant, Celltrion, will be rolled out next month.

The drug reportedly reduces the recovery time of COVID-19 patients and has no recorded side effects. It is also said to kill the virus within 4-5 days, preventing the patient from developing severe symptoms.