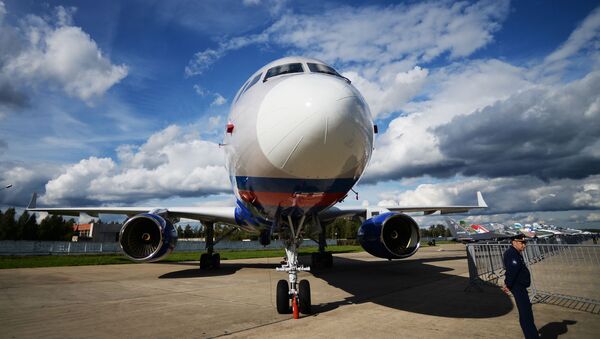 Oleg Burunov
All materialsWrite to the author
On Friday, the Russian Foreign Ministry stated that Moscow had started procedures to leave the Open Skies Treaty, as no progress had been made in removing the obstacles hindering the treaty's functionality after the Trump administration pulled the US out.

The Chinese Foreign Ministry said in a statement on Monday that Russia's withdrawal from the Open Skies Treaty was inevitable because of the US position on the matter.

"As far as I understand, the direct reason for Moscow initiating the procedure for withdrawing from the Open Skies Treaty (OST) was the US unilateral exit from it, despite the international position. This seriously undermined bilateral trust between the two countries’ armed forces and transparency between the relevant sides”, Chinese Foreign Ministry spokeswoman Hua Chunying underscored.

She added Russia tried to preserve the treaty, but that Moscow has not received “any positive reaction from the US and other OST members”.

The statement comes after Russian Foreign Ministry spokeswoman Maria Zakharova said on Friday that Moscow had begun withdrawal from the Open Skies Treaty because the situation was untenable after the US quit the agreement.

"We were hoping for constructive approach from Western countries, who said they were committed to the Open Skies Treaty. However, their political ties with the United States turned out to be more important for them than maintaining the important European security tool”, she added.

Russia made every effort to maintain the agreement after the United States left and suggested, as a solution, that the remaining parties guarantee that none of the data collected over Russia could be transferred to the US, according to the spokeswoman.

"The situation was untenable for us, as all NATO members retained their ability to monitor Russia, but the territory of the alliance leader, the US, was closed to Russia”, Zakharova pointed out.

Official Says Pentagon Could ‘Rapidly’ Prepare New Nuke Test as US Exits Open Skies Treaty
On 21 May 2020, President Donald Trump said the US would pull out of the Open Skies Treaty due to alleged violations by Russia, something that was denied by Russian Deputy Foreign Minister Alexander Grushko, who stressed that all of the agreement-related issues the US raises can be discussed within the framework of the Open Skies Consultative Commission.

US participation in the treaty officially ended on 22 November, six months after Washington announced its intention to quit the agreement.