Investments in Oil and Gas in Norway Increase in 2020 Despite Environmental Push, COVID Pandemic 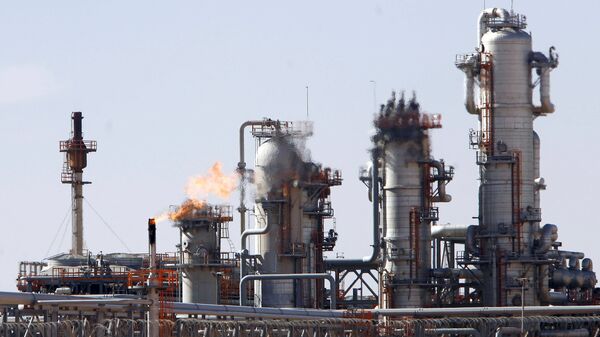 Igor Kuznetsov
All materials
Oil and gas remain Norway's most important commodities in Western Europe's leading energy exporter. At the turn of last year, a total of 90 fields were in production on the Norwegian shelf, with four new ones put into operation during 2020.

Investments in oil and gas in Norway increased last year, despite the economic slump due to the coronavirus pandemic, the Norwegian Petroleum Directorate reported.

"Last year, investments were at roughly NOK 150 billion [$17.5 billion]. That corresponds to an increase of around 2 percent compared with the previous year", director general of the Norwegian Petroleum Directorate Ingrid Sølvberg said in a statement.

This year, investments of around NOK 140 billion ($16.3 billion) are expected. Next year they are expected to fall slightly, and then rise again. The Norwegian Petroleum Directorate also raised its overall investment forecast over the next five years.

The high level of investment has been attributed, among other things, to several new oil and gas fields being under development. Still, the coronavirus pandemic and falling oil prices have put a damper on further exploration. About 50 exploratory wells were planned for 2020, but only 31 were actually launched.

Another important factor in the increased activity was the crisis package for the oil sector, adopted by the Norwegian parliament in June of last year amid the COVID-induced economic slump.

Minister of Petroleum and Energy Tina Bru argued the figures indicate that the crisis aid has worked.

"The oil package has helped to keep optimism up in the industry and provides a smoother investment rate this year and in the coming years than we otherwise would have had", she said, as quoted by the news outlet ABC Nyheter.

The Progress Party's energy policy spokesman, Jon Georg Dale, added that this should be a "wake-up call" for all the parties on the left that criticised the stimulus package as financial gambling.

By contrast, the Socialist Left Party argued that the government failed to use the crisis assistance strategically to alleviate and fight back climate change, a quest reflected in the recent name change by Norway's oil giant from Statoil to Equinor.

"While we see that other countries go green in their investments, Norway has done the opposite", Socialist Left spokeswoman Kari Elisabeth Kaski said. "We have actually become more oil-dependent through the crisis policy that was pursued last year", she underscored.

Norwegian Petroleum Directorate head Ingrid Sølvberg has issued a political warning, emphasising the Oil Fund covered 25 percent of the state budget in 2020 and that a total of NOK 7,000 per month ($815) per Norwegian was spent during the pandemic. According to Sølvberg, this indicates how central the petroleum industry is to ensuring continued high revenues for the community.

"The petroleum industry has a major and important task in communicating the energy realities to the outside world, including the important role of oil and gas in the energy mix for many decades to come", she said addressing environmental concerns.

Norway remains one of the world leaders in exports of energy resources, covering about 2 percent of global oil demand and 3 percent of natural gas demand. Oil and gas remain Norway's most important export commodities. At the turn of the year, a total of 90 fields were in production on the Norwegian shelf, with four new ones put into operation during 2020.