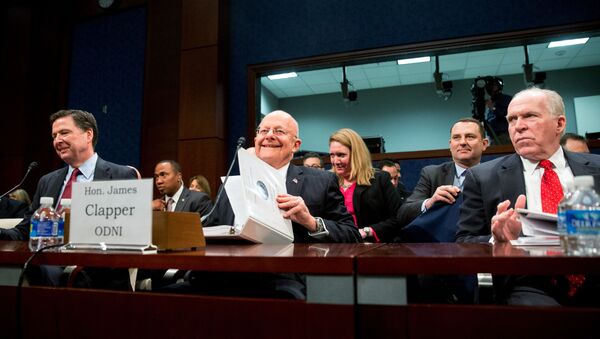 Ekaterina Blinova
All materialsWrite to the author
On 15 January, Senate Judiciary Committee Chairman Lindsey Graham released a batch of documents related to the FBI's probe into Donald Trump's alleged collusion with Russia. Earl Rasmussen, executive vice president of Eurasia Centre, explained how the disclosure may affect the situation now that Trump is about to step down.

The trove released by Senator Lindsey Graham includes hundreds of pages of interviews with FBI and Justice Department officials conducted by the Senate Judiciary Committee between 3 March 2020 and 29 October 2020. Commenting on the disclosure, the congressman denounced the FBI's investigation as "a massive system failure by senior leadership" and "one of the most incompetent and corrupt investigations in the history of the FBI and DOJ."

The FBI's Crossfire Hurricane probe into the Trump campaign's supposed ties with Moscow formally launched on 31 July 2016 was followed by Robert Mueller's all-out Special Counsel inquiry, which concluded in the spring of 2019 that there was no evidence confirming any Trump-Russia "collusion" whatsoever. "The leadership of the FBI under [James] Comey and [Andrew] McCabe was either grossly incompetent or they knowingly allowed tremendous misdeeds," Graham emphasised.

'It's Sad That Senior Officials Tried to Undermine US President'

"I think those that are familiar and have followed Crossfire Hurricane along with the Mueller investigation and the entire Russiagate hoax are probably pleased with the release of the information," says Earl Rasmussen, executive vice president of the Washington-based think tank Eurasia Centre. "Although it's probably not much of a surprise to many and there is likely information we still are not aware of."

The investigations into the Trump campaign should never have happened in the first place, especially given that "senior officials lied, official documents were falsified, and the FISA court was misled and deceived at almost every step," argues the scholar.

“...I have decided to release all transcripts of depositions involving the committee’s oversight of the Crossfire Hurricane investigation. We have released as much material as possible, but some classified material has still been withheld." - Chairman @LindseyGrahamSC

​"It is sad that senior officials knew about and actively participated in these corrupt actions to undermine the President of the United States and the nation," he adds. "I would hope those involved with this seditious ruse will be held accountable. In addition to tarnishing and hindering President Trump these actions were a discredit to the vast majority of dedicated career FBI and Justice officials who work tirelessly to protect the country."

In December 2019, Justice Department Inspector General IG Michael Horowitz released a report exposing a considerable number of procedural violations by the FBI in acquiring FISA warrants to spy on Trump campaign aides. Nevertheless, the inspector general concluded that Crossfire Hurricane was not politically motivated and was launched with appropriate predication. Following the publication of the report, President Trump accused Horowitz of overlooking bias within the FBI. 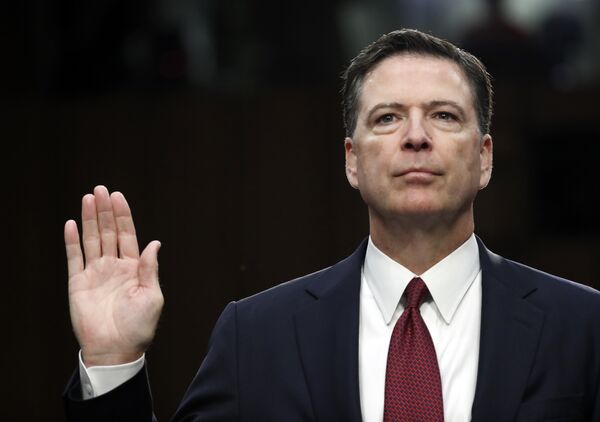 FBI and DOJ Documents Have Yet to Be Declassified

President Trump requested declassification of all documents concerning Russiagate in early October 2020. However, according to CNN, CIA Director Gina Haspel and FBI Director Christopher Wray did not rush to follow Trump's orders, arguing that this could compromise the intelligence agencies' sources and methods.

"President Trump requested declassification several months ago, however, it seems to have been slow rolled for official declassification and release, perhaps for political purposes or desiring that release prior to the election may have appeared politically motivated," the think tank's vice president suggests.

Earlier this week, investigative journalist and founder of Just the News John Solomon said on "Hannity" that a large trove of FBI and DOJ documents exists "12 to 14 inches high." Solomon teased in his podcast that the documents would reveal Hillary Clinton and Obama administration corruption: "They wanted to neutralise Donald Trump," the journalist suggested. "The entire Russia collusion investigation was predicated on a dirty trick to protect Hillary Clinton from her own email and Russia liabilities."

The Senate committee's disclosure "in many ways it confirms suspicions that the president had regarding the illegal surveillance of his campaign and key staff members both pre and post-election in 2016 as well as when he was president," according to Rasmussen.

"Moreover, it substantiates claims that Crossfire Hurricane as well as the Russiagate investigations were based on faulty information and were highly likely designed to hinder and manipulate President Trump’s administration and policy agenda, if not to find some means to remove him from office early," he says.

Given that Trump was impeached by the House earlier this week, the "release of the documents may act to retain Republican support in the Senate trial and to tap down some of the rabid rhetoric coming from the president’s opponents, and potentially provide some type of defence to counter essentially a Kangaroo court held by the House this past week," the scholar adds.

"While one would hope that the public would move past the Russiagate hoax and the accompanying Trump Derangement Syndrome, it is highly unlikely that the mainstream media will actively cover the information and if they do, there will likely be some type of anti-Trump spin to the narrative. Which is unfortunate," Rasmussen emphasises.