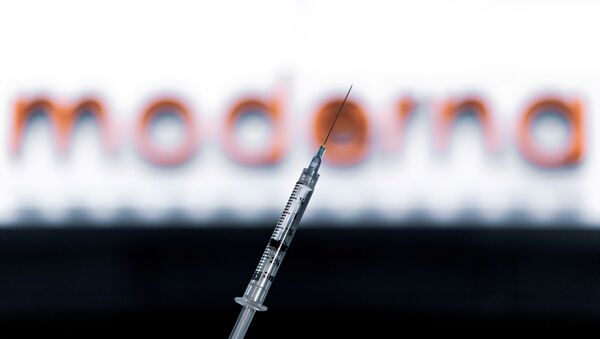 Evgeny Mikhaylov
All materialsWrite to the author
Moderna, the Centres for Disease Control and Prevention (CDC), and the US Food and Drug Administration (FDA) are currently reviewing the batch after around 10 people suffered "a possible severe allergic reaction".

According to the California Department of Public Health, doses from Moderna Lot 041L20A are suspected of causing a "higher-than-usual number of adverse events", and should be put away before a probe is concluded.

The said incidents appear to be localised at a single community clinic, which was reportedly closed for several hours after the adverse reactions were reported. In total, the batch of 330,000 doses has been distributed to 287 providers across the state, but this is the first time an allergic reaction to it has been reported, state epidemiologist Dr Erica S. Pan said.

#BREAKING from @CAPublicHealth : Vaccine providers have been recommended to pause the administration of a specific lot of the #Moderna #COVID19 vaccine due to possible allergic reactions that are under investigation. pic.twitter.com/cQCZeqm3ye

An acute allergic reaction was previously reported in Boston in December after a physician received a Moderna vaccine. At the same time, American medical authorities are also probing several cases of severe reactions to the Pfizer/ BioNTech coronavirus medication.

California is the worst-hit US state, with around 3 million infected (1 million of them in Los Angeles) and over 33,000 deaths, according to Johns Hopkins University.