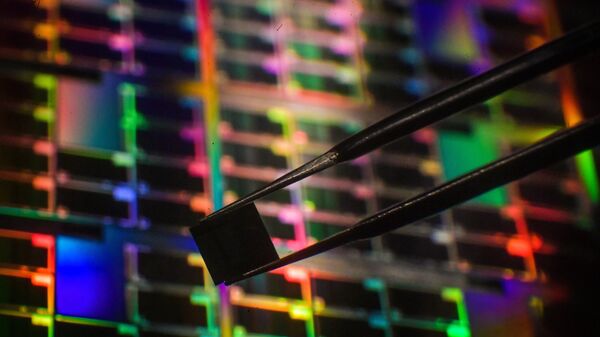 Ilya Tsukanov
All materialsWrite to the author
The Trump administration blacklisted Huawei and other Chinese tech giants in 2019 as part of a broader trade war with Beijing, but has repeatedly issued exemptions to restrictions for US companies, including Intel and Microsoft, after the corporations expressed fears that they would face multi-billion dollar losses if trade was stopped completely.

The Trump administration has revoked at least one of Intel's licences to sell components to Huawei, Reuters has reported, citing unnamed sources said to be familiar with the matter.

Along with Intel, several other Huawei suppliers were said to have been notified that licenses would be revoked, and the administration reportedly plans to reject 'dozens' of applications.

Before the decision, the approval of some 150 export licences worth $120 billion was said to have been delayed amid internal squabbling among Washington regulators, one of Reuters' sources said.

Despite Washington's blacklisting of the company two years ago, Huawei continues to use Intel components, including processors, for many of its products, including its new MateBook X Pro and MateBook 13/14 series laptops.

In May 2019, the Commerce Department blacklisted Huawei and 70 of its affiliates from doing business with US companies, ostensibly over security concerns, but has since issued a series of exemptions allowing them to continue selling components and technology to the Chinese giant.

Last month, the Financial Times reported that Washington's European allies have been becoming "increasingly frustrated" over the US restrictions, with American tech vendors reportedly able to easily bypass restrictions and sell products to the People's Republic and fill a void left by European firms fearful of secondary sanctions. Business and diplomatic sources told the newspaper that while US companies had been given exemptions to continue supplying Huawei, European suppliers have effectively been barred from doing so.