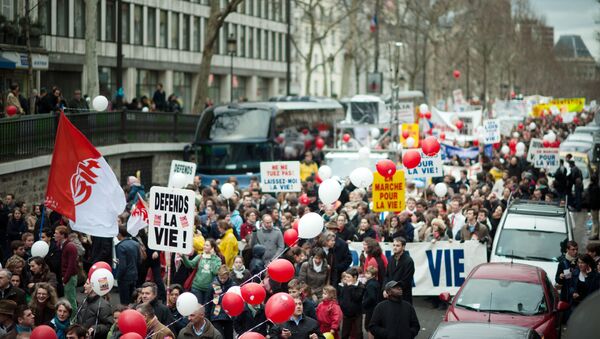 © AFP 2023 / MARTIN BUREAU
Subscribe
International
India
Africa
A separate event is also expected the same day in a digital format due to the restrictions posed by the ongoing coronavirus pandemic.

Sputnik is live from Paris where "March for Life" anti-abortion activists are rallying against an upcoming discussion in the Senate to broaden abortion rights.

The prospective bill could push the legal deadline for pregnancy termination from 12 to 14 weeks and remove the conscience clause specific to abortions.

March for Life is an annual public protest, initiated by several French pro-life organisations, held in the French capital in late January.