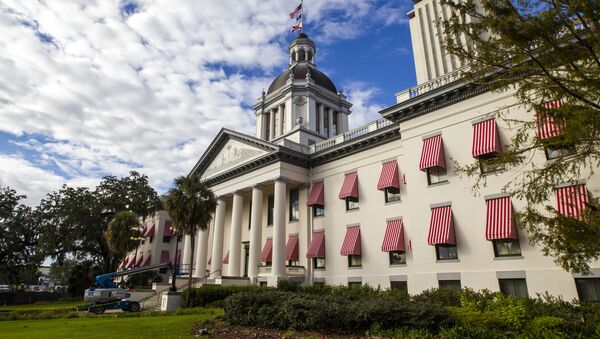 Alexandra Kashirina
All materialsWrite to the author
Following the deadly 6 January attack by Trump supporters, the FBI is preparing for multiple armed protests in DC and state capitals in response to the upcoming 20 January inauguration of President-elect Joe Biden, with many in the GOP continuing to claim that the 2020 presidential election was stolen from the outgoing US president, Donald Trump.

Reported on Sunday, 33-year-old Daniel Alan Baker was alleged to have been recruiting like-minded people through social media to join him in an armed protest against pro-Trump supporters reportedly planning to gather on Sunday at the state Capitol, just a few days before the inauguration, according to Fox News.

Baker, alleged by the outlet to be an “antifa” supporter, identifies himself as a “hardcore leftist.” He was arrested on Friday by the FBI for violating a federal law of, according to the criminal complaint, "transmitting in interstate or foreign commerce any communication containing any threat to kidnap any person or any threat to injure the person of another."

The activist on Friday appeared before Magistrate Judge Charles A. Stampelos and will remain in a detention centre until a 21 January hearing.

Baker served in the US Army before being expelled for going AWOL just before his unit was sent to Iraq. After his expulsion, he lived nearly 10 years as a homeless man in the Tallahassee area before joining the People’s Protection Units (YPG), a primarily-Kurdish armed militia fighting in Syria against ISIS and the Turkish government. 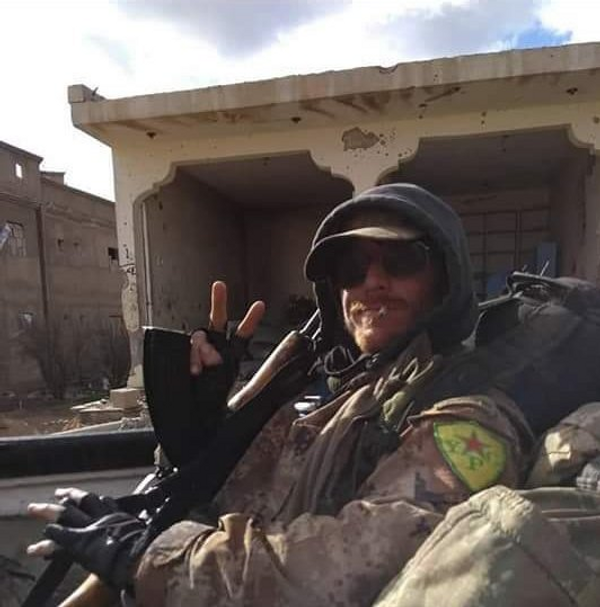 Photo said to be of antifa supporter Daniel Alan Baker, arrested by the FBI for calls to attack Trump supporters and police officers in pre-inaugural protests
© Photo : Twitter/@JackPosobiec

Baker had reportedly traveled around the US and was spotted at several rallies against police brutality and what he described in social media as the "destruction of America," including in Seattle’s CHOP (Capital Hill Organised Protest) zone and the CHAZ (Capitol Hill Autonomous Zone).

These areas were temporarily established in a number of American cities by anti-police-brutality activists and their supporters, after the killing of George Floyd in Minneapolis. The urban autonomous zones in several cases enclosed some city blocks in barricades and refused to submit to the police.

Over the past months, Baker became more active on social media, gaining and training followers to promote anti-government views, while threatening police officers and what he described as White supremacists and  fascists in the White House. He recently urged followers to prepare for civil war, sharing flyers with calls to join an armed protest on 20 January.

"This is an armed COUP and can only be stopped by an armed community! If you're afraid to die fighting the enemy, stay in bed and live," the flyer reads, referring to defending against armed Trump supporters seeking to overturn the results of the 2020 US presidential election. 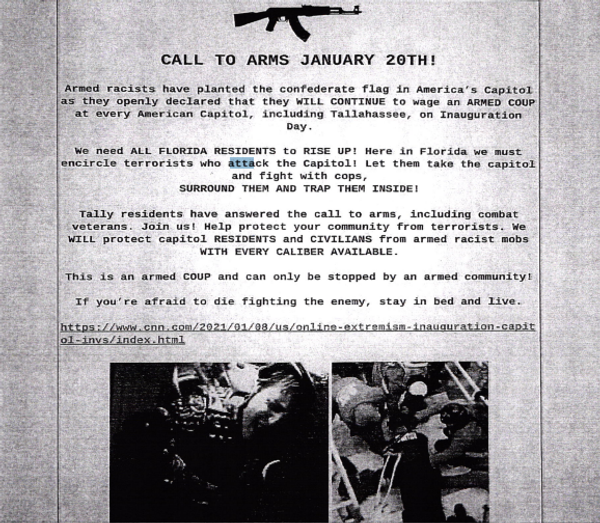 A screenshot from the criminal complaint, depicting Baker's 14 January post with the image 'Call to Arms January 20th!' as a response to a news article by a local outlet saying TPD would be "fully staffed and prepared ahead of any potential Inauguration Day protests."
© Photo : Florida US District Court/Special Agent Nicholas Marti

According to the prosecution, Baker appeared in photos and YouTube videos with antifa flags and various firearms with high-capacity magazines piled in the background. He reportedly planned to obtain additional firearms, including an AK-47 and a pistol, prosecutors said.

"There will be no faith in law enforcement until every single department is shut down and replaced by new faces. Yall better hope the cops find you before we do cuz l believe in torturing prisoners for information. Yall better turn yourselves in cuz we dont intend to involve the cops," Baker said on a YouTube video posted 8 January.

After the 6 January violent Capitol storming, Facebook suspended his account, but Baker said on 12 January that the ban had been lifted, adding: "Death to amerikka of course, f--k the president, current and elect."

On 6 January Trump supporters arrived in Washington DC from around the country to join armed protests, violently breaking into the US Capitol and killing five, as the joint session of Congress was certifying the results of the 14 December Electoral College vote. During the deadly storming three civilians, one US Air Force veteran and one police officer were killed.

Against this backdrop, law enforcement agencies have been monitoring online calls by Trump supporters to rally throughout the country. Authorities in all 50 states have been alerted to potential acts of violence and additional unrest in Washington DC ahead of the 20 January inauguration.

The US Defense Department has already announced that it will provide 25,000 troops in Washington DC to ensure security during Joe Biden’s inauguration. The US capital has remained on high alert, bolstering additional security. Officials have erected security barriers at several government buildings and deployed some 7,000 National Guard troops to the city.